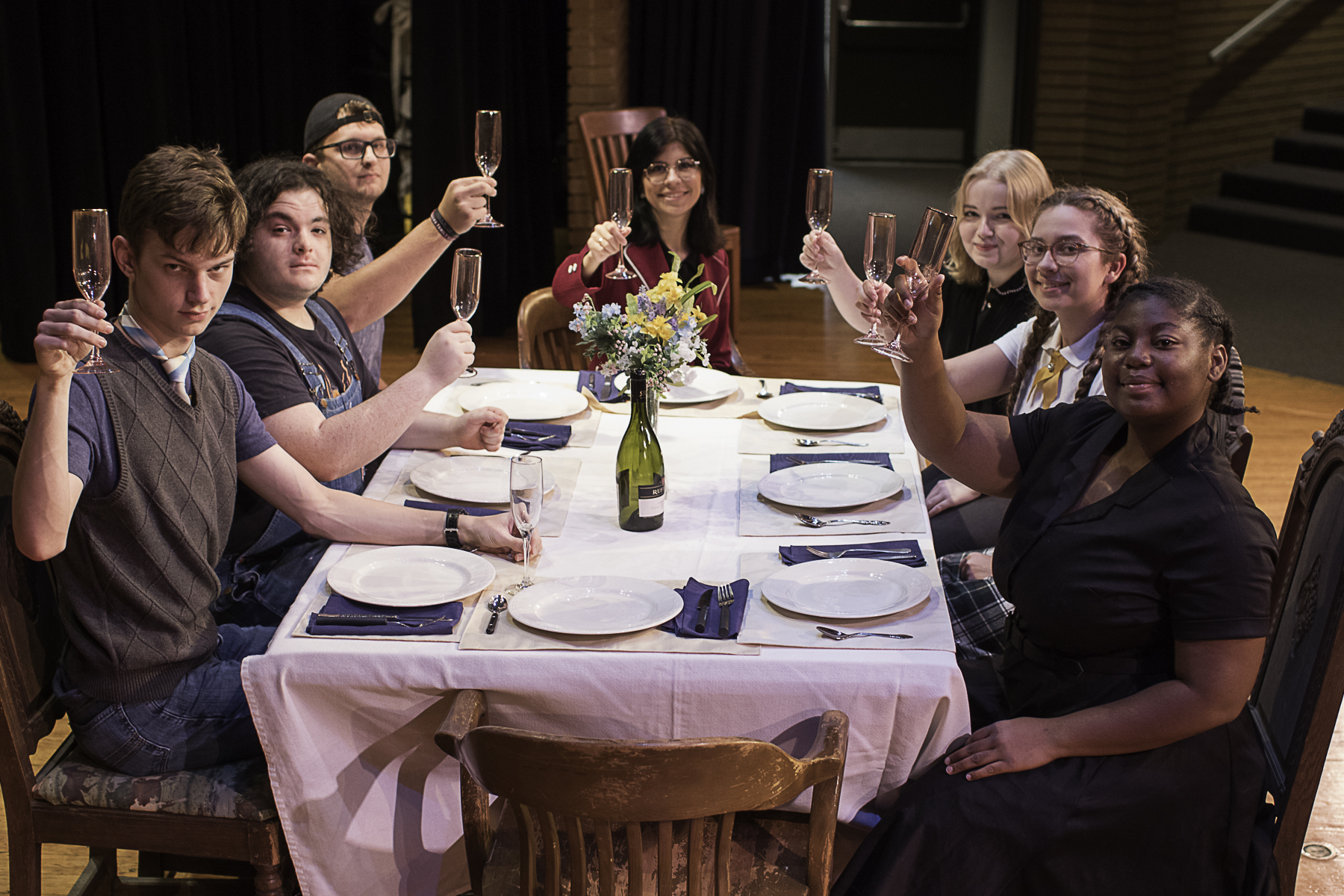 The Wharton County Junior College Drama Department will present "The Dining Room" at 7 p.m. Oct. 13-15 at the Horton Foote Theatre on the Wharton campus. Pictured, starting at the bottom left and going clockwise around the table, are Wil Harborth of Wharton, Brayden Leva of Sugar Land, Riley Moseley of East Bernard, Maegan Hackstedt of Needville, Karis Meek of Boling, Crystal Hackstedt of Needville and Valerie Brown of Wharton. Not pictured is Ben Wandell of Needville.

WHARTON, TEXAS – The Wharton County Junior College Drama Department will open its Fall 2022 season with “The Dining Room,” a fascinating play that considers various eras of the 20th Century from the same room in the same house. The presentation offers a unique look into changing family values, customs, education and morality.

“The Dining Room” is scheduled for 7 p.m. Oct. 13-15 at the Horton Foote Theatre in the Duson-Hansen Fine Arts Building on the Wharton campus. The show is free and open to the public.

WCJC Drama Instructor Jami Hughes said she had seen the play previously and found it to be both poignant and humorous. She felt it was a good fit for her students as the actors must handle multiple roles, as many as four to eight different characters each.

“Playing multiple roles is a challenge and I thought it would be a great way to introduce them to this concept,” she said. “The way the scenes interweave with each other is also an interesting concept that helps them work on focus and timing.”

The play was written by A.R. Gurney, a New York playwright and novelist who passed away in 2017. Gurney’s play “Love Letters” was nominated for a Pulitzer Prize.