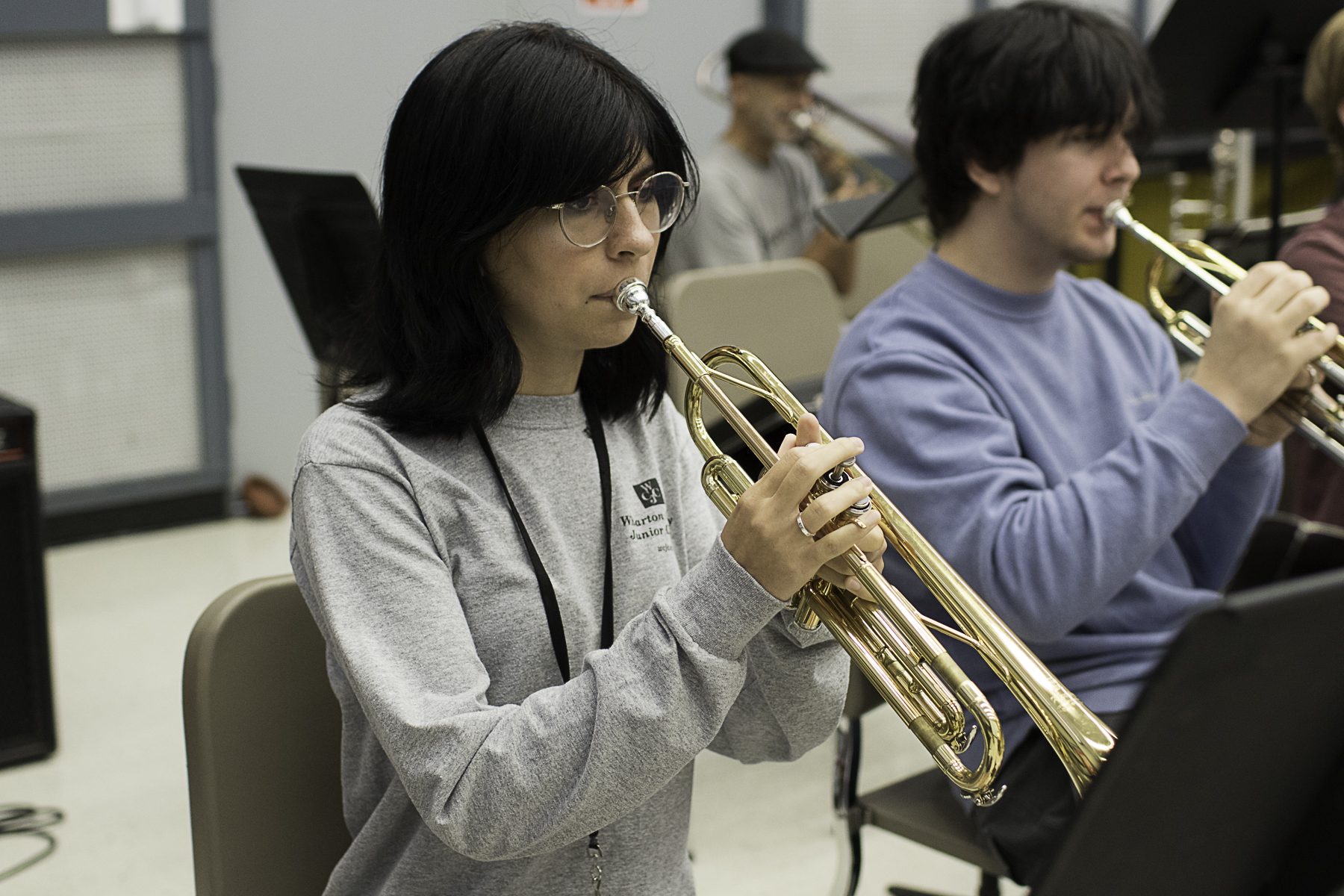 Wharton County Junior College Band members Maegan Hackstedt of Needville and Aidan Eide of Van Vleck rehearse for the upcoming "A Touch of Class-ic" concert, scheduled for 7 p.m. Sept. 27 at the Horton Foote Theatre on the Wharton campus. The concert is free of admission and open to the public.

WHARTON, TEXAS – Featuring the works of Mozart, Bach and Beethoven, the Wharton County Junior College Band’s first concert of the fall season is sure to be a classic.

Entitled “A Touch of Class-ic”, the concert is scheduled for 7 p.m. Sept. 27 at the Horton Foote Theatre in the Duson-Hansen Fine Arts Building on the Wharton campus. The concert is free of admission and open to the public.

WCJC Band Director Joe Waldrop said most of the selections will be familiar to the audience, though many listeners may not realize that the songs date back to the 17th and 18th centuries, a period known as the Classic Period. Selections include the “William Tell Overture” (better known as “The Lone Ranger” theme song), “Night on Bald Mountain” (from the classic Disney movie “Fantasia”), Beethoven’s 5th Symphony and several of Mozart’s most popular pieces.

Learning this style of music has not been without its share of challenges, Waldrop noted. Many of the pieces were written prior to the advent of modern-day musical instruments and contain rhythms that are difficult to duplicate. The WCJC Band’s interpretation of these classics is sure to be a crowd pleaser.

“I hope that the community will come out and support our performance,” Waldrop said.