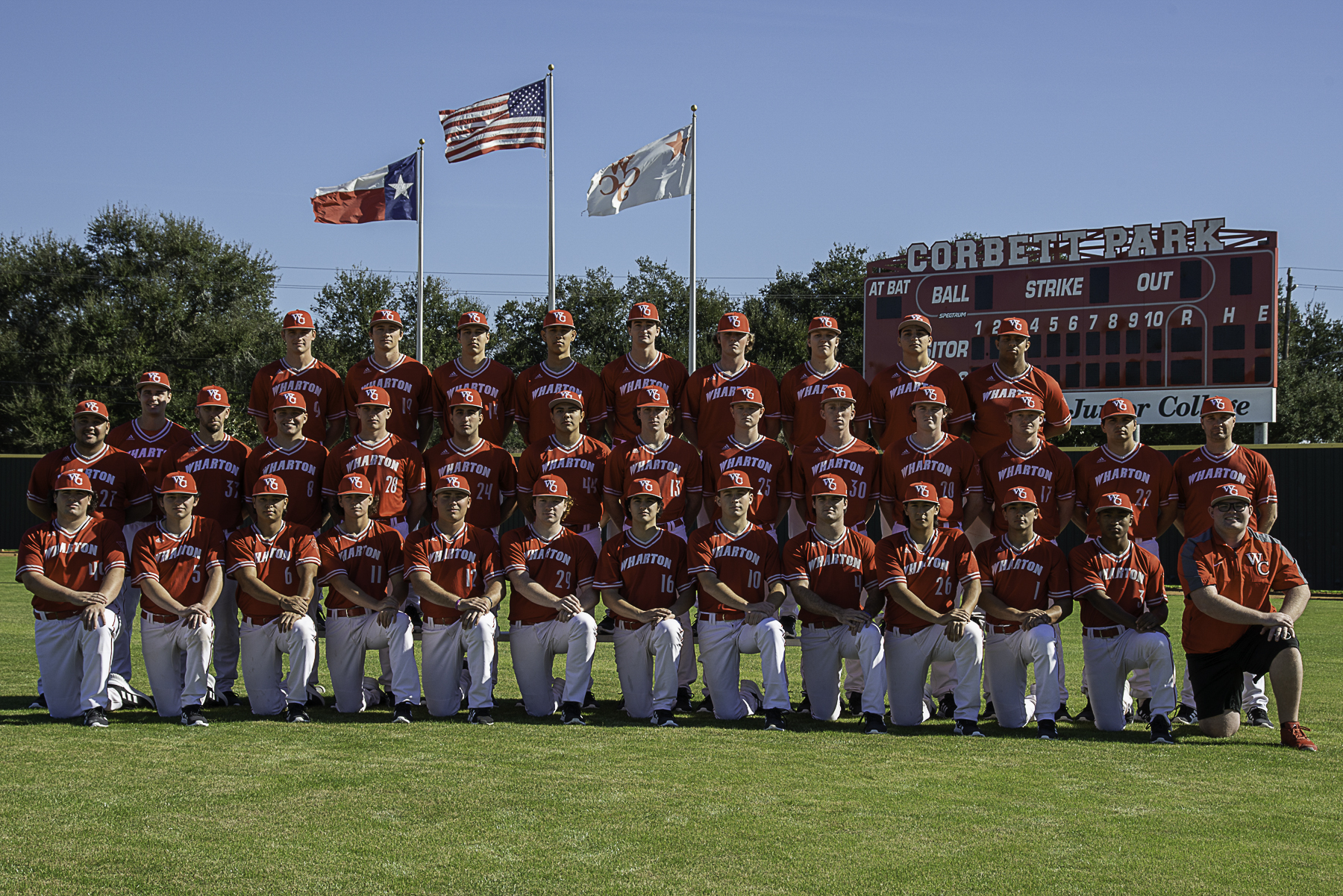 WHARTON, TEXAS – The Wharton County Junior College Pioneers baseball team has qualified for the Region XIV Tournament after a stellar season of 35 wins. That’s only one win short of the college’s single season win record of 36, set in 2004.

“This group of guys has done a great job of wanting to learn and get better daily,” said Pioneers Baseball Coach Trey Porras. “We are extremely excited to get the postseason underway.”

The National Junior College Athletic Association Region XIV Tournament begins on Friday, May 6, with the Pioneers taking on Bossier Parish Community College at San Jacinto College. The game begins at 6 p.m. and will be broadcast on TSRNsports.com. The tournament consists of two, double-elimination “sub-regionals” which contain four teams each. WCJC is in the sub-regional with San Jacinto College, Bossier Parish Community College and Tyler Junior College.

During the regular season, WCJC beat Tyler twice and played San Jacinto seven times winning two games. WCJC did not play Bossier Parish. The Pioneers finished the regular season at 35-20 and conference at 23-12. The winners of the two sub-regionals will play a three-game series to determine who goes on to the NJCAA World Series.