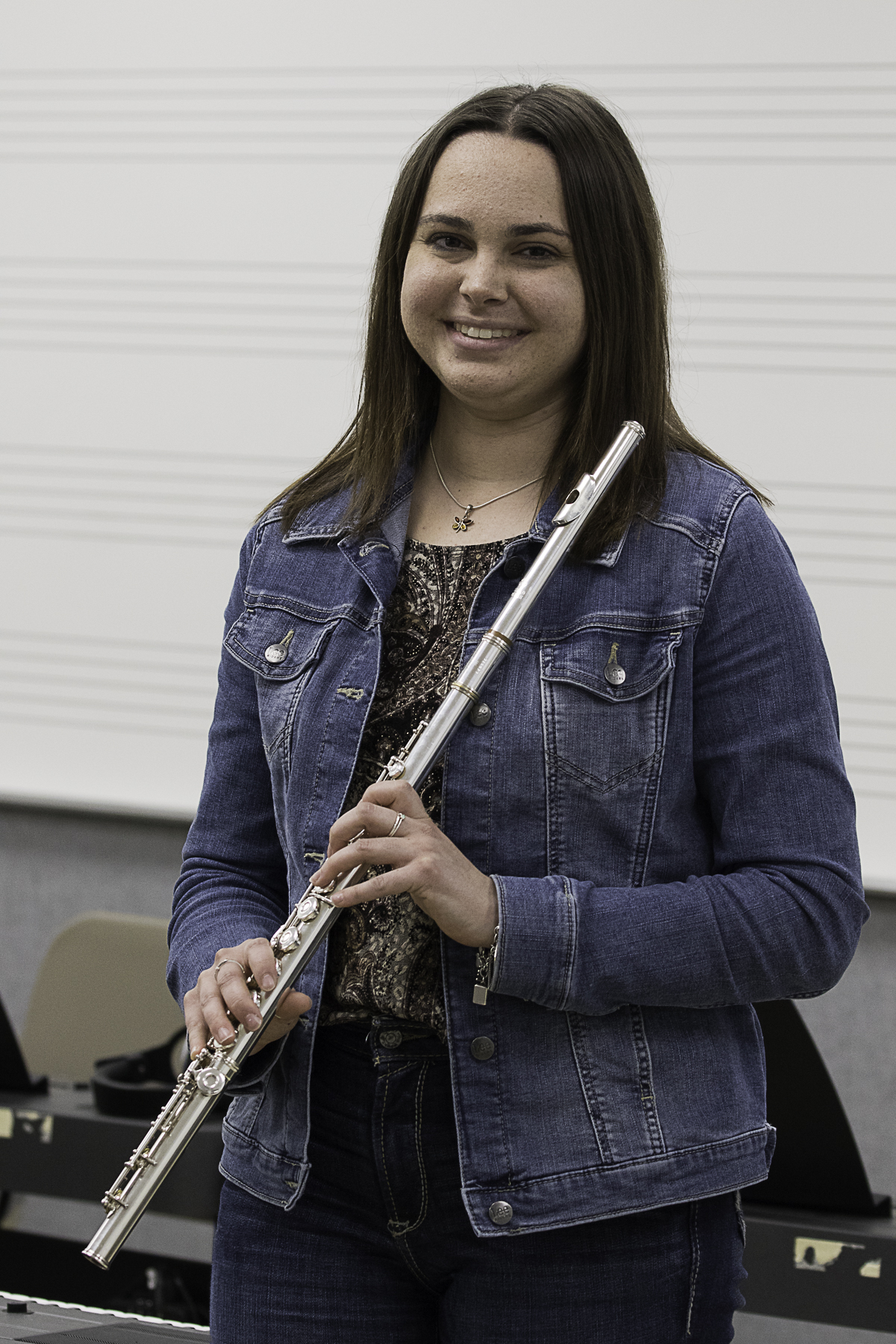 “There were 26 different flutes that participated in this contest and only the top 11 were chosen to be a part of the band,” said WCJC Band Director Joe Waldrop. “Elizabeth made the top nine.”

As part of her accomplishment, Jeffery was invited to perform at the 75th Texas Music Educators Association Convention in San Antonio earlier this spring. Jeffery said her achievement was something of a surprise as she was one of the only non-music majors to qualify for the event. She considered herself an “underdog” but went after the competition, recording two pieces of music last fall that Waldrop submitted to the judging panel.

“It was a great experience,” she said.

A Boling High School graduate, Jeffery began playing the flute in sixth grade and later picked up the piccolo. Her time at WCJC was both rewarding and memorable.

“It’s been really good here at WCJC. I’ve enjoyed all my teachers and especially Mr. Waldrop,” she said.

Her mother, Jennifer Jeffery, is a member of WCJC’s faculty as an instructor of biology. Jeffery plans on following in her mother’s footsteps, pursuing a biology degree at Texas Tech University and possibly going on to medical school.

And as far as her musical talents?

“I might continue to play as a hobby or maybe with the Texas Tech marching band,” she said.