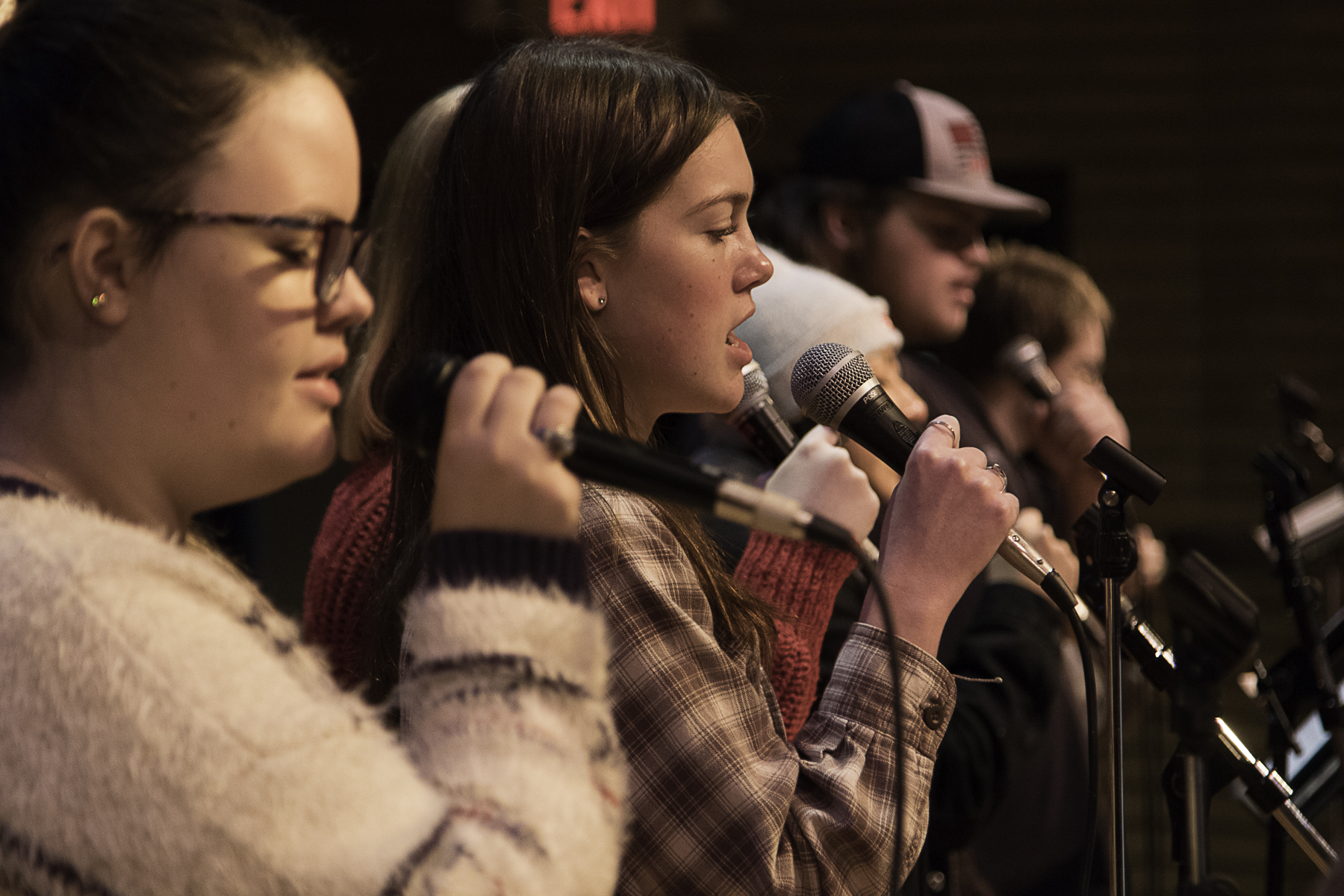 Wharton County Junior College Choir members rehearse for the "Welcome to the 60s" concert, scheduled for 7 p.m. Tuesday, March 8, at the Horton Foote Theatre in the Duson-Hansen Fine Arts Building on the Wharton campus. From left are Bailey Bronsell of Rosenberg, Tesa Gustavus of Needville, Russell Richter of El Campo and Nick Paoletti of Sugar Land.

WHARTON, TEXAS – The Wharton County Junior College Choir will step back in time to the groovy sounds of the 1960s when they take the stage for their first performance of the Spring 2022 semester.

The “Welcome to the 60s” concert will take place at 7 p.m. Tuesday, March 8, at the Horton Foote Theatre in the Duson-Hansen Fine Arts Building on the Wharton campus. The event is free and open to the public.

Choir Director Dr. Karl Paoletti chose this particular genre because of the complexity of the music.

“The 1960s were a decade with a rich musical history,” Paoletti said. “The rhythmic patterns in the arrangements we are performing are very sophisticated. We have spent a great deal of time working on our execution.”

Selections will include hits from the Beatles, the Beach Boys, Johnny Cash and several others. The WCJC Band will lend a bass player and a percussionist to the concert to add some rhythm.

“The music is exciting and familiar and I think the audience will love this concert,” Paoletti said.