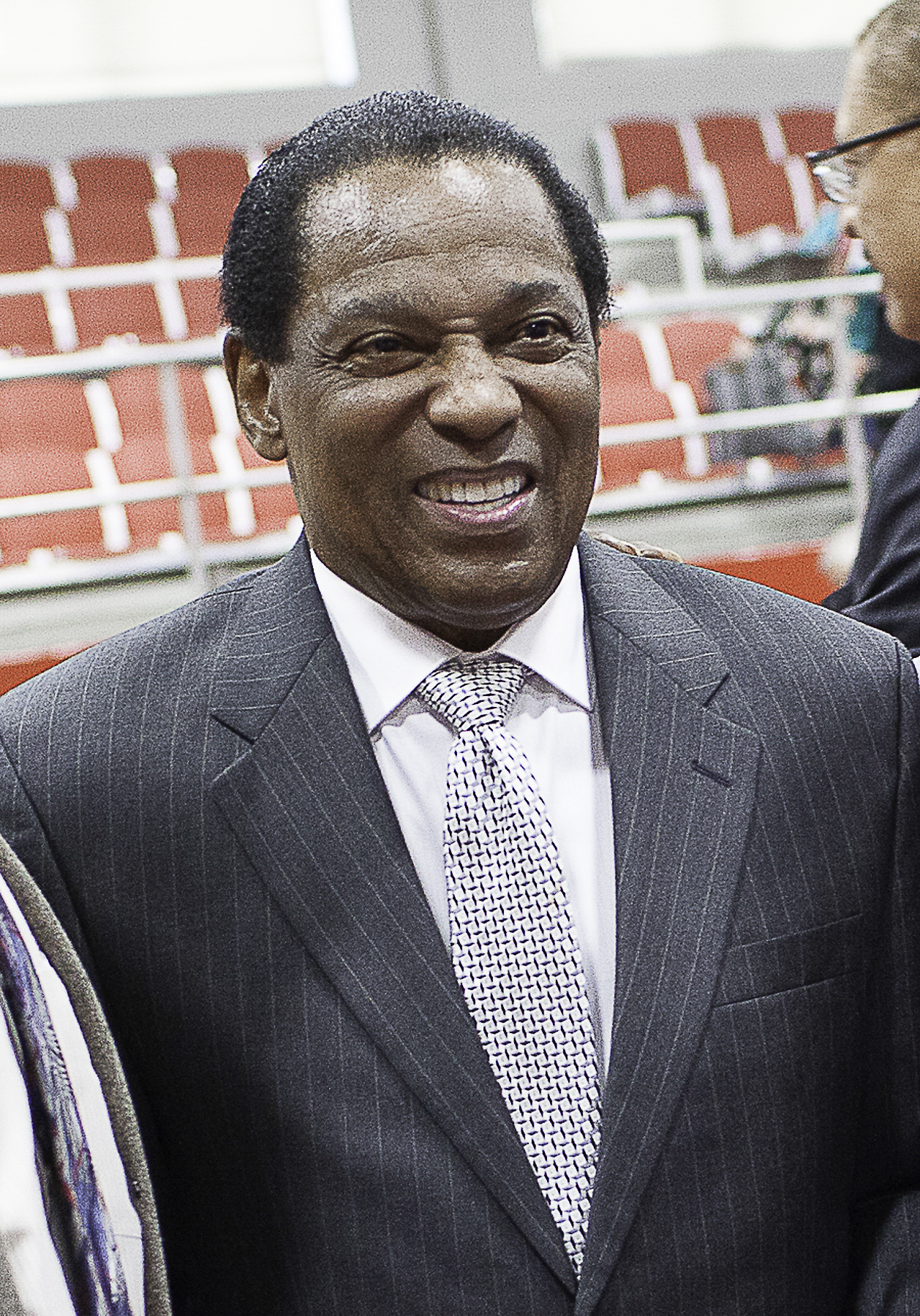 Wharton County Junior College alumnus Clifford Branch, pictured at the Gene Bahnsen Gym dedication in April 2019, will be inducted into the Pro Football Hall of Fame later this year. Branch played football and ran track at WCJC in the late 1960s. He passed away in 2019 at the age of 71.

An announcement on the “NFL Honors” show on Feb. 10 indicated that Branch and several other former players will receive the prestigious honor. Branch, who passed away in 2019 at the age of 71, is expected to be officially inducted into the Hall of Fame (located in Canton, Ohio) this summer. Click here for more information.

A Houston native, Branch distinguished himself during his time at WCJC. He arrived at WCJC in 1967 and took top honors in the sprints and the gridiron. After WCJC he attended the University of Colorado, leading the team to a No. 3 ranking before being drafted by the Oakland Raiders in 1972. He led the league in receptions and touchdown catches in 1974 and played in three Super Bowls and four Pro Bowls. His 501 career receptions rank 14th on the NFL’s all-time list.  He was previously named to the WCJC Athletic Hall of Fame in 2021, the Texas Black Sports Hall of Fame and the Texas High School Hall of Fame in 2004, the University of Colorado Hall of Fame in 2019, the Prairie View Interscholastic League Coaches Association Hall of Honor in 2014 and the California Sports Hall of Fame in 2018.