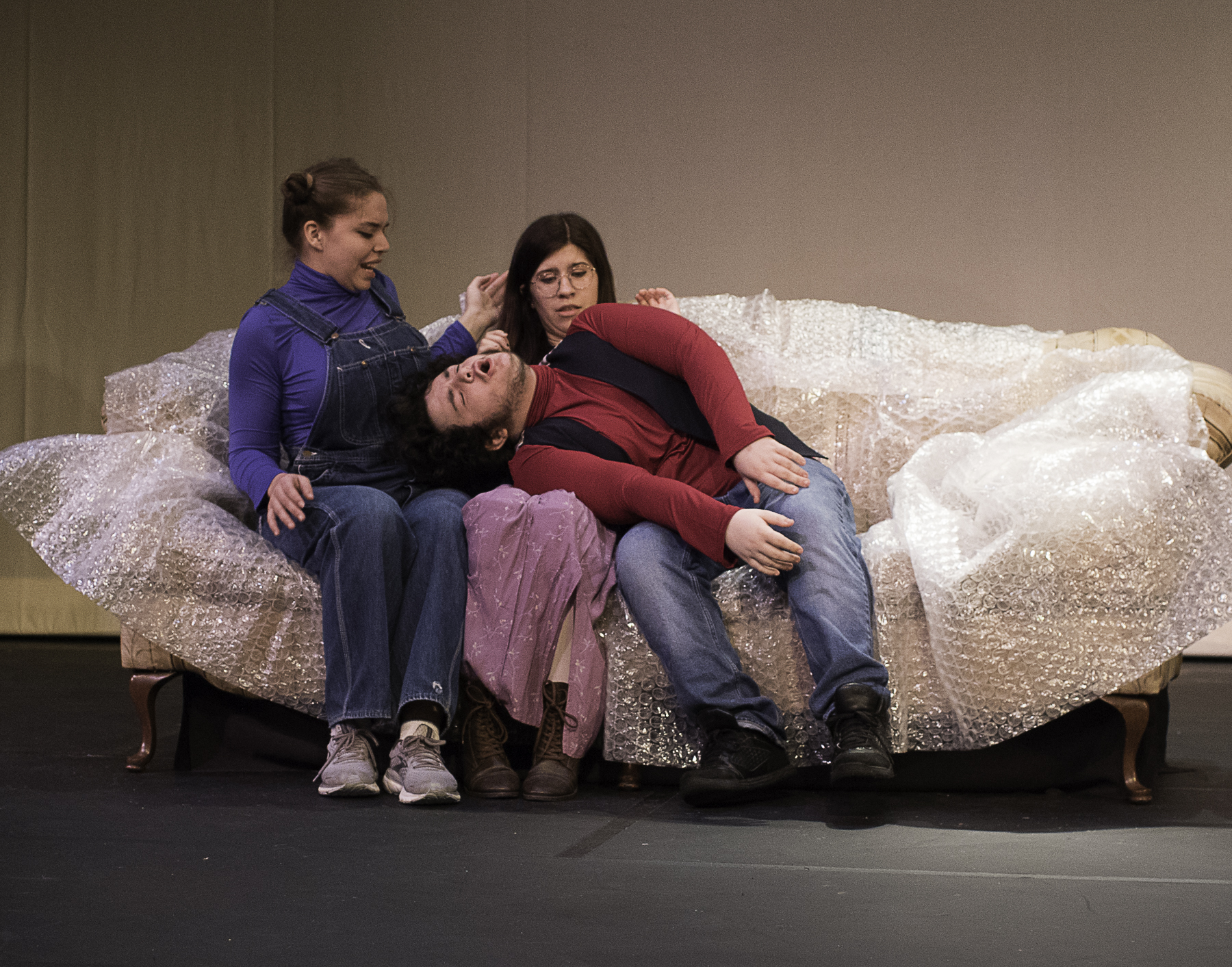 Wharton County Junior College Drama Department students rehearse a scene from the upcoming play, "Priscilla Dreams the Answer," scheduled for 7 p.m. Feb. 17-19 at the Horton Foote Theatre on the Wharton campus. From left are Jessi Frasier of Bay City, Brayden Leva of Sugar Land and Maegan Hackstedt of Needville.

WHARTON, TEXAS – The Wharton County Junior College Drama Department will kick off its 2022 season with a unique play centered around one woman’s vivid dream world.

“Priscilla Dreams the Answer” is scheduled for 7 p.m. Feb. 17-19 at the Horton Foote Theatre in the Duson-Hansen Fine Arts Building on the Wharton campus. The event is free and open to the public.

Written by playwright Walk McGough, “Priscilla Dreams the Answer” follows the zany, emotive events surrounding Priscilla, a desperately lonely woman who spends her days working at a hoppy shop and her nights watching game shows. As the story unfolds, the lines of reality are blurred as Priscilla interacts with aliens and develops a relationship with her favorite game show contestant. Throughout, the audience identifies with her personal struggles and desires, as well as her need for relevance (the aliens have chosen her as the one human who can help save the world).

“All but one actor plays two different roles, a character and a narrator,” she said.

Hughes chose “Priscilla Dreams the Answer” due to its smaller cast and ease of set-up. In addition to the shows at the Horton Foote Theatre, plans are to present the play at a theater festival at Blinn College later this spring.

The set is minimalistic in design, with a handful of furniture pieces arranged to represent the three major areas of Priscilla’s life: her job, her living room and the TV studio where she watches her favorite contestant, Simon, compete on game shows.

“It’s a great group and I am looking forward to their performance and giving them a chance to do what they love,” Hughes said.