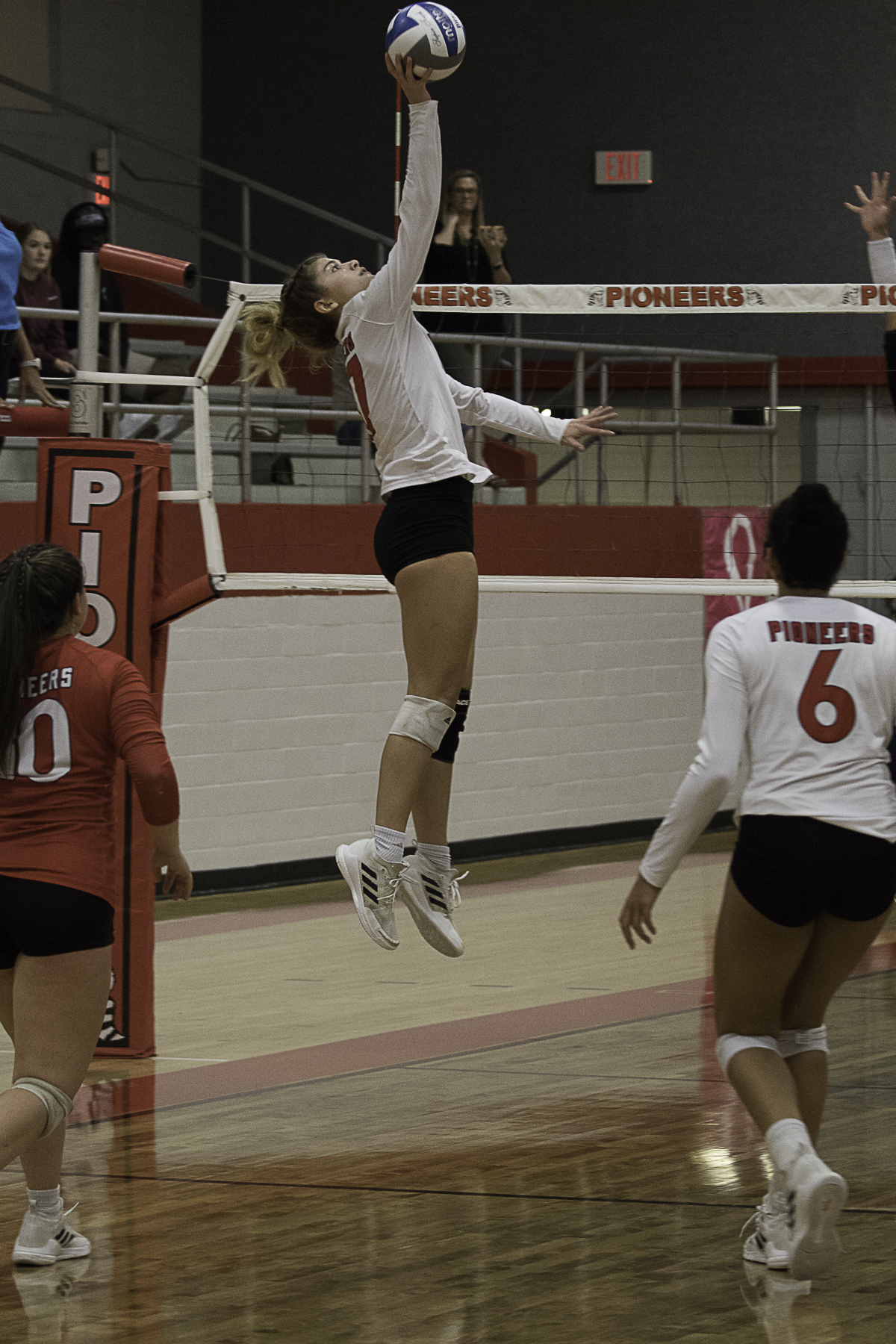 Wharton County Junior College Volleyball Team member Ysabella Lockwood of Clear Brook leaps high for the ball during a game played earlier this season. Lockwood made First Team All-Conference honors, averaging 3.17 kills per set and scoring an average of 3.6 points per set. The Pioneers finished their season at 19-15 overall.

WHARTON, TEXAS – Coming off the heels of a season hampered by a pandemic, the Wharton County Junior College Pioneers Volleyball Team came together in 2021 for an impressive showing, making it through three games of the Region XIV Tournament and ending the season with a 19-15 overall record.

“The returning sophomores had it tough last year (due to COVID-19), so I know they were hungry for more wins this season and it showed,” said WCJC Volleyball Coach Brianna Janecka. “With their leadership and the help of new transfers and a fighting freshman group, we really had a redemption year and competed well against some of the top teams in the nation.”

After the 2020 season was rescheduled from the fall to the spring due to the COVID-19 pandemic, the Pioneers were back on track this fall, kicking off the season on Aug. 20 with a 3-1 victory over North Lake College in a non-conference game at the Lee College Tournament in Baytown. WCJC capitalized on that victory, posting a five-game winning streak before suffering their first defeat against North Central Texas in a non-conference game on Aug. 27.

The Pioneers opened their conference schedule on Aug. 31 against Panola, losing 1-3. They won their next two games before losing to nationally-ranked Blinn College in early September. The Pioneers then found their stride, winning six games in a row. WCJC closed out the regular season on Oct. 28 at home, suffering a heart-breaking 1-3 defeat against Navarro College.

Stand-out players for the Pioneers this season included: