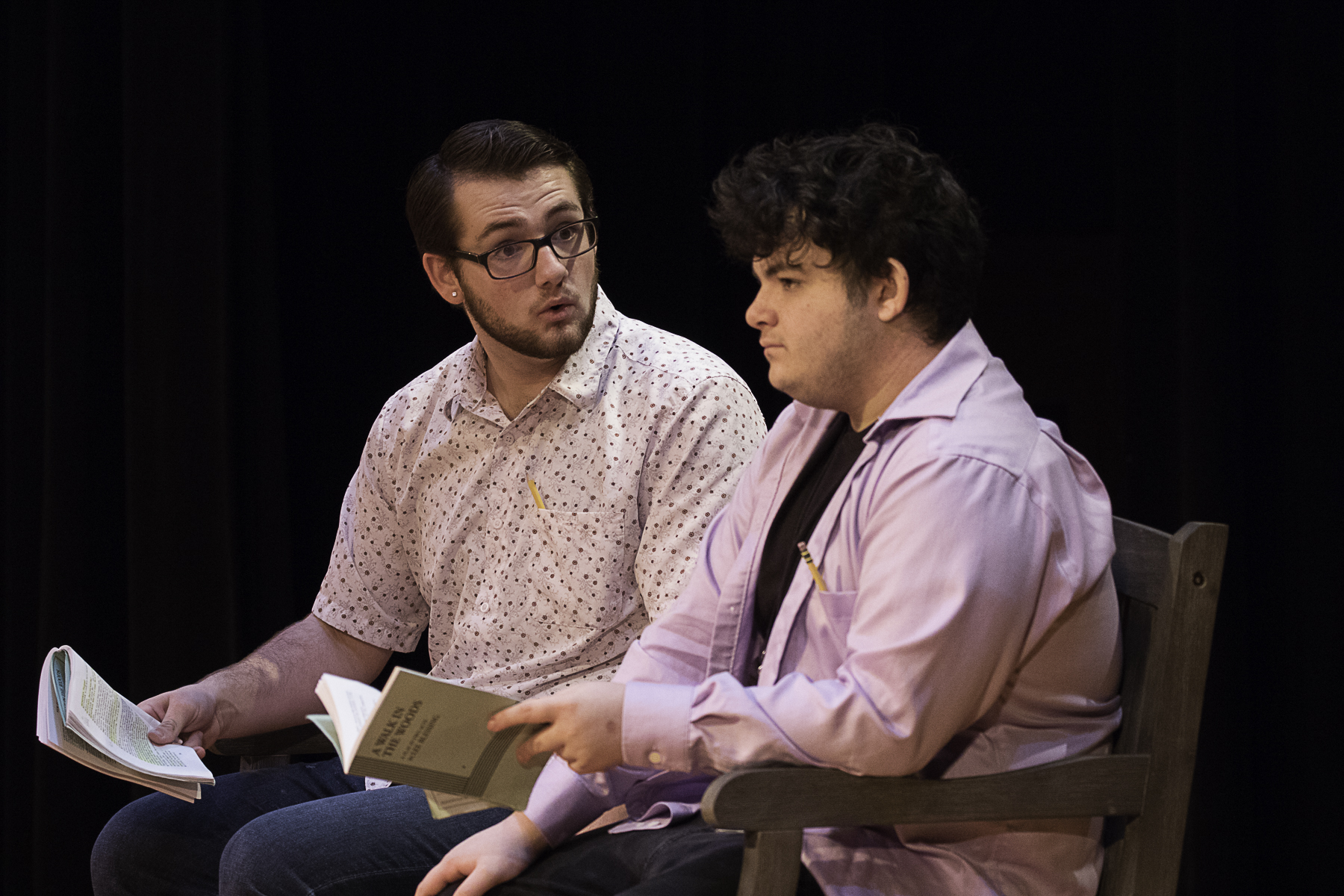 Wharton County Junior College Drama Department students Micah Coleman of Blessing, left, and Brayden Leva of Sugar Land rehearse a scene from the upcoming production, "A Walk in the Woods." The play is scheduled for 7 p.m. Thursday, Nov. 18, at the Horton Foote Theatre in the Duson-Hansen Fine Arts Building on the Wharton campus.

Entitled “A Walk in the Woods,” the play is scheduled for three performances -- Thursday, Nov. 18 through Saturday Nov. 20, all at 7 p.m. -- at the Horton Foote Theatre in the Duson-Hansen Fine Arts Building on the Wharton campus. The event is free and open to the public.

Penned by California playwright Lee Blessing, “A Walk in the Woods” follows the surprising friendship that forms between two nuclear weapons negotiators – one American and one Russian – at peace talks in Switzerland during the early 1980s. As the scenes unfold, the audience develops a stronger understanding of the sense of isolation present between the two Super Powers during the Cold War as well as a behind-the-scenes look into how two differing personalities can work to achieve a common goal.

“It’s relevant today because these are not just American/Russian issues anymore,” McLarty said. “There are many modern countries that possess such weapons and capabilities so the issues addressed in the play have more of a global application now.”

The play is written with only two parts: Soviet negotiator Andrey Botvinnik and American negotiator John Honeyman. Brayden Leva of Sugar Land will tackle the Soviet part and Micah Coleman of Blessing will play the American. Both students are freshman theater majors.

Handling a host of lines – some of which are complicated due to the nature of nuclear weaponry – is a challenge Leva and Coleman feel well-suited to accept.

“Memorizing is difficult,” Leva said. “There are no shortcuts.”

“Both of us are very excited for this and honored to be cast in these roles,” Coleman said. “We can’t wait for opening night.”

Other students taking part in “A Walk in the Woods” include Maegan Hackstedt of Needville (assistant director), Wil Harborth of Wharton (stage manager) and Jessica Frasier of Bay City (assistant stage manager). Crew members include LK Ferguson of LaSalle, Victoria Ogungbure of Houston, Alina DeJesus of Palacios and Riley Moseley of East Bernard.