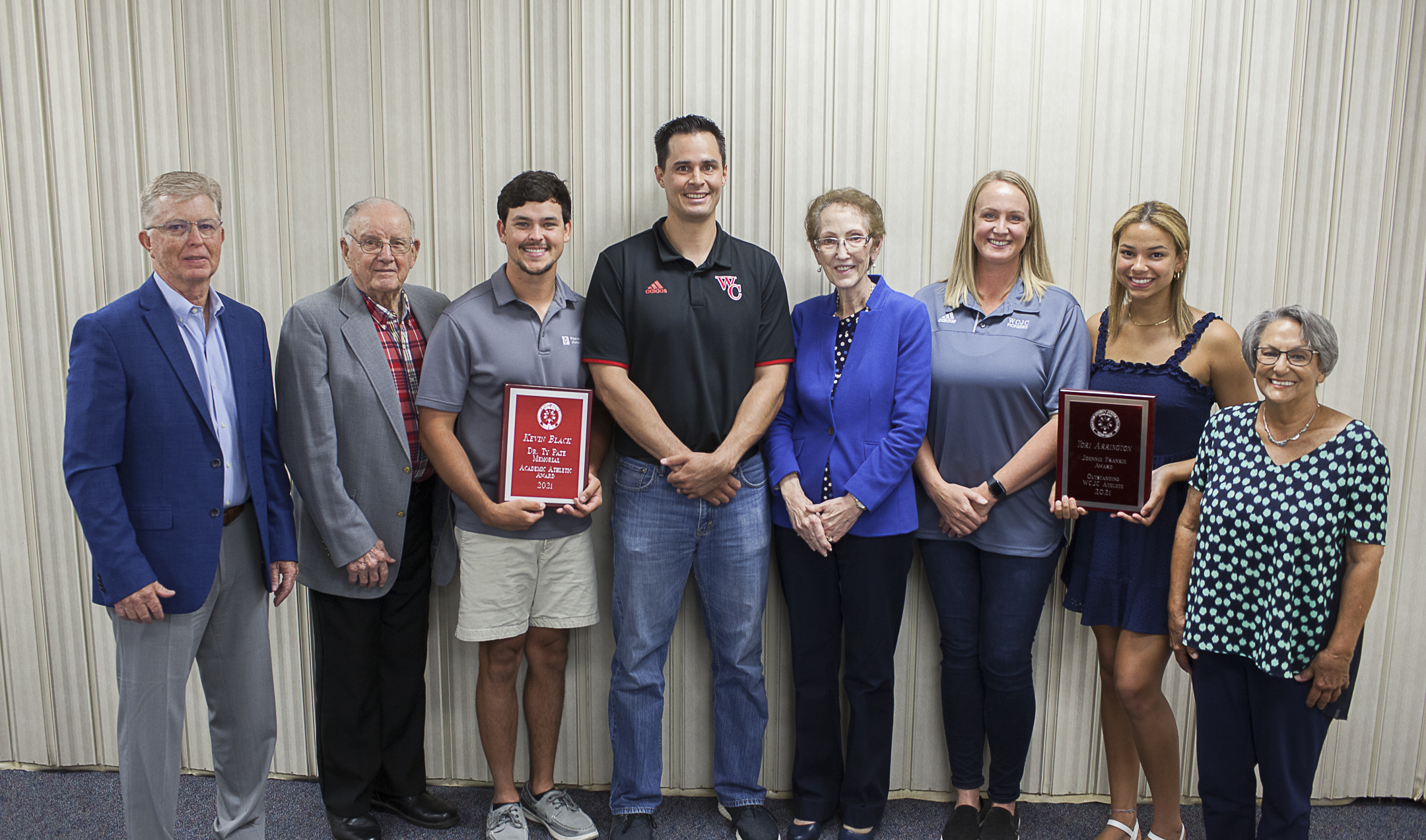 WHARTON, TEXAS – Two Wharton County Junior College athletes were honored with a luncheon this summer in recognition of their outstanding achievements.

During the event – held on June 29th in the WCJC Board of Trustees Boardroom – presentations were made to volleyball player Tori Arrington and baseball player Kevin Black, the 2021 recipients of the coveted Johnnie Frankie Award and Ty Pate Award, respectively.

The awards would normally be presented during an athletic banquet attended by members of each of the college’s three sports teams, their families and administrators, but that event was canceled due to the COVID-19 pandemic.

“I wish we could have done this in front of your peers as it usually is because we’re really proud of what you both have done,” said WCJC Athletic Director Keith Case.

Arrington, a freshman outside hitter from Lane City, won the Johnnie Frankie Award, a special honor for athletes who exhibit exceptional abilities and character. Jenny Banker, daughter of the late WCJC coach Johnnie Frankie, presented the award, noting that Arrington is the 58th recipient since the award’s inception.

“Tori is vibrant, friendly and a team player,” Banker said. “She is an outstanding student who just happens to be an athlete.”

Black, a freshman first baseman from Bellville, received the Ty Pate Academic Award, an honor established in the memory of the late WCJC administrator and former athlete that recognizes high academic achieving athletes. This past season, Black made Second Team All-Conference, Academic All-Conference and the National Junior College Athletic Association (NJCAA) Academic All-American team. In addition to a .327 batting average and a .430 on-base percentage, Black earned an overall GPA of 3.96 during his time at WCJC.

“Everything Ty Pate did was first class,” Bahnsen said. “It is a pleasure to be up here and present this award to such a great student and athlete.”

Black is the 11th recipient of the Ty Pate Award since its inception.