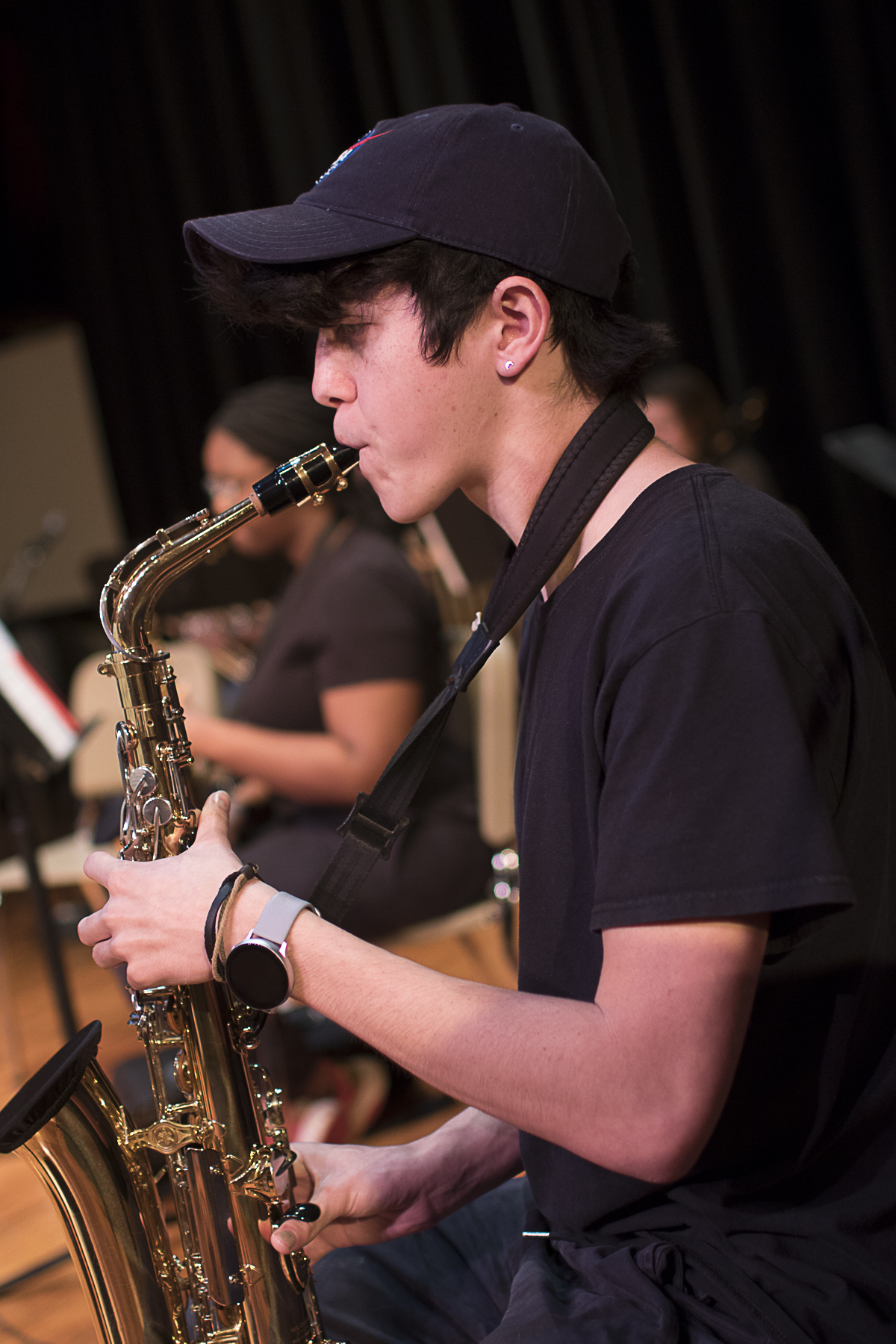 The Wharton County Junior College Band and Choir will perform their spring concert on March 25 and March 26 at the Horton Foote Theatre in the Duson-Hansen Fine Arts Building on the Wharton campus. Pictured rehearsing are, foreground, Ryan Garcia of El Campo and, background, Brionna McClinton of Houston.

WHARTON, TEXAS – With three types of music and three groups of performers, Wharton County Junior College’s upcoming spring concert is one that’s sure to be memorable.

The event is scheduled for 7 p.m. March 25 and March 26 at the Horton Foote Theatre in the Duson-Hansen Fine Arts Building on the Wharton campus. Admission is free, but seating is limited due to social distancing protocol and reservations are required. Call Vicki Hudson at 979-532-6300 for reservations. Facial coverings are also required.

“Due to the COVID-19 restrictions, we are having two concerts so that family members as well as those in the community that wish to attend will have ample opportunity to do so,” he said.

Waldrop said the musical selections have been a good learning experience for his students.

“The Celtic music is somewhat slower as well as containing many independent parts and this increases the student’s cognitive function,” he said. “For the instrumentalists, having to cover several different instruments can be a challenge.”

Combining the choir and the two bands and covering three different genres of music should result in a very enjoyable concert. Waldrop said he’s particularly excited about “The Blues Brothers” performance.

“If people in the audience can sit still during that portion of the concert, I will be surprised,” he said. “I don’t plan to.”