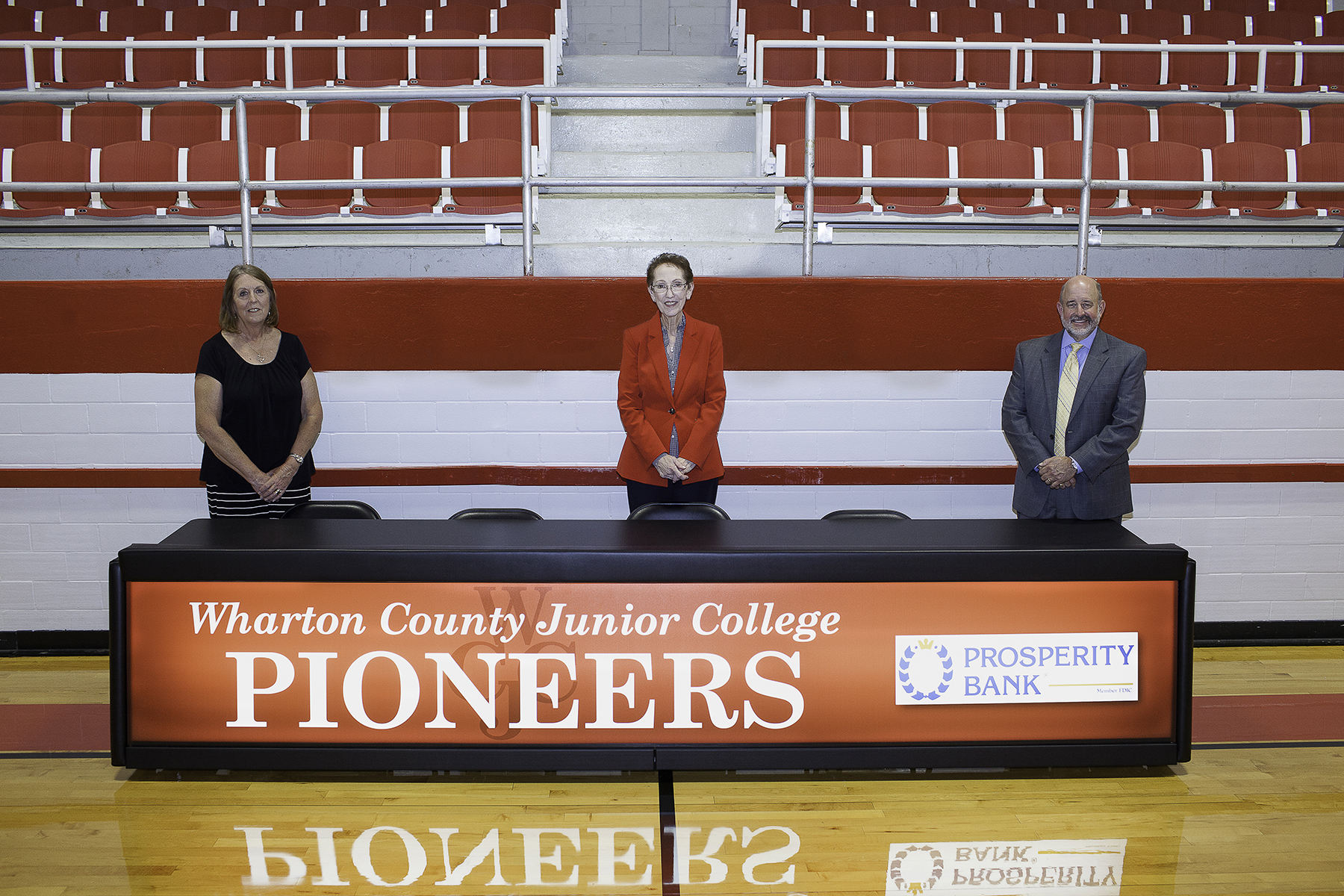 WHARTON, TEXAS – Wharton County Junior College’s baseball and volleyball teams have both benefitted from the generosity of Prosperity Bank.

The bank recently funded a score table for the Pioneers Volleyball Team. Installed in the Gene Bahnsen Gymnasium, the table will provide a comfortable and visually impressive location for game announcers to sit during WCJC volleyball games. Prosperity Bank donated just over $3,500 to cover the cost of the table and installation.

“We have a fantastic, long-term relationship with Prosperity Bank and we appreciate their generosity in supporting WCJC and its athletic programs,” said WCJC President Betty McCrohan.

Earlier this year, the bank also funded a tarp that will be utilized to keep the infield dry at WCJC’s new Corbett Park ballpark. The tarp cost $7,250.

“We don’t consider our customers a number,” McClain said. “They are a partner.”

The WCJC Pioneers Volleyball Team will have to wait a few months before trying out the new scoring table. Although the team normally competes in the fall, concerns over the COVID-19 pandemic led to the season being postponed until Spring 2021. The WCJC Pioneers Baseball Team already competes in the spring but usually conducts off-season scrimmages in the fall. Those have now been cancelled due to the virus.