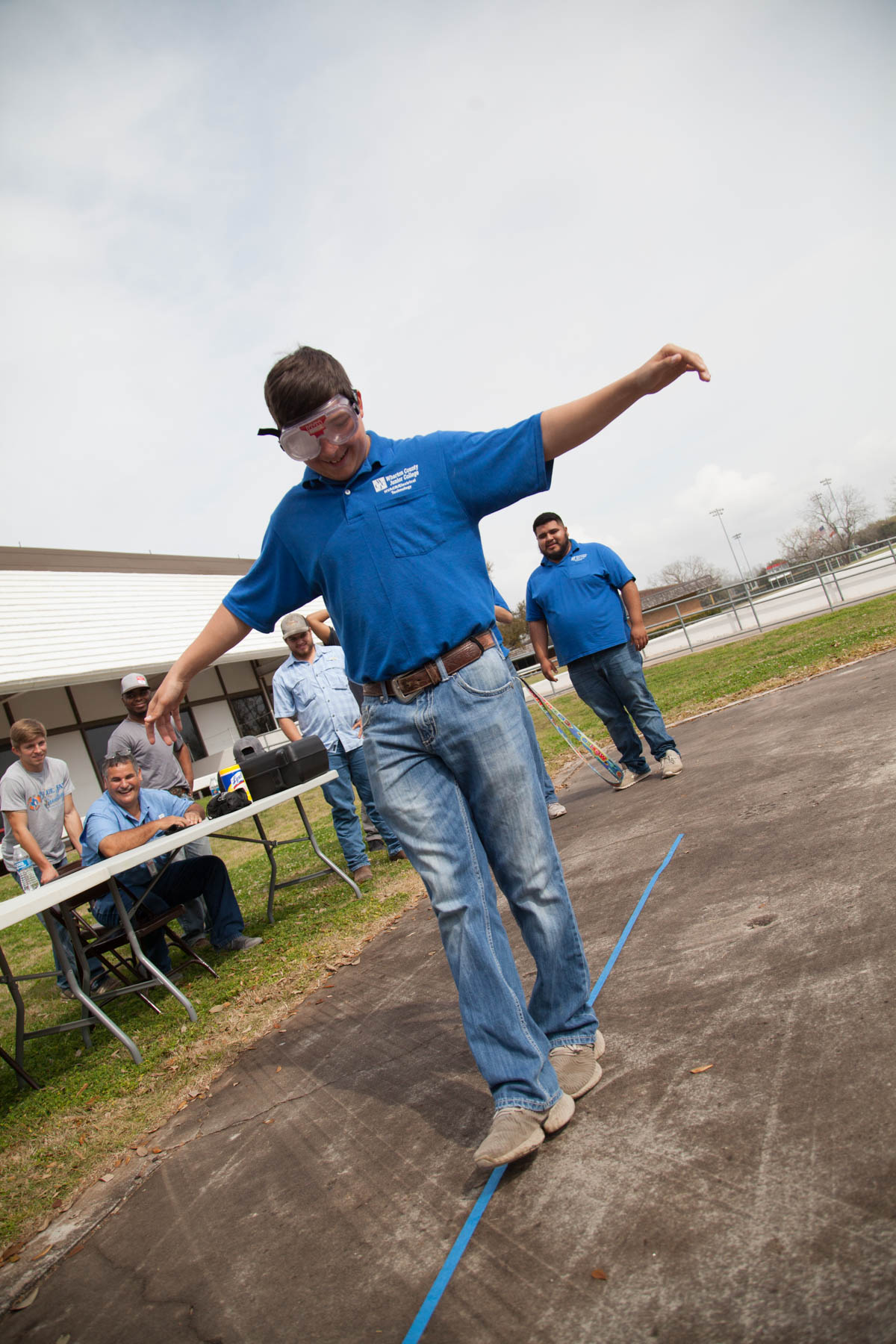 Wharton County Junior College student Cody Baca of Wharton attempts to walk a straight line while donning "Fatal Vision" goggles during the recent "Safe Spring Break" event. The goggles simulate intoxication and are used as a deterrent to drunk driving.

WHARTON, TEXAS – Wharton County Junior College hosted its annual “Safe Spring Break” event this week as a way of reminding students of the dangers of intoxicated driving, vaping and other unsafe activities. It’s a reminder that everyone needs to take seriously, stressed WCJC student Cody Baca of Wharton.

“I really believe in programs like Safe Spring Break. One of my best friends died in an alcohol-related accident,” Baca said.

Baca joined nearly 90 other students on March 3 at the Pioneer Student Center on the Wharton campus for the special event. Held each year the week prior to the spring break holiday, the event is aimed at revealing the harmful – sometimes fatal – effects of intoxicated driving and other unsafe activities. Demonstrations include donning “Fatal Vision” goggles and trying to walk a line or attempting to steer a golf cart through a traffic cone course.

The goggles mimic various levels of intoxication and are a real eye-opener.

“Trying to walk the line was way harder than I expected,” said WCJC student Kim DeJean of Rosenberg.

“This is a really good idea,” he said.

Kay Gardner, a counselor at WCJC, helped organize the event and said this year’s attendance was better than last year’s event. She said the students appeared to take the demonstrations and informational booths seriously.

“They came in waves,” she said. “I had four different vendors brag on WCJC students saying they were polite and engaging. The students appeared to have a great time.”

“We are already planning to expand next year’s event,” Gardner said.