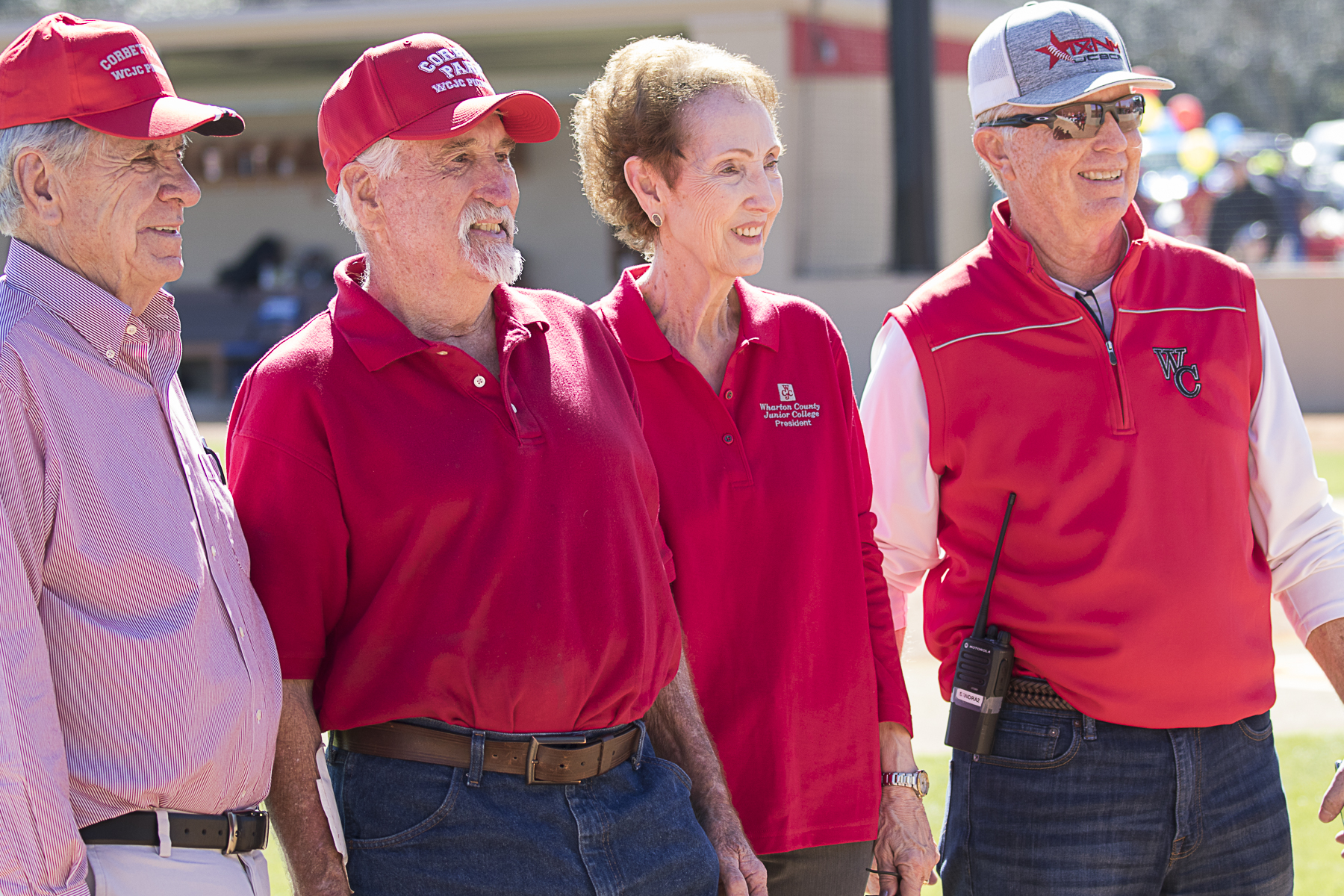 Spectators were treated to free food, drinks and souvenirs provided by WCJC.

WCJC President Betty McCrohan welcomed the crowd, noting that the $1.7 million facility was made possible through the generosity of Houston resident Duncan Corbett.

“Mr. Corbett realized we needed a baseball park. He not only gave the money, he worked every day with the project directors, making sure that we obtained the best product we could get,” McCrohan said. “It goes without saying how committed he is to this community and to Wharton County Junior College.”

Corbett, a friend of McCrohan’s, was on hand with family and friends and gathered on the infield before throwing out the first pitch to Pioneers’ player Kalun Dronette of Lafayette, La. Capping off the event was a WCJC victory, with the Pioneers defeating the Coastal Bend Cougars in 10 innings, 8-7.