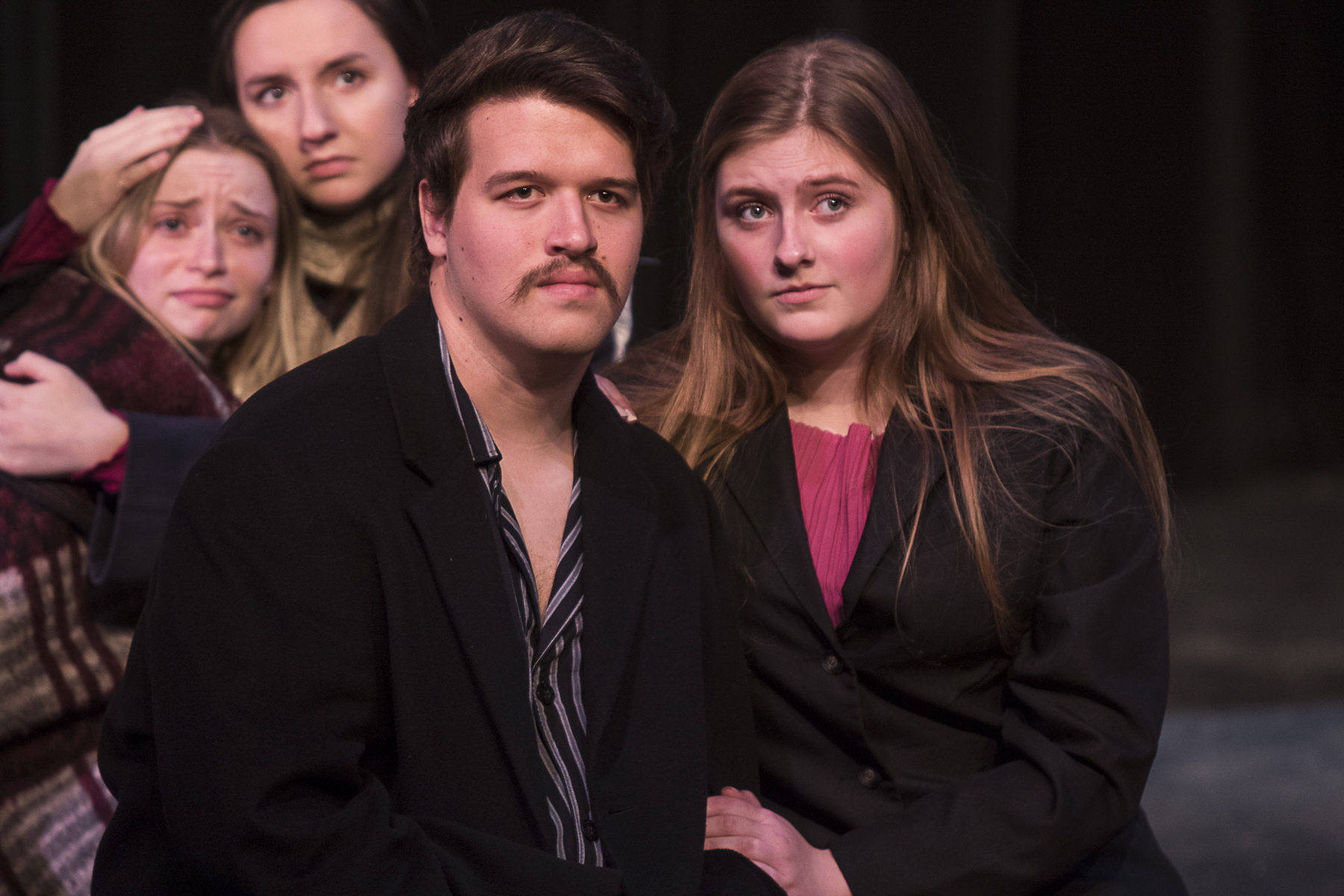 The Wharton County Junior College Drama Department will present "The Last Lifeboat" at 7 p.m. Feb. 20-22 at the Horton Foote Theatre on the Wharton campus. Pictured huddled together on the final lifeboat escaping the doomed RMS Titanic are, front row, left to right, Casey Dworaczyk of Needville and Hannah Rader of Needville. Back row, left to right, are Kayleigh Frank of Richmond and Camille Thrash of Wharton.

WHARTON, TEXAS – The real-life tragedy of the RMS Titanic will be the backdrop for the WCJC Drama Department’s first production of the 2020 season.

“The Last Lifeboat” is scheduled for 7 p.m. Feb. 20 through Feb. 22 at the Horton Foote Theatre in the Duson-Hansen Fine Arts Building on the Wharton campus. The production is open to the public and admission is free.

Written by Luke Yankee, the play surrounds the life of J. Bruce Ismay, chairman and managing director of the White Star Shipping Line which operated the British passenger ship, Titanic. One of the largest ships of its time and thought to be “unsinkable,” the Titanic hit an iceberg during its maiden voyage and sank on April 15, 1912. More than 1,500 passengers died. Instead of going down with the vessel, Ismay opted to flee in one of the few available boats and was later criticized for his decision.

WCJC Drama Instructor Greg McLarty said the play is a fascinating account of a well-known tragedy.

“The story is told through the eyes of the guy who designed the ship and that creates a unique perspective,” McLarty said. “We all know what happened, but this is a different way of looking at it.”

The play itself presents many unique challenges as it was originally written for 58 separate characters. McLarty will use only 10 students.

“One character dies on stage and five minutes later comes back as another character,” he said.

Camille Thrash of Wharton will tackle eight of those roles, playing characters that range in age from 19 to 75. Each change requires a different dialect, costume and posture.

“It’s difficult but I really enjoy it,” the sophomore theater major said. “This kind of play really pushes you.”

Jerry Ramirez, a sophomore from Burr, couldn’t agree more. As stage manager, he is in charge of everything from scene blocking to keeping the actors on script to making sure the projection machine – used to create the illusion of being on board a ship – is working.

“Keeping track of all of this is a really big task,” he said. “But I enjoy a challenge.”

The play’s costuming is historically accurate. The life vests, for example, were built on the dimensions of the actual preservers found on the Titanic. The costume design and construction was overseen by adjunct speech instructor Andra McLarty.