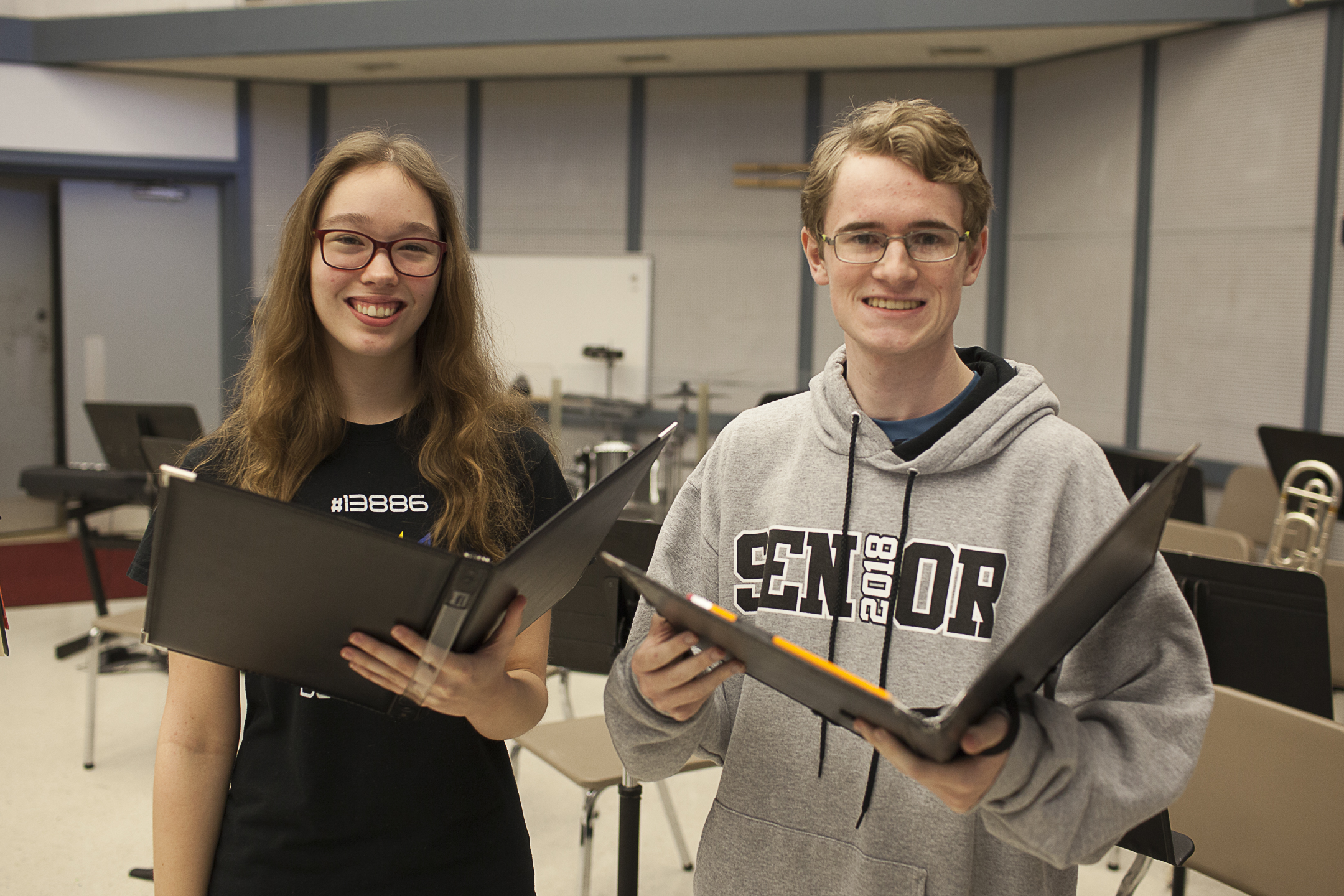 Nick Paoletti of Sugar Land and Hannah Johnson of Bay City will travel to San Antonio in February of 2020 to work with renowned directors and sing alongside their fellow community college students as part of the Texas Two-Year College All-State Choir (TYCASC). Both students qualified for the group after auditioning this past November at Alvin Community College.

“They worked very hard and they know the music well. They certainly deserve this honor,” said WCJC Choir Director Dr. Karl Paoletti. “This is a great opportunity.”

Johnson, a freshman art major, has participated in choirs since the fourth grade and is well accustomed to the demands of performing in front of a live audience.

“I love the moment when you are on stage and it’s dark and you give it your all,” Johnson said. “I love taking what I learn and sharing it.”

Nick Paoletti, the son of choir director Dr. Karl Paoletti, made the all-state group last year and is excited about a repeat performance. A general studies major, he said singing with students from across the state is a valuable experience.

“I like being able to hear different types of music and I love performing,” he said.

Both students noted that the audition music was difficult to learn due to the fact that some of it was written in African dialects while other pieces were in Latin and Korean.

“This kind of music gives them a world perspective and exposes them to a wide variety of styles,” Dr. Paoletti said. “It’s a unique experience.”

WCJC choir instructor Debra Lemson, who regularly accompanies the group on piano, lauded the students’ accomplishments. She stressed that no one makes the TYCASC by accident.

“All of the students of the state choir are there because they want to be. They are the best of the best,” she said.