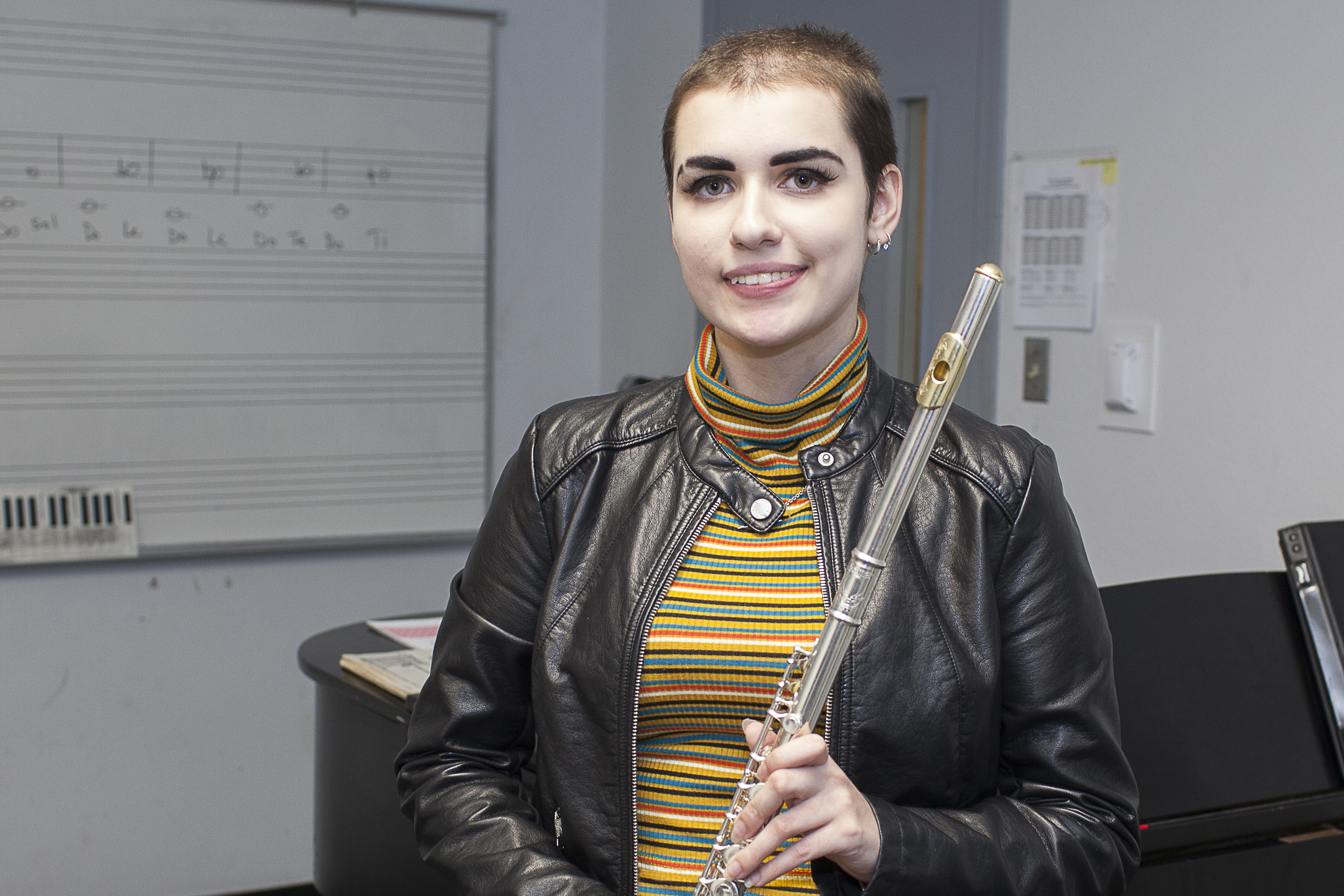 WHARTON, TEXAS – It wasn’t a family tradition or a caring mentor that inspired Wharton County Junior College Band student Sophia Harding to take interest in playing the flute. It was a video game.

“I heard this beautiful music and I knew I wanted to learn how to play it,” the Richmond resident explained.

Harding was a seventh grader living in Katy at the time. Her musical interests up until then had entailed singing in the school choir along with her sister. The newfound interest in playing an instrument would soon blossom into something special, providing Harding with a niche all her own as the sole flutist on the WCJC Band.

“I like having something I can call my own,” she said.

This past November, Harding achieved special recognition for her mastery of her chosen instrument, being named to the Texas Community College Band Directors Association’s (TCCBDA) All-State Symphonic Band. As a member of that group, she will perform at the Texas Music Educators Association convention in San Antonio in February of 2020.

It required a statewide audition process that included learning a musical selection and then submitting it to a panel of judges. Community colleges from across the state participated in the contest.

“The majority of students selected for the All-State band are from bigger community colleges that have a much larger pool of students to provide for the process,” Waldrop said. “Fortunately for us, Sophia came prepared with a great skill developed by her high school, so there was really little I needed to do to help her prepare for this. I am very proud of her and her accomplishment.”

Harding said her goal when learning the contest’s musical selection was to play more “musically.”

“You can lift notes, use vibrato, and do other things to make it more personalized,” she said.

Only a freshman, Harding’s future plans are to make music a career. She has intentions to become a band director and will likely transfer to Sam Houston State University in Huntsville once she has completed her studies at WCJC.

Helping others to cultivate a love of music is one of Harding’s highest goals as a performer.

“Seeing how the music affects other people pushes me to keep going,” she said.