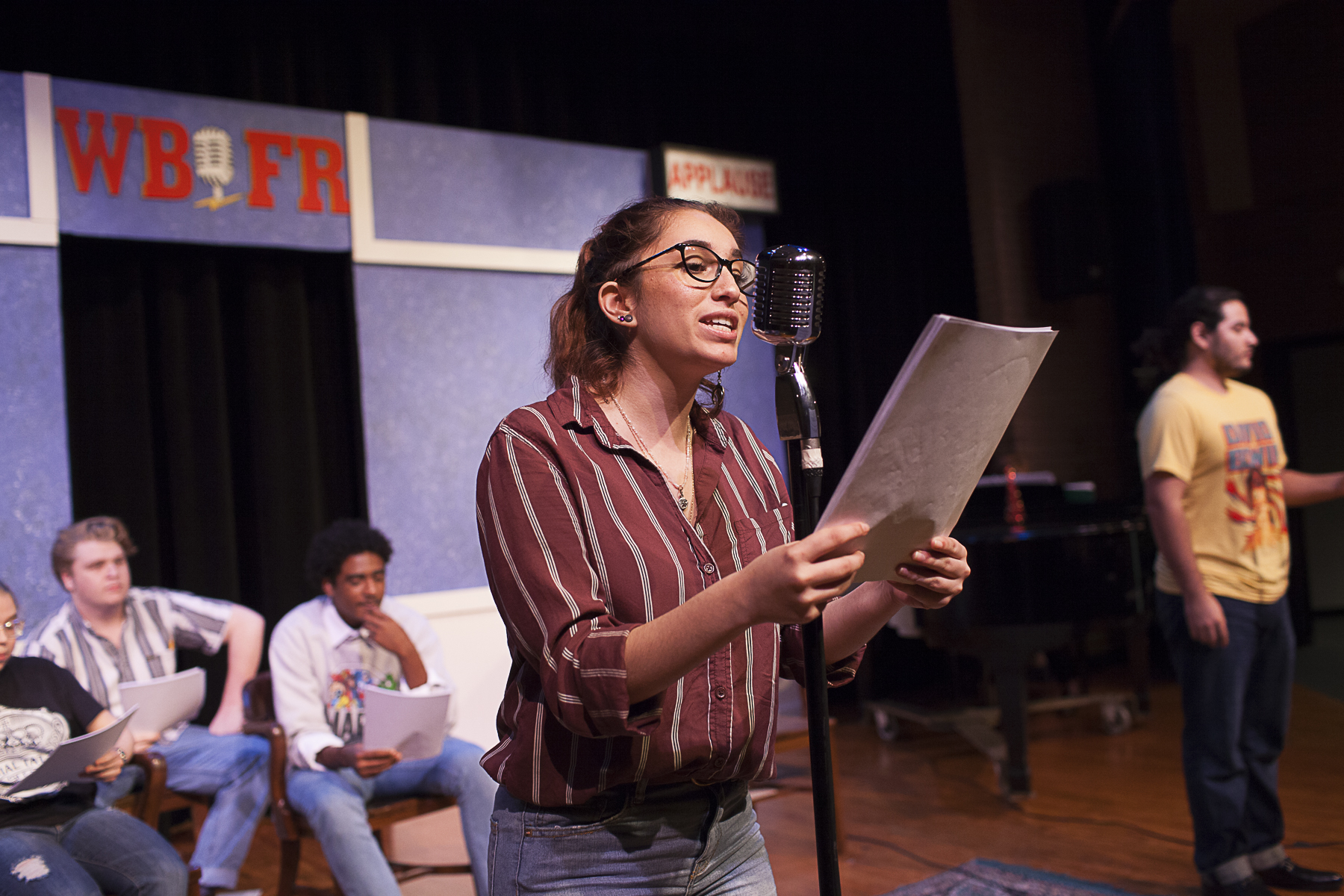 Scheduled for 7 p.m. Dec. 5 through Dec. 7 at the Horton Foote Theatre in the Duson-Hansen Fine Arts Building on the Wharton campus, “World War II Radio Christmas” recreates a live radio recording session, complete with advertisements of 1940s era products, period music, live sound effects and spoken messages inspired by actual soldier accounts. The show is open to the public and admission is free.

Written by Oregon playwright Pat Kruis Tellinghusen, the production pays homage to the radio broadcasts that went out to soldiers during World War II as a means of conveying comfort and support. It brings to mind radio shows like those hosted by Glenn Miller and Jack Benny, as well as live performances for the troops by such iconic entertainers as Bob Hope.

WCJC Drama Instructor Greg McLarty said the show reveals how important radio broadcasts were during that particular time in history. Not only did such programs enable active duty personnel to feel connected to their loved ones back home, they further expressed a country’s appreciation for its armed forces.

McLarty noted that the production was a unique learning experience for the students as it required them to convey emotion while reading their dialogue rather than the typical memorization of lines.

“The students have to take something that is read and present it in such a way as the audience can visualize it,” he said. “They are still portraying a character, but in a very different way.”

The show also incorporates singing, both individual parts as well as ensembles. A few selections even include audience participation. McLarty said the overall presentation will be an entertaining one.

“There are some fun bits to this show as well as some serious parts,” he said. “It is a really unique show.”