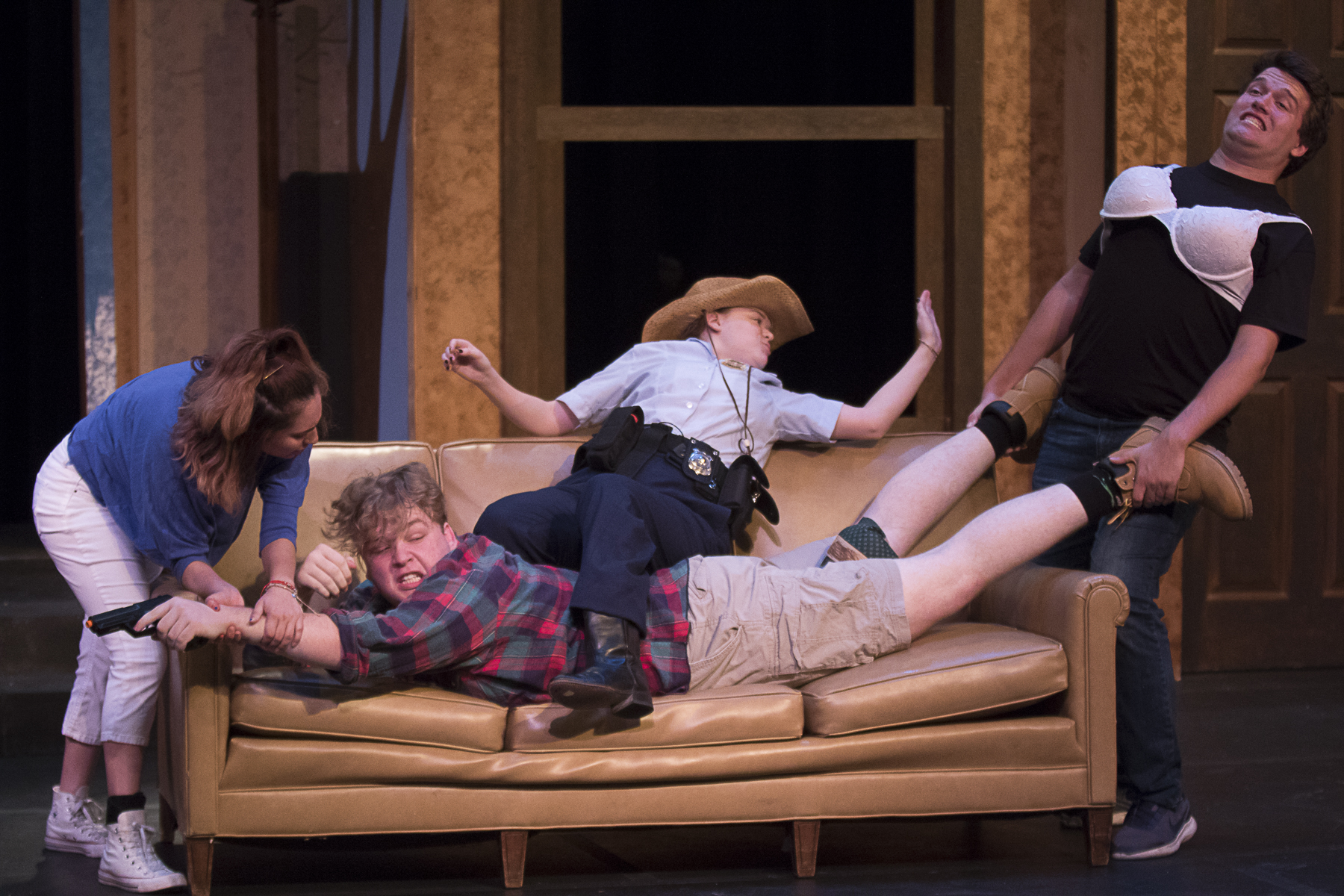 The Wharton County Junior College Drama Department will present "Farce of Habit" at 7 p.m. on Oct. 31 through Nov. 2 at the Horton Foote Theatre in the Duson-Hansen Fine Arts Building on the Wharton campus. The show is open to the public and admission is free. Pictured rehearsing are, from left, Alyssa Flores of Galena Park, Kodi James of Boling, Kaitlynn Chaffin of Sealy and Casey Dworaczyk of Needville.

WHARTON, TEXAS – A famous radio show host, a group of nuns and an ax murderer all check in to a fishing lodge in the Ozarks. Sound like a joke? It’s actually the plot of the Wharton County Junior College Drama Department’s first production of the 2019 season, “Farce of Habit.”

Scheduled for 7 p.m. on Oct. 31 through Nov. 2 at the Horton Foote Theatre in the Duson-Hansen Fine Arts Building on the Wharton campus, the production is open to the public and admission is free.

WCJC Instructor of Drama Jami Hughes said the show is sure to be a hit with the audience.

“This show is fast paced and high energy,” Hughes said. “We are so anxious to start our new season and hope that people will come out for a night of zany situations and lots of laughter.”

Penned by Jessie Jones, Nicholas Hope and Jamie Wooten, “Farce of Habit” details the absurd happenings that occur at the Reel ‘em Inn fishing lodge in the Ozarks. Characters include a nun, a radio show host hiding out from his estranged wife, a neurotic hotel manager and his caffeine-addicted wife and an ax murderer.

Hughes credited her students with putting in the effort required to make the production a success.

“Comic timing is always hard and without the right delivery, jokes fall flat,” she said. “I am so proud of the students’ hard work and commitment to this production.”