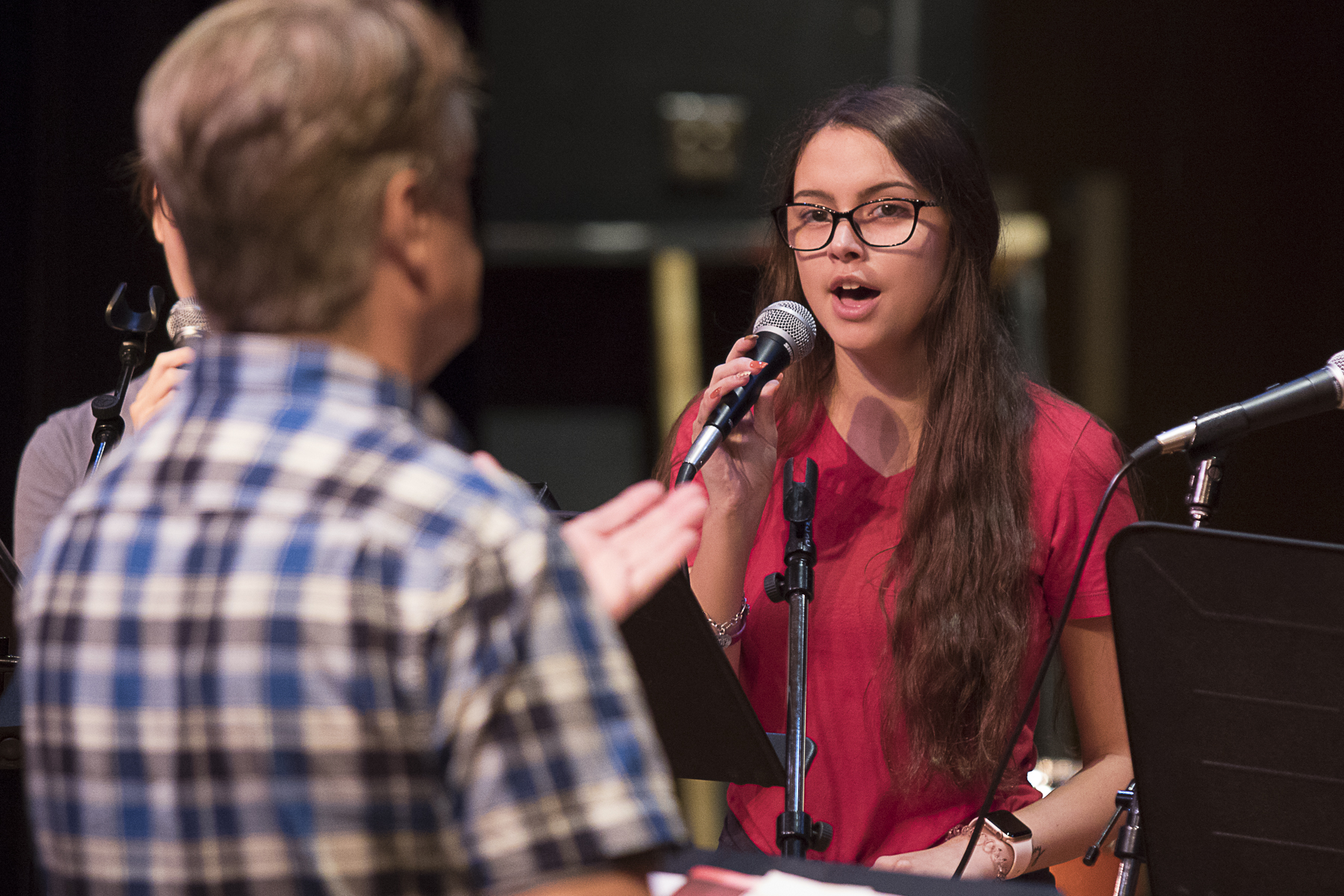 Wharton County Junior College Choir member Vasti Coronado of Needville closely watches Dr. Karl Paoletti's direction during a rehearsal for the upcoming concert, "At the Movies." Scheduled for 7 p.m. Oct. 8 at the Horton Foote Theatre on the Wharton campus, the concert is open to the public and admission is free.

WHARTON, TEXAS – The Wharton County Junior College Choir’s first concert of the 2019 season will feature classical compositions as well as familiar tunes from the silver screen.

Scheduled for 7 p.m. Tuesday, Oct. 8 at the Horton Foote Theatre in the Duson-Hansen Fine Arts Building on the Wharton campus, the “At the Movies” concert will include a wide variety of music. The show is open to the public and admission is free.

Selections include well-known tunes from Disney’s “The Lion King” to “Phantom of the Opera” and “Grease” as well as pieces from John Williams, who composed music for “Star Wars,” “Jaws,” “Harry Potter” and other iconic movies. More traditional classics from Mozart are also part of the repertoire.

“I selected this theme because it gives choir members the opportunity to perform a wide range of music all at the same concert,” said WCJC Choir Director Dr. Karl Paoletti. “Some of the challenges they faced included learning to sing text that is a mixture of Zulu and Ndebele dialects as well as a piece by Mozart in Latin.”

Paoletti said the choir began rehearsals in August, with sectional rehearsals, singing tests and solo auditions along the way. After learning the individual parts, choir members then had to perfect their sound for the Horton Foote Theatre stage, learning how best to project their voices through microphones.

Paoletti explained that the choir has put in the time and effort required to perfect the various musical styles. The end result will be a high energy performance of popular music.

“We encourage students, alumni, employees and the community to attend the college’s fine arts performance,” said Zina Carter, WCJC director of marketing, communications and advancement. “Performances such as ‘At the Movies’ are carefully planned out by our dedicated department heads and beautifully executed by our talented students. It is a pleasure to view their performances.”