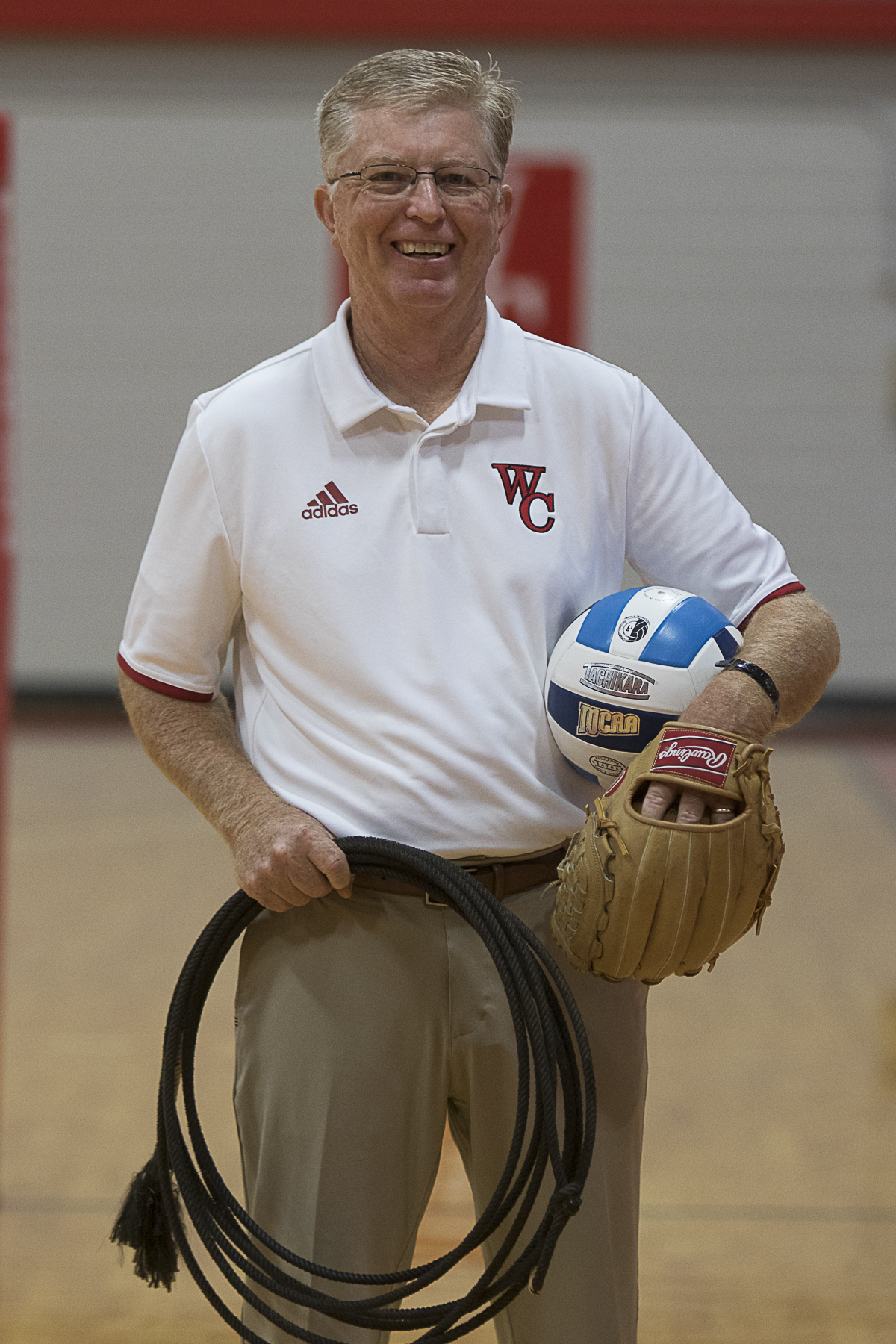 In his new role as athletic director, Keith Case will oversee baseball, volleyball and rodeo for Wharton County Junior College. Case previously served as the Pioneers' head baseball coach since 2014. 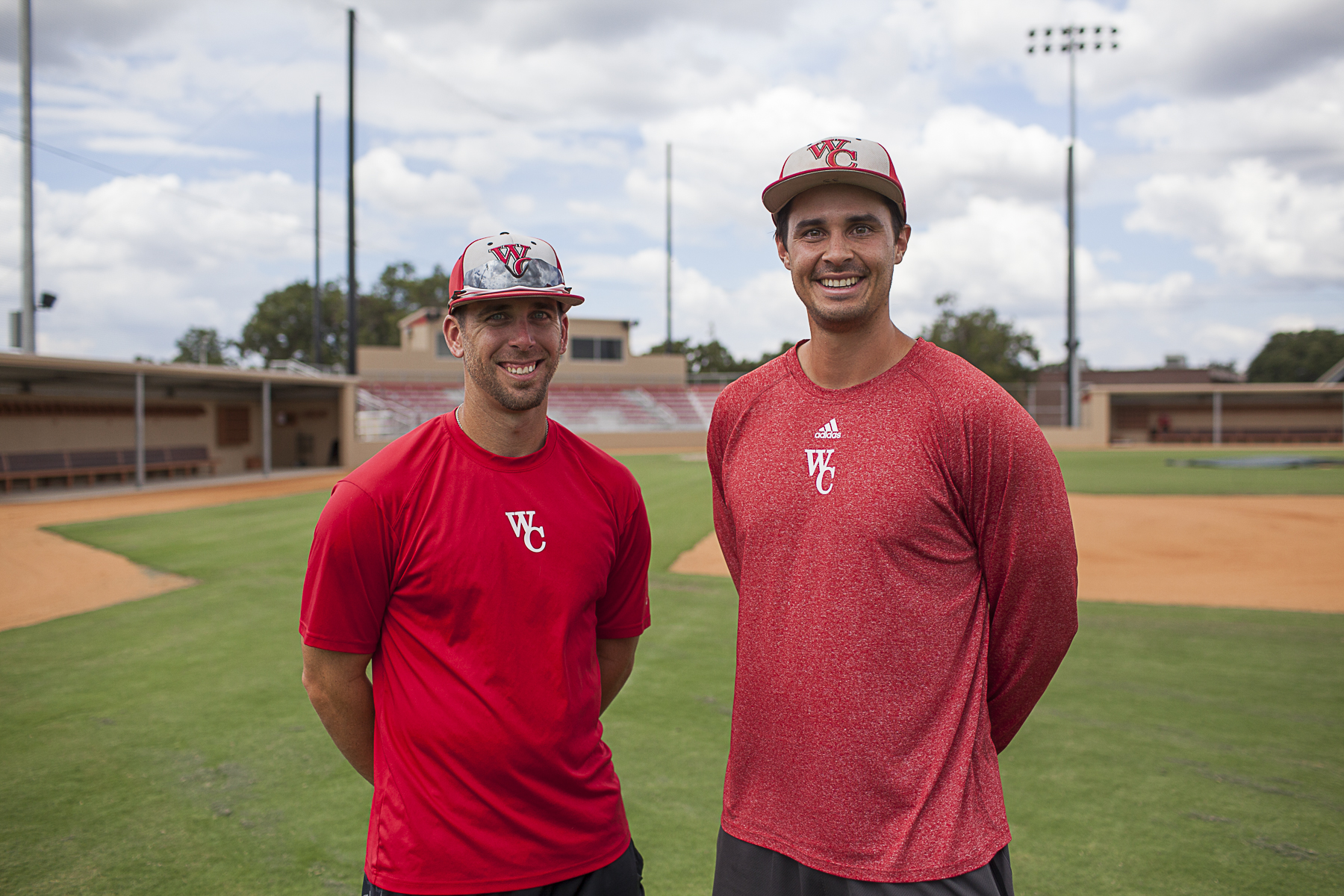 WHARTON, TEXAS – There’s a new captain at the helm of Wharton County Junior College’s athletics department, but he’s no stranger to Pioneers’ players and fans.

Keith Case, WCJC’s head baseball coach since 2014, was named the college’s athletic director on Aug. 30, 2019. He replaces Gene Bahnsen, who retired after a 60-year career at WCJC.

“Coach Case brings a wealth of experience to his new role as WCJC’s athletic director,” said WCJC President Betty McCrohan. “He demands only the highest standards for the college’s student athletes both on the playing field and in the classroom and we couldn’t be more pleased than to have him at the head of our athletic department.”

A Mississippi native, Case came to WCJC from Copiah-Lincoln Community College in Wesson, Miss., where he coached baseball for 21 years and guided teams to the junior college world series.

Though stepping into the role of athletic director is an exciting change, Case said there will definitely be an adjustment period after so long on the field.

“For the first time in 36 years, I am not a baseball coach,” he said. “But I am excited about the future here at WCJC. Before I had only one team. Now I have three teams.”

In addition to Case taking on a new role, Trey Porras was promoted to head baseball coach. Porras served as WCJC’s assistant baseball coach during the 2018-2019 season after stints with Texas A&M-Corpus Christi and the University of New Mexico. A Needville native, Porras was a first-team all-conference baseball player at WCJC in 2010 and went on to win the coveted Johnnie Frankie Award.

Porras will be assisted by John Cannon, who also served as an assistant coach under Case this past season. Cannon is a Hutto native and played baseball for the University of Houston before playing Triple A ball in the Los Angeles Dodgers organization.

In his new role as athletic director, Case will oversee the college’s baseball, volleyball and rodeo programs, working hand in hand with each team’s coaches. In addition to Porras and Cannon, WCJC’s head coaches and assistants include volleyball coach Brianna Janecka and assistant Brandi Delarosa, and rodeo coach Sean Amestoy and assistant Casey Halderman.

“I am basically a servant to the coaches. I’m here to help them,” Case said. “We couldn’t ask for better coaches than our coaching staff.”

Though he will no longer spend time on the baseball field, Case will continue to teach a first aid/health class. One of his priorities as athletic director is to provide a way for WCJC alumni to stay active in college activities.

“This school has a rich history in athletics and we want to keep that history alive,” Case said. “We want to get the alumni involved with the school and we’d love to see them on the campuses.”

“We are excited about Coach Case’s enthusiasm in working to enhance alumni relations,” noted Zina Carter, WCJC’s director of marketing, communications and advancement. “Thousands of athletes have passed through the doors of WCJC since its founding in 1946. We look forward to seeing how Coach Case will help to develop relationships with this alumni group.”

One such athlete was former WCJC football player Cliff Branch, who had a successful career in the National Football League yet continued to stay in touch with the college. Branch passed away earlier this year.

“We want our players to be vested in the school,” Case said.

All three of WCJC’s sports are currently active. The volleyball team is roughly halfway through its season and will remain on the road for most of September. The rodeo team will compete in its first rodeo of the fall semester on Sept. 27-28 at Panola College in Carthage. The baseball team will not kick off its official season until January of 2020, but will remain active this fall in a host of scrimmages. Two of the team’s players – Kalun Dronnette of Lafayette, La., and Brandon Broughton of Corpus Christi – will also play in the Texas-New Mexico All Star Game on Sept. 27-28 at Abilene Christian College.