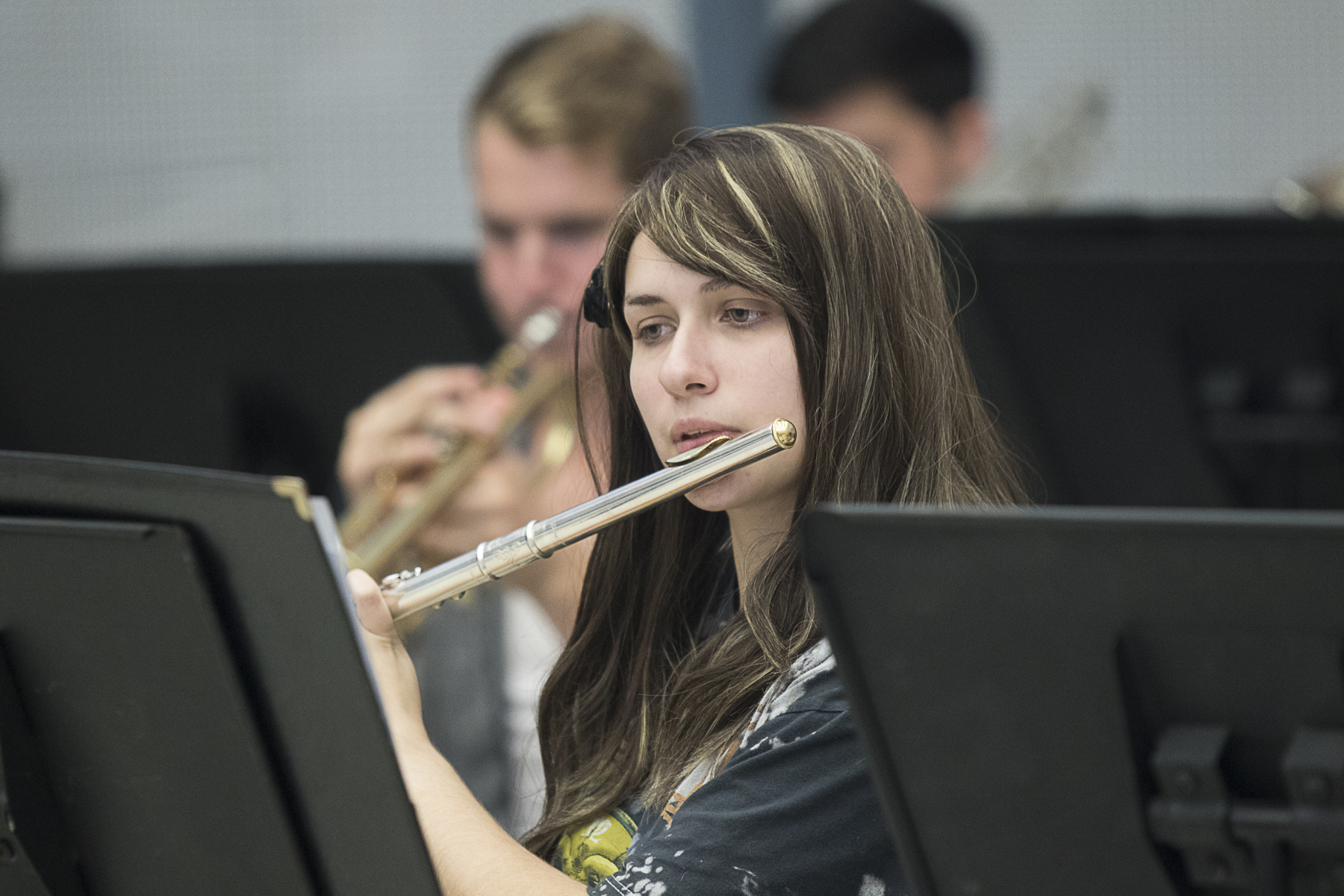 The Wharton County Junior College Band will present "Honoring All Men and Women Who Served" at 7 p.m. Thursday, Sept. 26, at the Horton Foote Theatre on the Wharton campus. Pictured rehearsing for the concert are, foreground, Alexandra Sophia Harding of Richmond and, background, Jarred Vincik of Hungerford.

WHARTON, TEXAS – The Wharton County Junior College Band will pay homage to the nation’s veterans at its first concert of the season.

Originally scheduled for Sept. 19, the concert was rescheduled due to inclement weather and will now take place at 7 p.m. Thursday, Sept. 26, at the Horton Foote Theatre in the Duson-Hansen Fine Arts Building on the Wharton campus. “Honoring All Men and Women Who Served” will feature themes from each of the nation’s military branches as well as well-known patriotic numbers like American composer John Philip Sousa’s “The Stars and Stripes Forever.”

The concert is open to the public and admission is free.

“The college’s salute to veterans concert is a special event that patrons, employees and students look forward to each year,” said Zina Carter, WCJC’s director of marketing, communications and advancement.

WCJC Band Director Joe Waldrop, a Navy veteran who saw combat in Vietnam, said honoring the nation’s military is important for the students as well as the audience. And that recognition should be shown throughout the year, he said, not just during the Veterans Day observance each November.

“The purpose of Veterans Day is to thank those that took the oath of a serviceman or servicewoman with the intention of giving their all for this country,” Waldrop said. “It doesn’t matter if it is a time of peace or conflict; we need to say ‘thank you’ to all of those who stand ready.”

The concert is a great way for students to share their talent and hard work with a live audience. Waldrop said various instruments will be highlighted throughout the event.