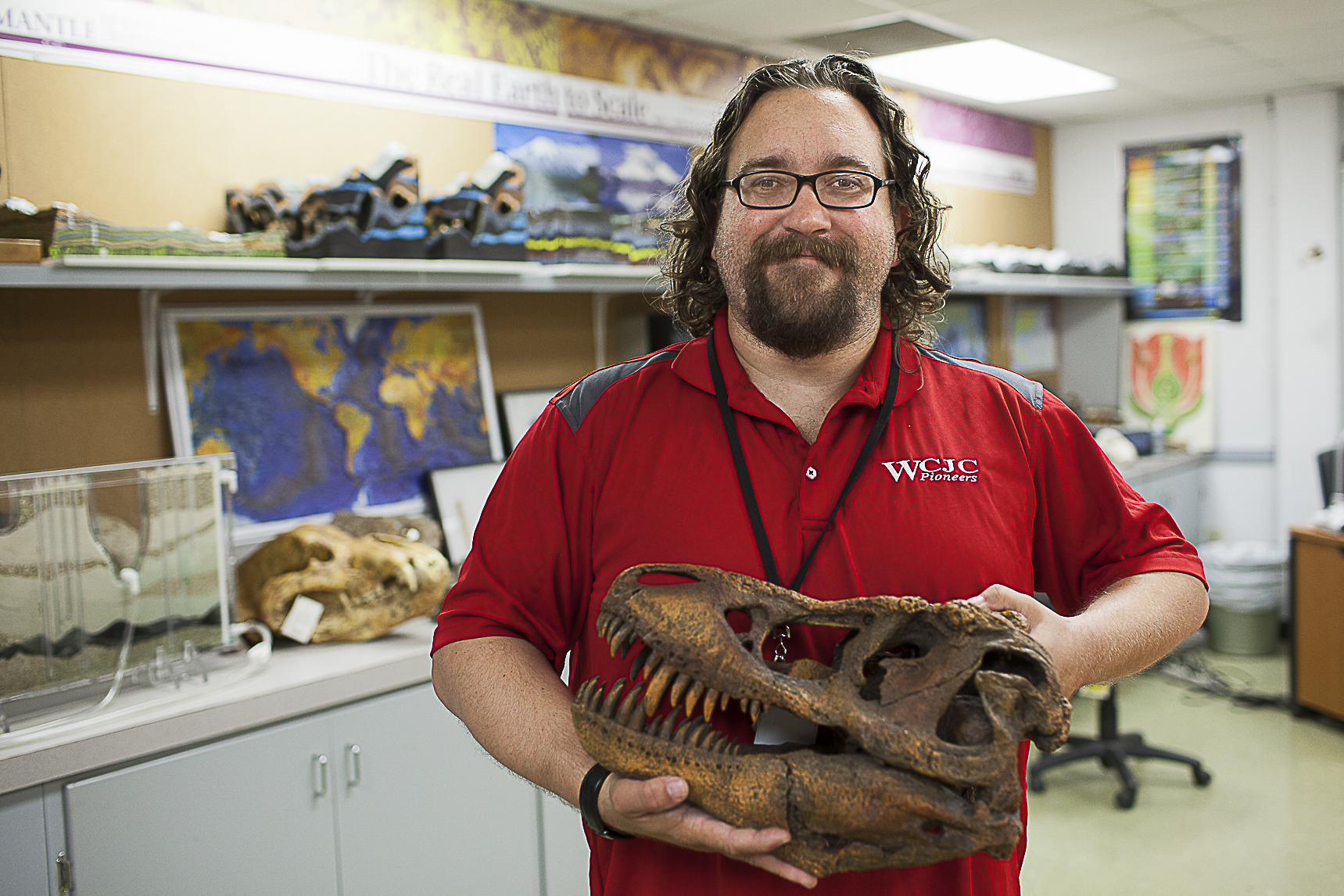 WHARTON, TEXAS – When it comes to learning, Wharton County Junior College Geology Instructor Peter Anderson believes there’s no better way than to get your hands dirty.

“What students are learning comes to life when they go outside,” Anderson explains.

Since arriving at WCJC in the spring of 2018, Anderson has organized eight extracurricular excursions through his geology class and the WCJC Adventure Sports and Outdoors Club. Students opting to participate have studied science through kayaking, rock climbing, camping and hiking – activities that Anderson considers the “real world application of geology.”

Along the way, Anderson stresses the importance of maintaining a positive, respectful relationship with the environment.

“We teach them personal responsibility and that’s an added benefit,” he said.

Originally from Maryland, Anderson spent much of his childhood in North Carolina, where he developed an interest in camping and other outdoor activities thanks to his father.

After obtaining a bachelor’s degree in geology from West Virginia University in 2009, Anderson relocated to Texas, where he obtained a master’s degree in microscopic paleontology from the University of Texas at San Antonio in 2012. Anderson’s initial foray into the corporate world included stints working for an exploration and production company and then a geotechnical lab.

Anderson entered a doctorate program at the University of Houston but later decided to give teaching a try. It was a good decision. After a few semesters teaching at San Jacinto College, Anderson accepted a position at WCJC.

“I love working with the students both inside the classroom and out in the real world,” he said. “I want to show them the more practical side of what they’re learning through experiential learning.”

Anderson is currently the head of WCJC’s geology department and teaches physical and historical geology. His spare time includes sharing knowledge with elementary and secondary students across the state as well as organizing special activities through the WCJC Adventure Sports and Outdoors Club.

Anderson’s future plans for the club include an excursion to Big Bend National Park and a hike along the Ozark Trail.

“I want to keep expanding the club so we can reach more students,” he said.

For more information on the geology department, visit the college’s website at www.wcjc.edu.