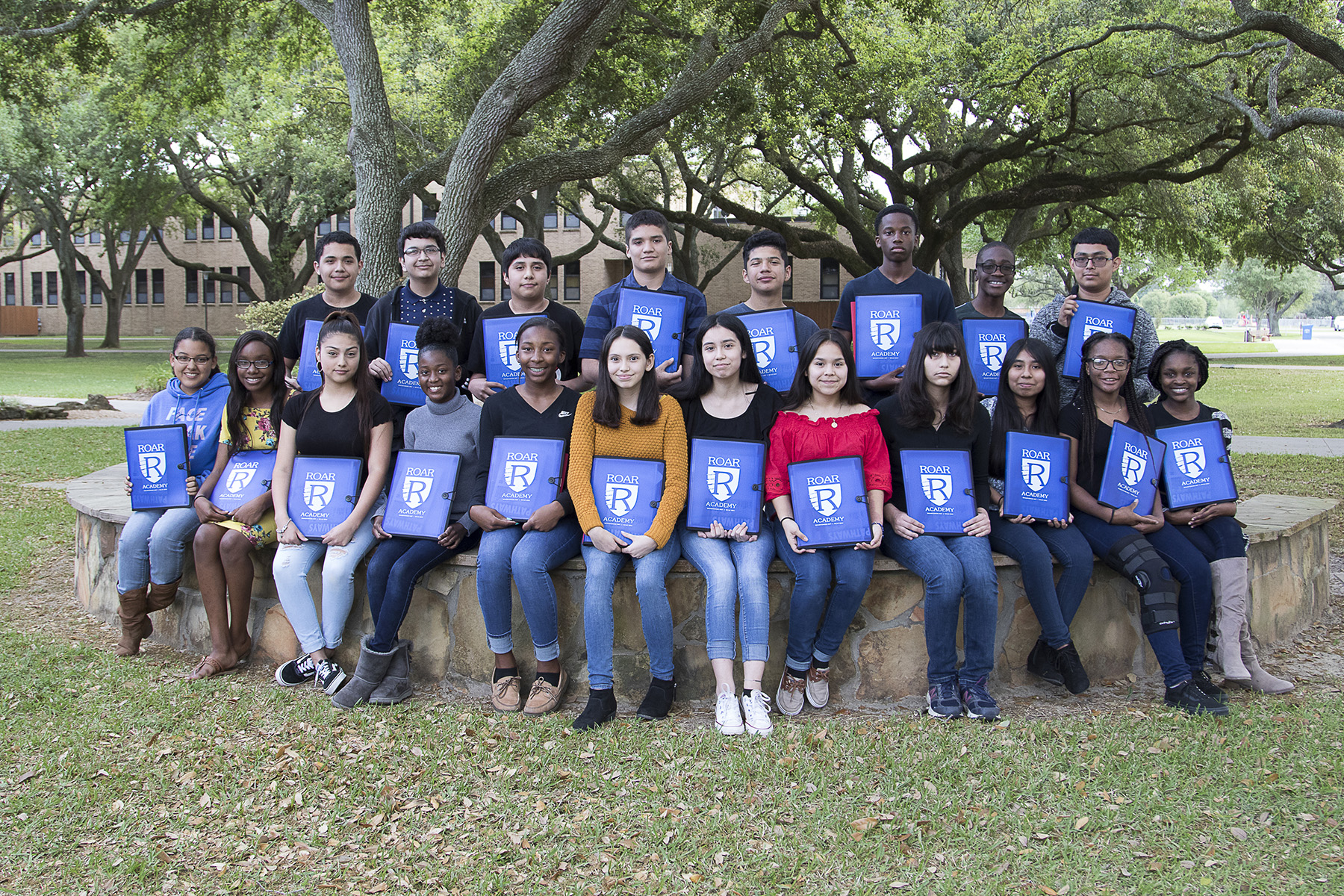 WHARTON, TEXAS – Wharton resident Alicia Flores couldn’t be happier about her daughter Juliet being accepted into the Realizing Our Academic Reward (ROAR) Academy. After all, Juliet’s older sibling, Jazmine, was in the inaugural program and is now studying at Texas A&M Corpus Christi.

“Coming through ROAR really helped her focus on her studies and helped her stand out when it came to getting scholarships,” Flores said. “This is a great program.”

Through ROAR, Juliet and 24 other Wharton High School freshmen this fall will get the opportunity to begin earning college credit while seeking their high school diploma. A collaborative effort of Wharton Independent School District and Wharton County Junior College, ROAR enables students to earn up to 60 college credit hours during high school. The program begins freshman year and is offered free of charge to participating students. Books, supplies, and an electronic device like a laptop or a tablet are provided at no cost.

Wharton ISD Superintendent Tina Herrington expressed her thanks to WCJC for helping the district offer such a rewarding program. The inaugural class was launched in 2014.

“I want to begin by thanking WCJC for beginning this partnership,” she said. “WCJC is such a valuable resource and it’s really exciting for the students to have this opportunity.”

Herrington noted that last summer seven students from the ROAR class of 2018 graduated with their high school diploma and an associate’s degree at the same time. Many others such as Jazmine Flores completed enough college hours to transfer to a university as a sophomore or junior.

The point of ROAR is to provide students – some of whom are the first generation in their family to go to college – with the resources and support needed to further their education.

“It’s going to be hard. It’s going to be tough. But with our support and with your parents’ support, we have no doubt you will succeed,” Wharton High School Principal Olatunji Oduwole told the new class.

“I congratulate you on taking on this endeavor,” added Bryce Kocian, WCJC’s vice-president of administrative services.

Wharton students Ariana Thompson, Janaesia Sanders and Kateria Knight admitted after the lottery ceremony that they are nervous about taking college classes. But they each recognize the unique opportunity they – and their families – have been provided.

“I feel like this is going to be a great experience,” said Knight, who plans to become a pediatrician.

“I’m looking forward to seeing how it feels to take college classes,” added Sanders, who wants to go into business.

Thompson has intentions of being a lawyer and said she was most nervous that her name would not be called and she would miss out on the program.

“I am so happy that I feel like I’m going to cry when I get home,” she said.