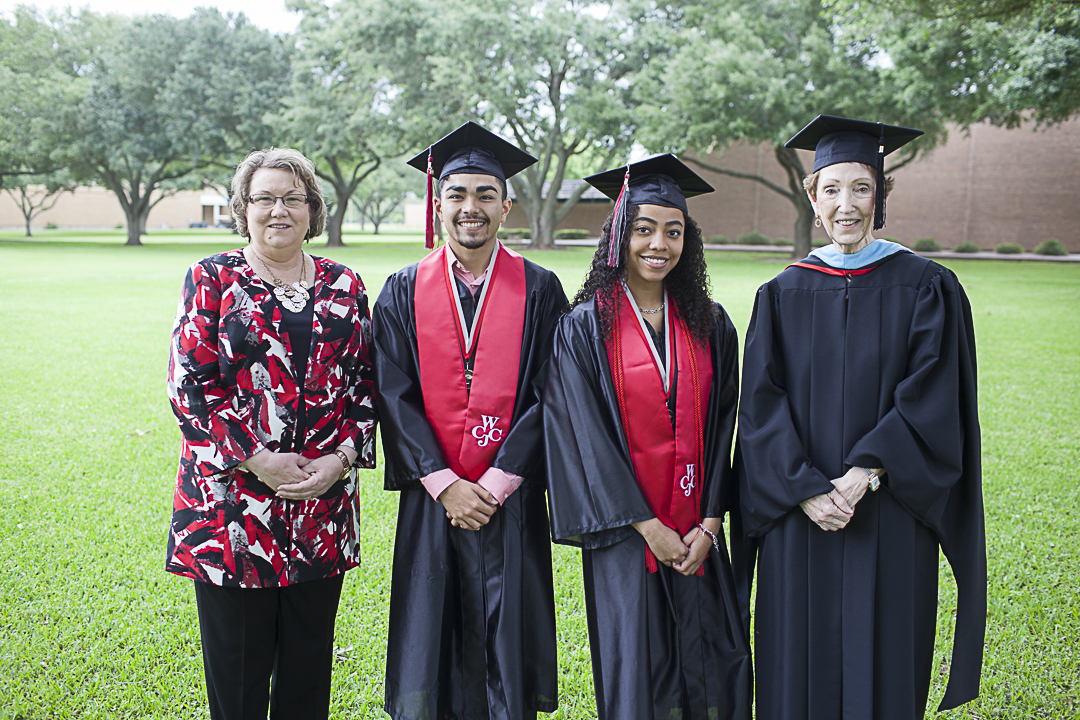 Held at 10 a.m. and 2 p.m. on Saturday, May 18, the dual events drew maximum capacity crowds at the Gene Bahnsen Gymnasium on the Wharton campus. In total, 269 graduates received degrees.

Two high school students – Adrian Mora and Ja’Lea Quintero-Brooks – participated in the morning ceremony as part of the Realizing Our Academic Reward (ROAR) Academy, a collaboration between WCJC and Wharton ISD that enables a select group of students to earn upwards of 60 college-level credit hours while still enrolled in high school. Both students completed enough credit hours to earn their associate’s degree.

WCJC students and faculty were also recognized during the event. The President’s Award was presented to Elena Perez of Eagle Lake. Perez also received a High Grade Point Average Award, along with Makayla Hobbs of Boling, Amnah Minhas of Sugar Land and Binh Thai Nguyen of Palacios.

The Outstanding Services Award – which recognizes a student who best exemplifies the spirit of service to the college and the community – was presented to Kasey Guardado of Needville.

WCJC Instructor of Speech Jim Bob Conner was presented with an Award of Teaching Excellence.

Special music for the ceremonies was provided by the WCJC Choir under the direction of Dr. Karl Paoletti and accompanied by Debra Lemson.