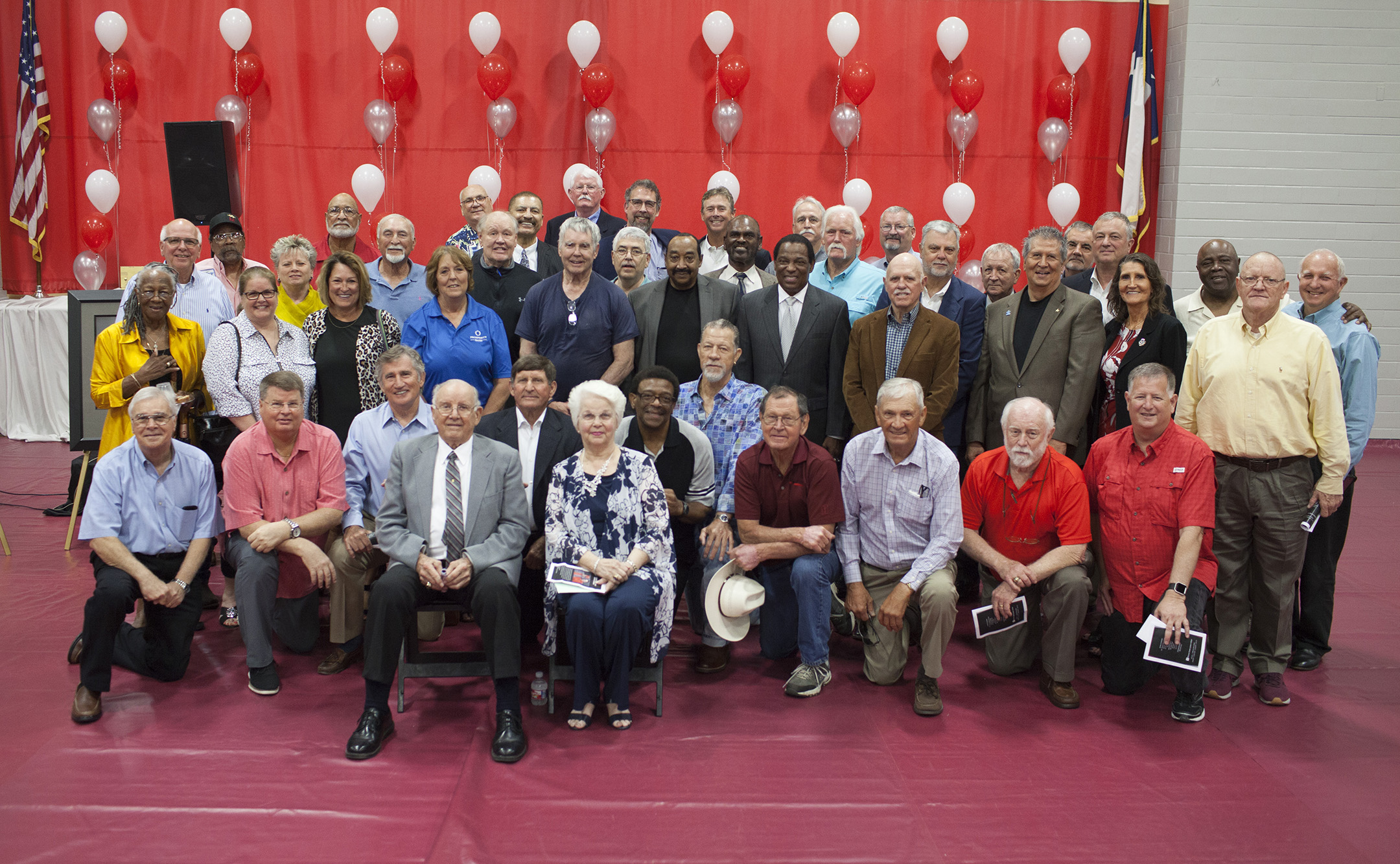 Former Wharton County Junior College athletes who played for Athletic Director Gene Bahnsen during his 60 years of service to the college gather for a photograph during a ceremony marking the naming of the Gene Bahnsen Gymnasium. 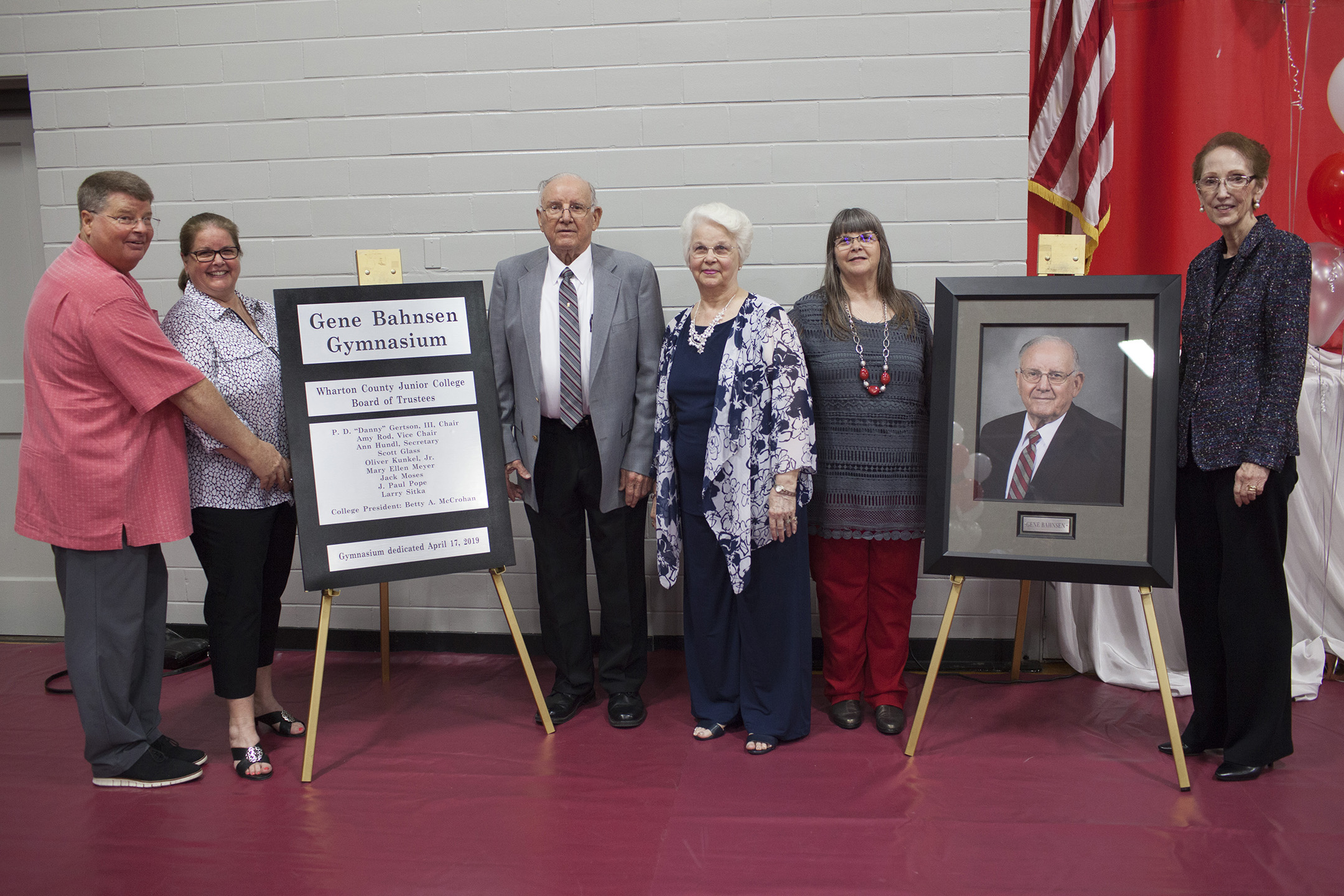 The gym was transformed into a reception hall for the April 17 event, accented with displays of antique photographs chronicling Bahnsen’s 60 year career, antique jerseys and equipment, and trophies won by the teams he coached or oversaw during his tenure at WCJC. The highlight of the event was the unveiling of a plaque and photograph of Bahnsen that will be permanently installed in the facility. Bahnsen and his wife, Jan, were assisted by WCJC President Betty McCrohan in the unveiling process.

“Coach Bahnsen has been there for all of us and coached some excellent teams. He was totally loyal and dedicated,” McCrohan said. Looking around at the crowded gym, she added, “This room is full of love for you.”

Bahnsen, 85, later took the podium to express his thanks for the recognition.

Bahnsen arrived at WCJC on July 1, 1959, after a three-year stint as a lieutenant with the United States Air Force. Initially hired as a basketball coach, assistant football coach and physical education instructor, Bahnsen would go on to coach track and field and tennis and oversee the athletic dormitory. He was named athletic director in 1965. The National Junior College Athletic Association’s Men’s Basketball Coaches Association named him to the association’s 2012 Hall of Fame class.

“Coach Bahnsen had a lot of emotion and spirit,” Parker said, noting that Bahnsen became something of a “big brother” through his leadership and guidance. “He’s been instrumental in my life.”

Danny Hauser, a native of El Campo, was the Most Valuable Player on the 1969 WCJC Basketball Team as well as the recipient of the 1969 WCJC Johnnie Frankie Award. Hauser played on the University of Houston’s Basketball Team before pursuing a career as a banker. He is now retired and lives in the Woodlands.

Describing his former coach as determined, competitive, smart and cunning, Hauser said his time at WCJC set the tone for the remainder of his life.

“I owe this school and this man everything,” Hauser said.

Hauser went on to announce the formation of the Gene Bahnsen Endowed Scholarship, a means of providing financial assistance to future WCJC students. Hauser not only came up with the concept of the scholarship, he further kicked things off with a $10,000 contribution.

Additional donations were collected during the event. Anyone interested in contributing to the endowment may do so by writing a check to the WCJC/Gene Bahnsen Endowed Scholarship, care of the WCJC Office of Marketing and Communications, 911 Boling Highway, Wharton, Texas, 77488.