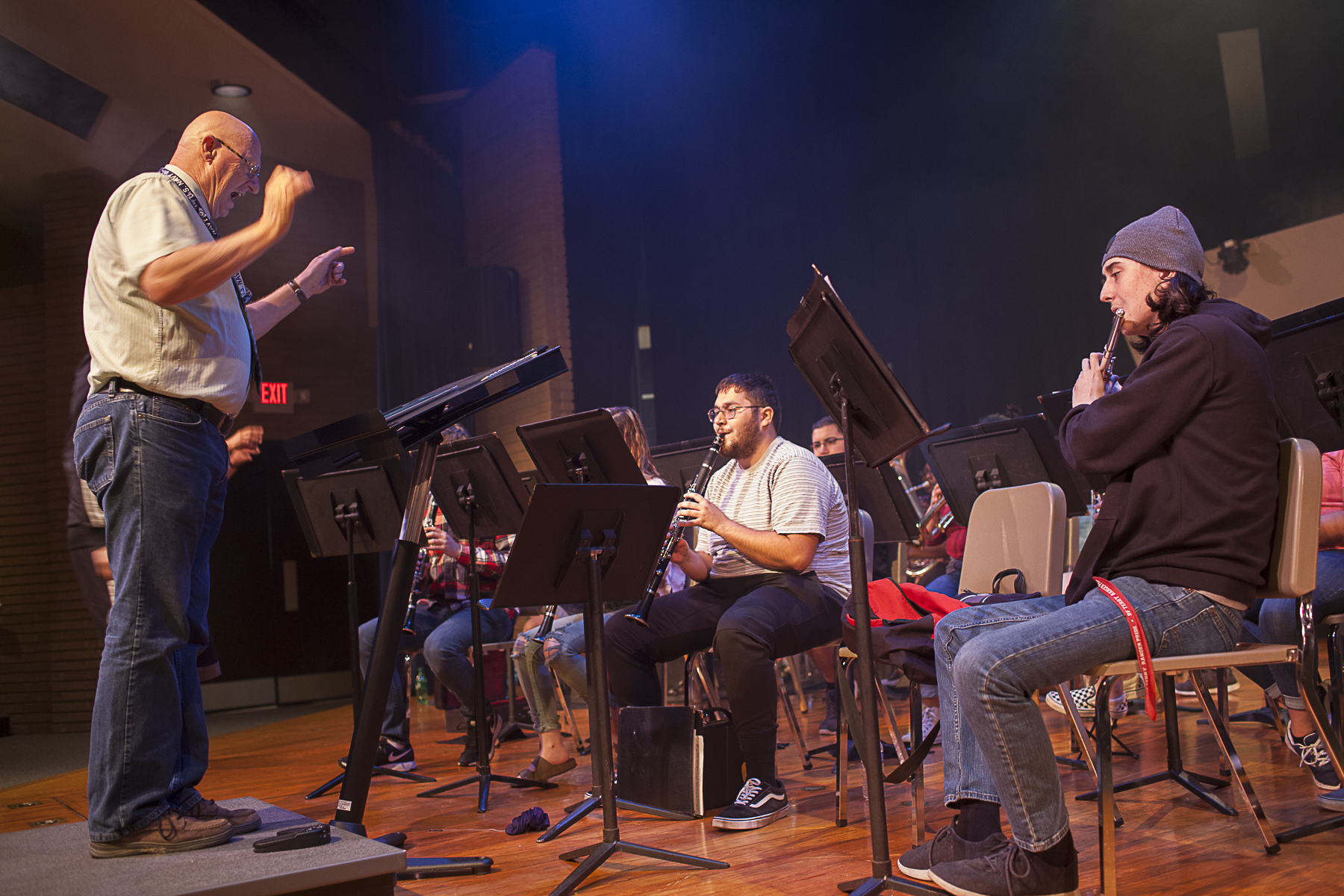 With fog machine smoke creating the proper atmosphere, Wharton County Junior College Band students Andrew Blume of Rosenberg, center, and Evan Stavena of Wharton, right, take their cues from Band Director Joe Waldrop during a rehearsal for their upcoming concert, "Let's Dance." The event will take place at 7 p.m. Tuesday, April 2, at the Horton Foote Theatre on the Wharton campus. The public is invited and admission is free.

WHARTON, TEXAS – The Wharton County Junior College Band will throw a party for the community at its upcoming concert, “Let’s Dance.”

Scheduled for 7 p.m. Tuesday, April 2, at the Horton Foote Theatre in the Duson-Hansen Fine Arts Building on the Wharton campus, the concert is open to the public and admission is free. Guests should come ready to have a good time, says WCJC Band Director Joe Waldrop.

“Not all music has to tell a certain story, sometimes music is just for enjoyment,” he said.

The concert will feature upbeat, energetic tunes that were popular over the past several decades. Selections will include well-known fan favorites from artists like The Village People and Michael Jackson. To add a little mood to the music, Waldrop will rely upon fog machines, strobe lights, lasers and other items associated with large-scale celebrations. The entire point is to just have some fun and enjoy the show.

“Sometimes you just have to let your hair down and enjoy life,” Waldrop said.