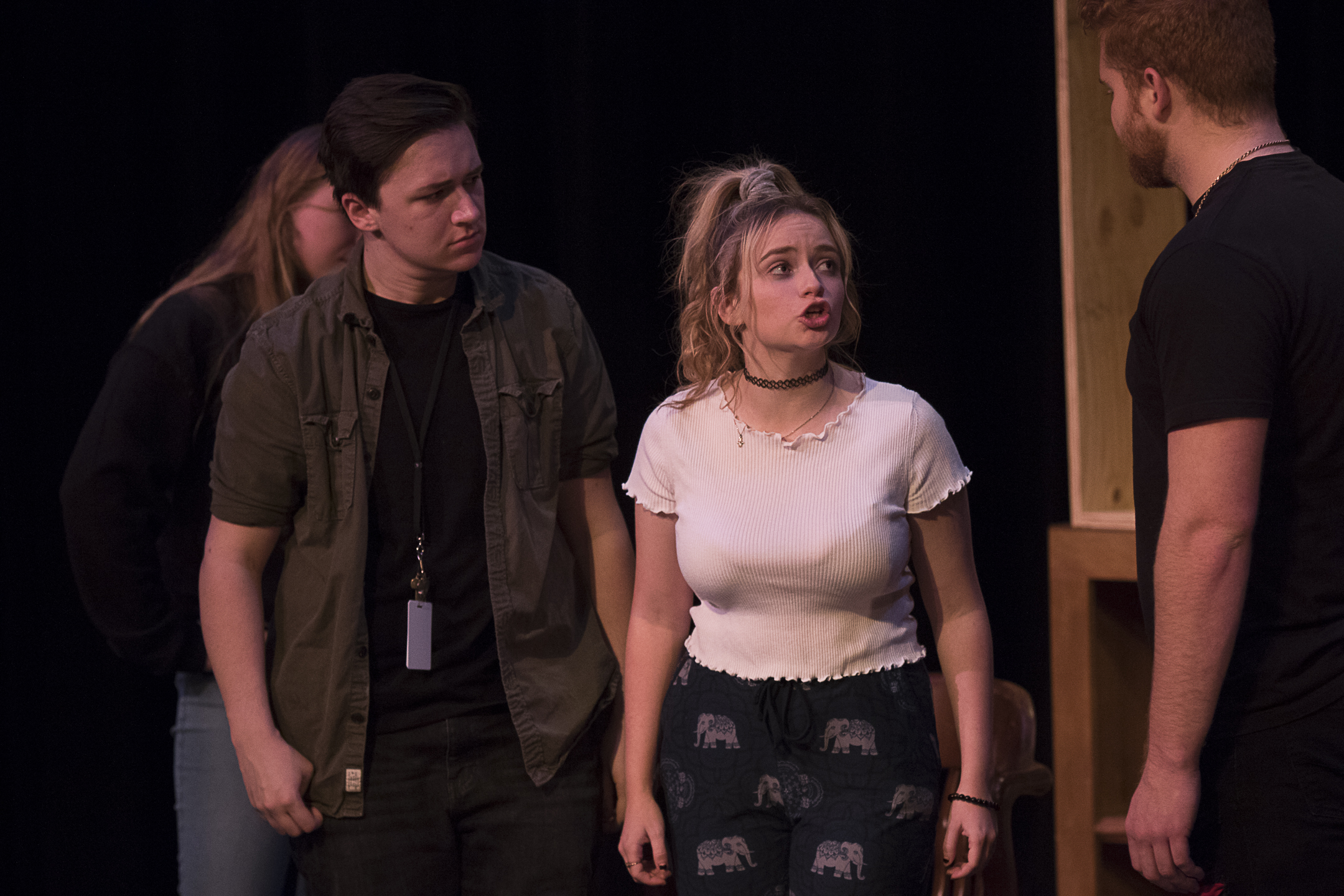 WHARTON, TEXAS – The Wharton County Junior College Drama Department’s first production of the Spring 2019 season takes an in-depth look at the power of a lie.

Penned in 1934 by American playwright Lillian Hellman, “The Children’s Hour” focuses on an all-girls school and the controversy that ensues when a student makes a shocking allegation against the institution’s administration. The WCJC Drama Department will present the play on Feb. 14-16 at the Horton Foote Theatre in the Duson-Hansen Fine Arts Building on the Wharton campus. Showtime is 7 p.m. and admission is free.

“Lies are powerful and can hurt or even ruin lives,” Hughes said. “I also wanted to raise the question of why the morals and beliefs of affluent people are often seen as correct simply because of who they are.”

The drama presented some interesting challenges as it was originally written as an all-female cast except for a sole male part. Hughes rewrote one of the characters to allow for an extra male role. She further modernized the script, setting it in 2019 with an emphasis on social media.

Rewriting the script was also a necessity considering that the play will be performed at an annual drama festival later this month. Plays performed at the competition must meet strict time guidelines.

“It was really hard to modify the script since this is a beautifully written three-act classic work of American theater,” she said. “I wanted so badly to keep every word.”

Set pieces were designed to be moveable and easily rearranged in order to be transported to the festival, which will take place at Eastfield College in Mesquite.

Hughes added that the production has been a bit “overwhelming” due to the required changes and the somewhat sensitive nature of the script.

“I am excited for the students and for the community to be introduced to this notable piece,” she said.