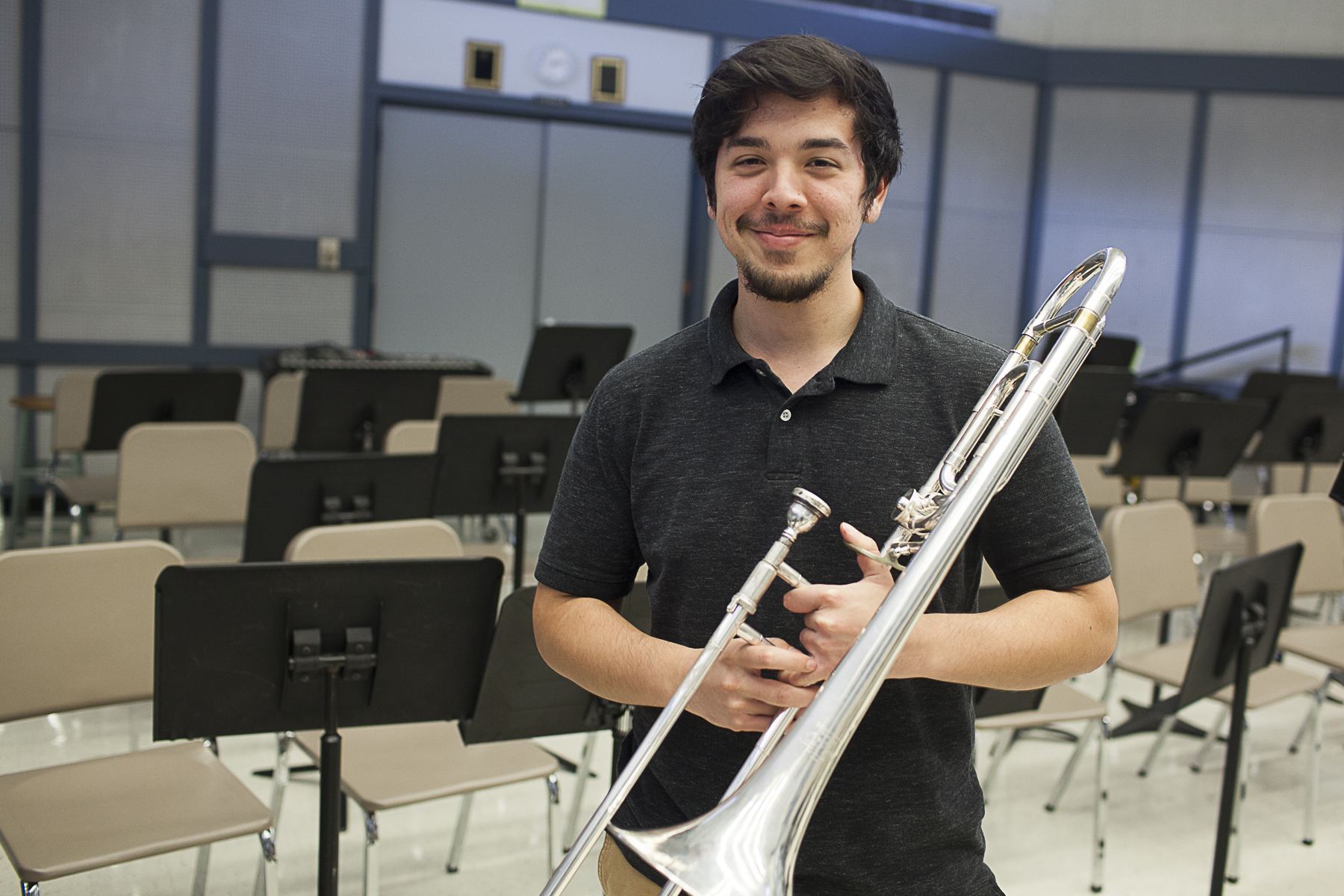 A music major from Orchard, Ramos is known as a dedicated, devoted student who puts in the time and effort needed to perfect his craft.

“He’s been in the band for two years and is extremely reliable,” Waldrop said of his student. “He practices a lot.”

Last fall, Ramos auditioned for the All-State Band by learning and recording three challenging pieces. That recording was sent to a special committee that compared it to entries from across the state of Texas. Ramos’s playing was good enough for him to earn the third chair position.

“It was challenging,” Ramos said. “It took a lot of extra work to perfect those songs.”

Four other WCJC Band members also tried out for the All-State group, but Ramos was the sole member selected.

As part of the All-State Band, Ramos will perform at the Texas Music Educators Association Conference in San Antonio in February. The conference welcomes thousands of attendees and performers from across the nation and features exhibits, workshops, professional speakers and live performances, including those from the All-State ensembles.

Ramos, who intends to become a band director someday, will practice for three days before participating in the final concert at San Antonio’s Henry B. Gonzalez Convention Center.

Although he will be the sole WCJC Band member to make the trip, Ramos may recognize a few familiar faces. Three WCJC Choir members earned a spot on the All-State Choir and will also be participating in the convention. These students are Alexis Nieves of Rosenberg, Nicholas Paoletti of Richmond and Catching Valentinis-Dee of Katy.