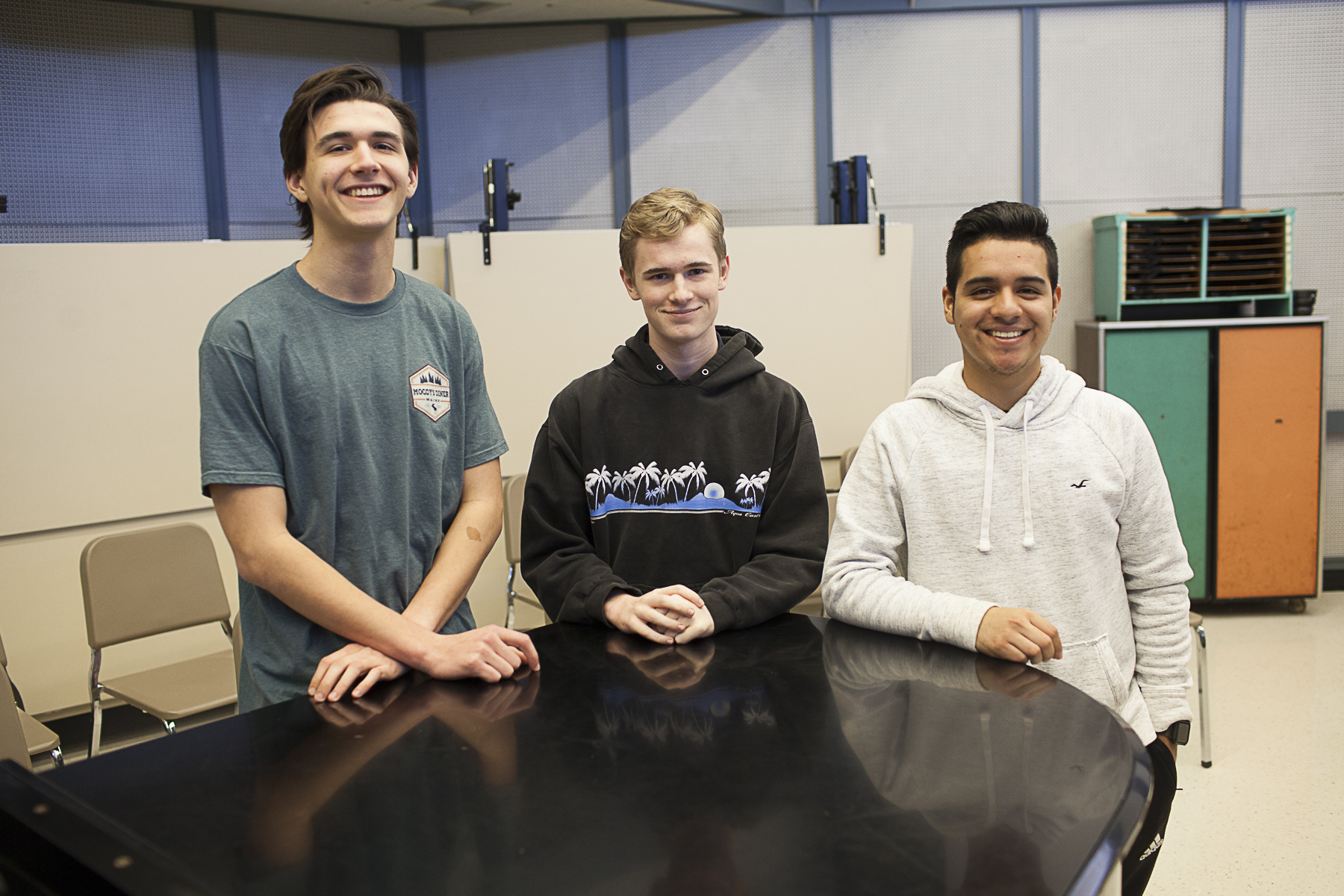 WCJC Choir members, from left, Catching Valentinis-Dee of Katy, Nicholas Paoletti of Richmond and Alexis Nieves of Rosenberg qualified for the Texas Two Year College All-State Choir and will perform in San Antonio in the Spring of 2019.

WCJC Choir members Alexis Nieves of Rosenberg, Nicholas Paoletti of Richmond and Catching Valentinis-Dee of Katy will perform at the Texas Music Educators Association Conference in San Antonio in February of 2019. The four-day conference welcomes thousands of attendees and performers from across the nation and features exhibits, workshops, professional speakers and live performances, including those from the All-State ensembles.

WCJC Choir Director Dr. Karl Paoletti said making the All-State group is no small feat, and he credits his students with putting in the time and effort required to earn one of the coveted spots.

“It’s quite an honor for them to be able to participate,” Paoletti said.

Try-outs were held in November at Victoria College. The vocalists had to learn several wide-ranging selections in Latin, German and English and then perform these in front of a roving panel of judges.

“It was pretty intense,” Nieves said.

Preparation for the try-outs included plenty of after-class practice as the singers attempted to perfect their command of the nine musical selections. The trio often met together to hone their skills, in addition to solo sessions.

“We had to do it on top of our other studies and responsibilities,” Nicholas Paoletti said.

“We had to sacrifice a lot,” Nieves added.

Making the cut, however, was well worth the time, energy and personal commitment.

“It was an interesting exercise in planning but overall was a fun and challenging experience,” Valentinis-Dee said.

Valentinis-Dee and Nieves are both sophomores while Paoletti is a freshman. Nieves is the sole music major of the group.