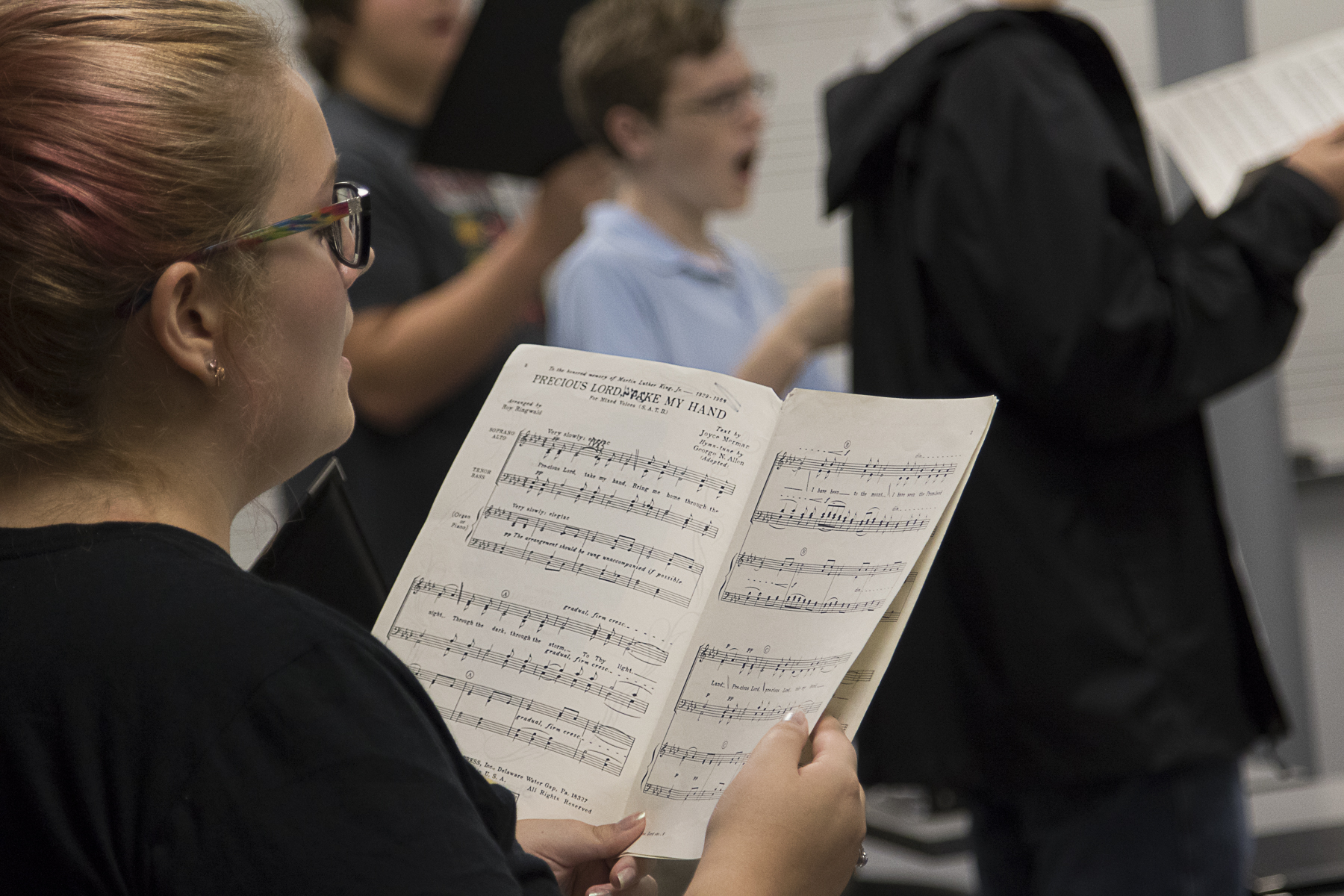 Wharton County Junior College Choir members rehearse for their upcoming concert, "Songs of Hope and Inspiration," scheduled for 7 p.m. Tuesday, Oct. 9, at the Pioneer Student Center on the Wharton campus. The event is open to the public and admission is free.

WHARTON, TEXAS – From spirituals to Disney favorites to good old fashioned rock ‘n’ roll, the Wharton County Junior College Choir will present a wide variety of tunes at its first concert of the Fall 2018 season.

The “Songs of Hope and Inspiration” concert will take place at 7 p.m. Tuesday, Oct. 9, at the Pioneer Student Center on the Wharton campus. The public is invited and admission is free.

Choir Director Dr. Karl Paoletti wanted to present inspirational pieces that would uplift the audience while proving challenging to his choir members.

“The audience will be moved hearing these talented students singing songs of hope,” Paoletti said.

This is Paoletti’s first concert as WCJC’s Choir Director. He has been impressed with his students and their dedication to tackling difficult pieces. One song in particular – “Gloria” by composer Paul Basler – is particularly formidable as it’s written in Latin and is based on melodies and rhythms the composer heard in Kenya, where he served as a Fulbright Senior Lecturer in Music at Kenyatta University.

“Learning to sing in Latin has been quite a challenge,” Paoletti said.

Though several of the pieces may be new experiences for the audience, others are well known favorites that are sure to bring a smile. These include “How Far I’ll Go” from the Disney animated film “Moana,” the rock classic “Don’t Stop Believing” from “Glee,” and “Who Lives, Who Dies, Who Tells Your Story” from the Broadway musical, “Hamilton.” The choir will also perform the rousing spiritual classic, “Precious Lord, Take My Hand.”

“Some of these songs will be pieces the audience may never have heard before, but these selections are quickly becoming standard repertoire in the field of choral music,” Paoletti said.