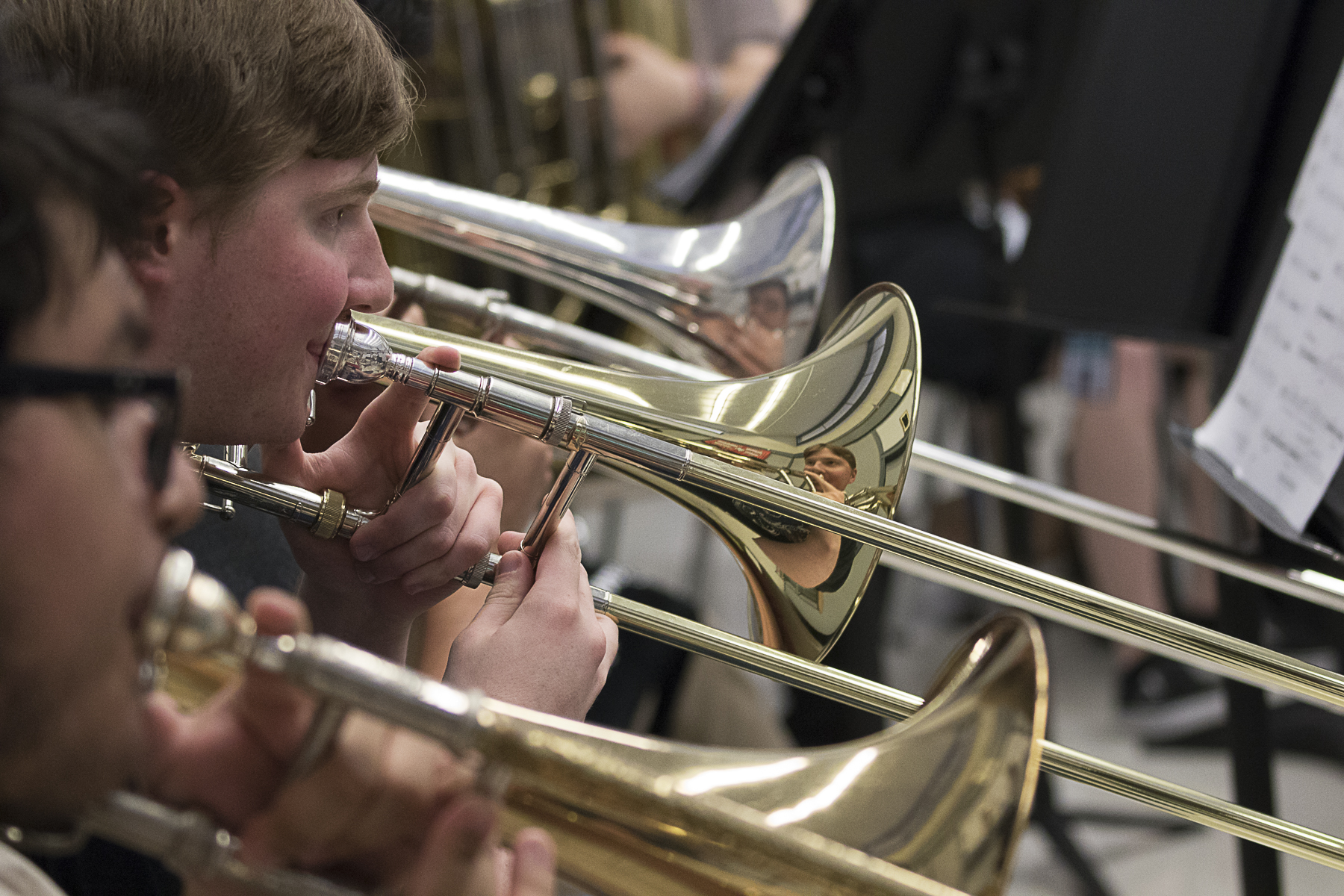 “The WCJC Band Presents: Leroy Anderson” is scheduled for 7 p.m. Tuesday, Sept. 25, at the Horton Foote Theatre in the Duson-Hansen Fine Arts Building on the Wharton campus. The show is open to the public and admission is free.

The performance will feature songs by American composer Leroy Anderson, known for his creative instrumentals and incorporation of uncommon items like sandpaper and typewriters. WCJC Band Director Joe Waldrop will use a typewriter, sandpaper and several homemade instruments during the concert.

“I built these wacky instruments and we’ve arranged to have members of the WCJC staff come out and play them,” Waldrop said. “Leroy Anderson did all of these ‘tongue and cheek’ pieces and I wanted to showcase those to the public since they are light and fun.”

Waldrop said the songs have presented quite a few challenges due to their quick time signature, complex rhythm and the inclusion of so many non-traditional instruments. He said his students have done an admirable job of tackling the challenges head on and putting in the time and effort needed to master the selections.