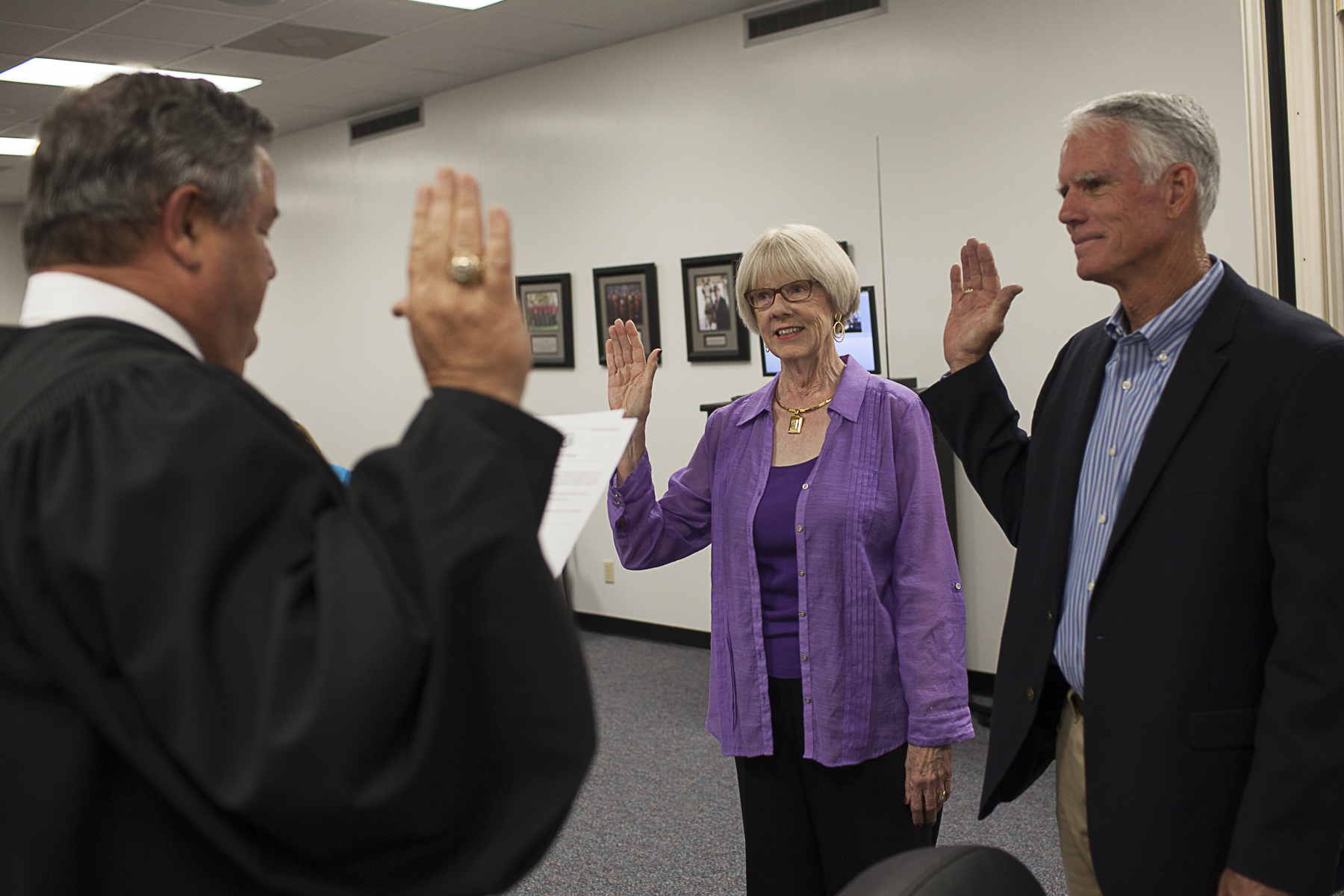 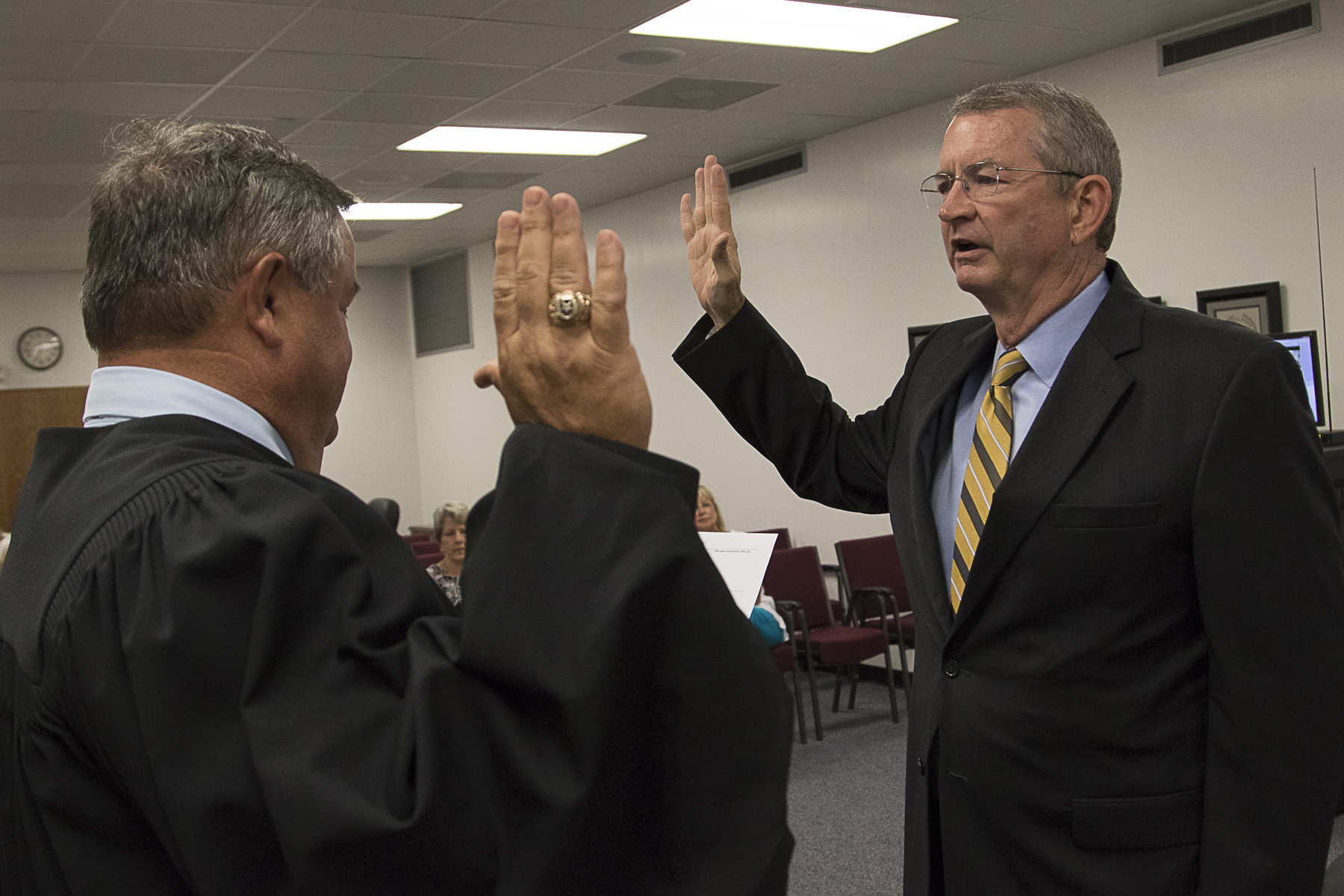 Wharton County Junior College trustee J. Paul Pope of El Campo, right, is officially sworn in by District Judge Randy Clapp. Pope was sworn in at the June 19 board of trustees meeting and will serve a six-year term.

Mary Ellen Meyer of El Campo and J. Paul Pope of El Campo were both sworn in recently and officially began their terms. Meyer will serve in Position 5, formerly held by Merle Hudgins, and Pope will take over Position 6 from Monty Merecka. District Judge Randy Clapp performed the official ceremonies, held on May 15 for Meyer and June 19 for Pope.

Board chairman P.D. Danny Gertson III of East Bernard was also sworn in at the May 15 board meeting to begin another term.

The board is comprised of nine elected officials. Members serve six-year terms.