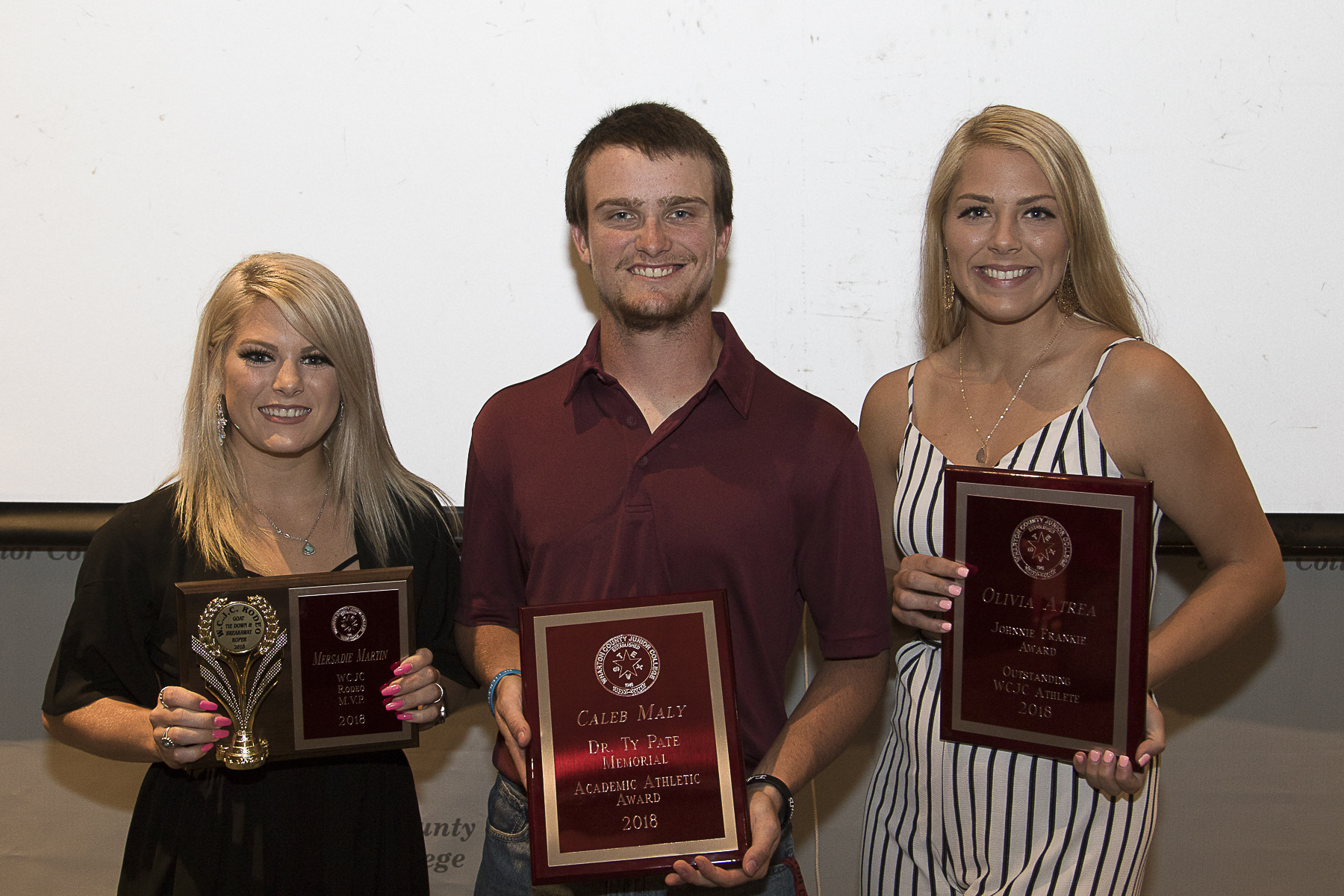 WHARTON, TEXAS – Wharton County Junior College’s student athletes have been recognized for their accomplishments both on and off the field of competition.

During the 55th Annual Athletic Banquet, held recently at the Pioneer Student Center on the Wharton campus, athletes from the college’s three sports programs – baseball, rodeo and volleyball – were introduced and lauded for their classroom success and athletic skill. All three program coaches thanked parents for instilling in their children the values of hard word, discipline and personal achievement.

WCJC Volleyball Team member Olivia Aprea, an outside hitter from Richmond, won the college’s coveted Johnnie Frankie Award. Jenny Banker, daughter of the late WCJC coach Johnnie Frankie, presented the award, which has been bestowed since 1964 upon athletes who exhibit outstanding abilities and character.

“She is always looking for a way to bring people together,” Banker said of Aprea.

The Dr. Ty Pate Academic Award – an honor established in the memory of the late WCJC administrator and former athlete – went to Caleb Maly, a sophomore outfielder from Pearland. WCJC Instructor of Biology Kevin Dees presented the award, noting that Maly possessed a 3.77 average this past semester and has made the Dean’s List every year since he joined the Pioneers Baseball Team.

“He has a commitment to his team and to education,” Dees said.

“She is the embodiment of what leadership means,” Amestoy said.

Academic All-Conference Awards were also presented to students who had at least a 3.25 GPA, had been enrolled at the college for at least three semesters and had taken at least 36 hours of course work.

Academic All-Conference Award winners for 2018 were: