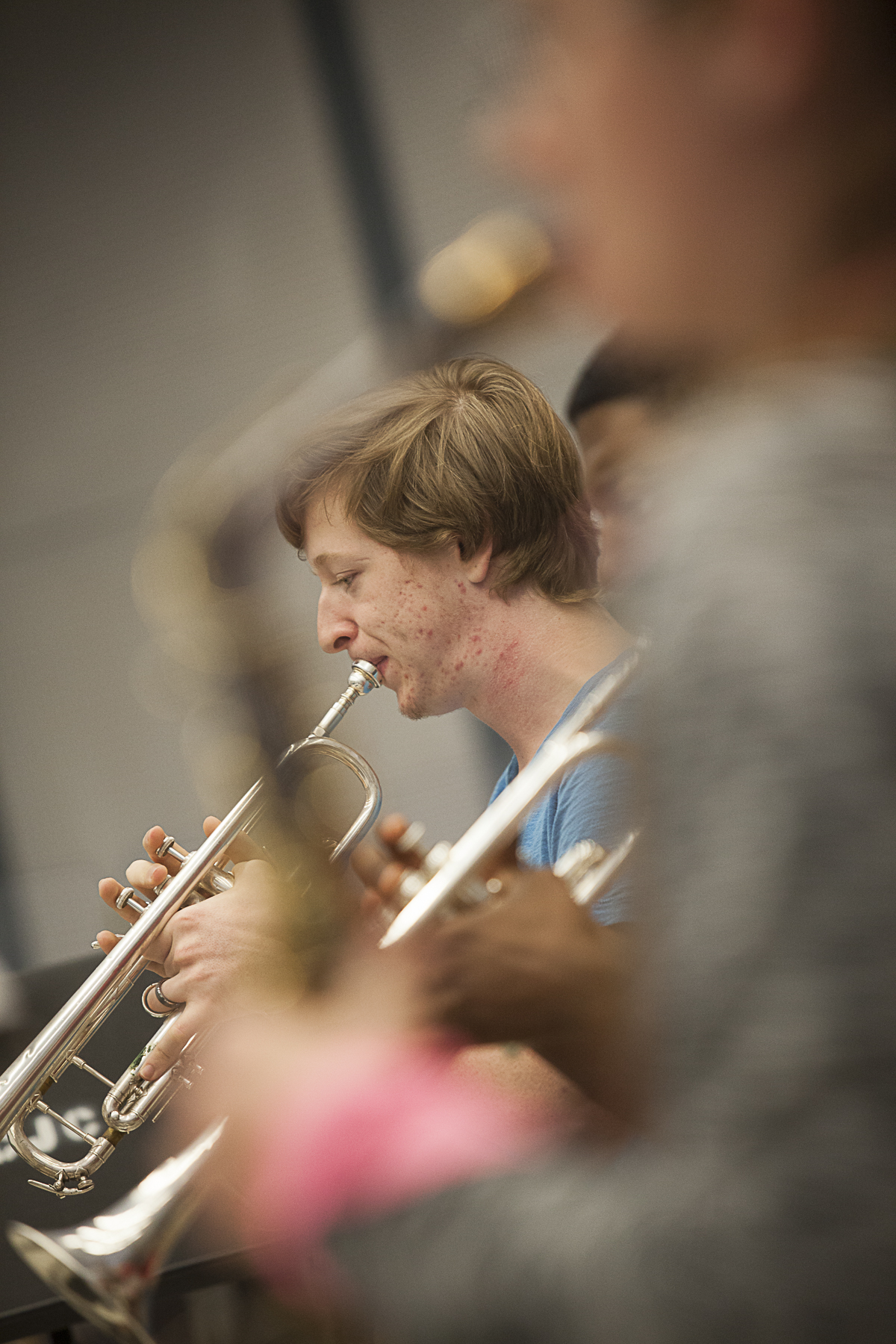 Trumpet player Christopher Weinberg of Danevang rehearses with the Wharton County Junior College Band. The band and choir will travel to Branson, Mo., on March 15 for performances at iconic music venues.

Scheduled to leave the Wharton campus on Thursday, March 15, the group will travel 13 hours via charter bus to the well-known Missouri destination, which is renowned for musical entertainment. For the next two days, choir and band students will perform in three different venues, focusing on familiar rock, pop and country tunes.

WCJC Band Director Joe Waldrop – accompanied by WCJC Instructor of Music Brittany May and several other adult chaperones – will supervise the 32-member group. Waldrop will conduct both the choir and the band, which should prove to be an interesting endeavor.

“It will be a little challenging for me because it’s a different style of directing,” Waldrop said, referring to conducting the choir.

Waldrop said WCJC sent a group to Branson several years ago and had a great experience. He felt it was high time for a return visit.

“The students have worked hard and deserve something special,” he said. “This gives them the opportunity to perform in front of an audience that’s used to professional performers.”

Students participating in the event had to cover a portion of the expenses, with the remainder of the funds coming from fundraisers.

Waldrop believes the trip will prove to be a once-in-a-lifetime experience for many of the WCJC students.

“We’ve got kids that have never left the state,” he said.