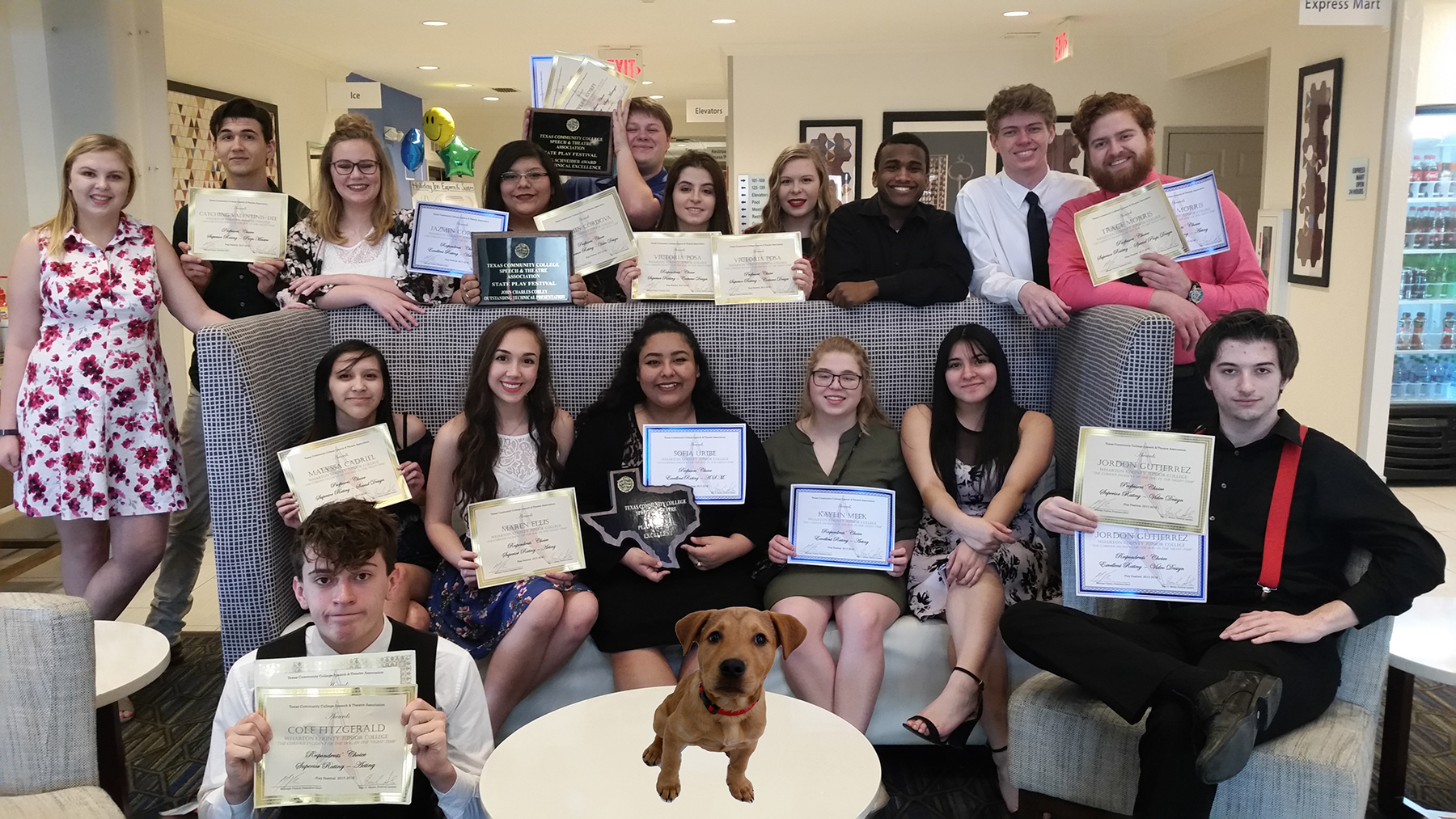 “I think the students did a really good job and I couldn’t be prouder of their accomplishments,” said WCJC Drama Instructor and director Greg McLarty.

Held from Feb. 28 to March 3 at Texas A&M Commerce, the festival featured eight community colleges from across the state. WCJC’s performance of “The Curious Incident of the Dog in the Night-Time” garnered an impressive amount of praise from the judging panel, with 22 awards bestowed on the WCJC students, including an “Excellent” overall rating for the production.

“It was the perfect time to experience the other schools’ shows, and to learn about their journeys to get here along with our own,” said Trace Morris, an actor in the company.

“Last weekend opened up my perspective on what it really means to work hard and get things done,” said Victoria Posa, the show’s costume designer.

“Festival was such a great time,” said Tyler Korff, the stage manager and a member of the acting company. “Being able to spend the whole week with people I love and watching the one thing I love to do. It is something that I am very proud of.”

An additional cast member not mentioned in the awards was “Sandy,” a mixed-breed puppy that played a crucial part in the play. McLarty rescued the dog, which had been abandoned, with the assistance of the Friends of Wharton Animal Control. The puppy has since been adopted by a couple in Bay City.