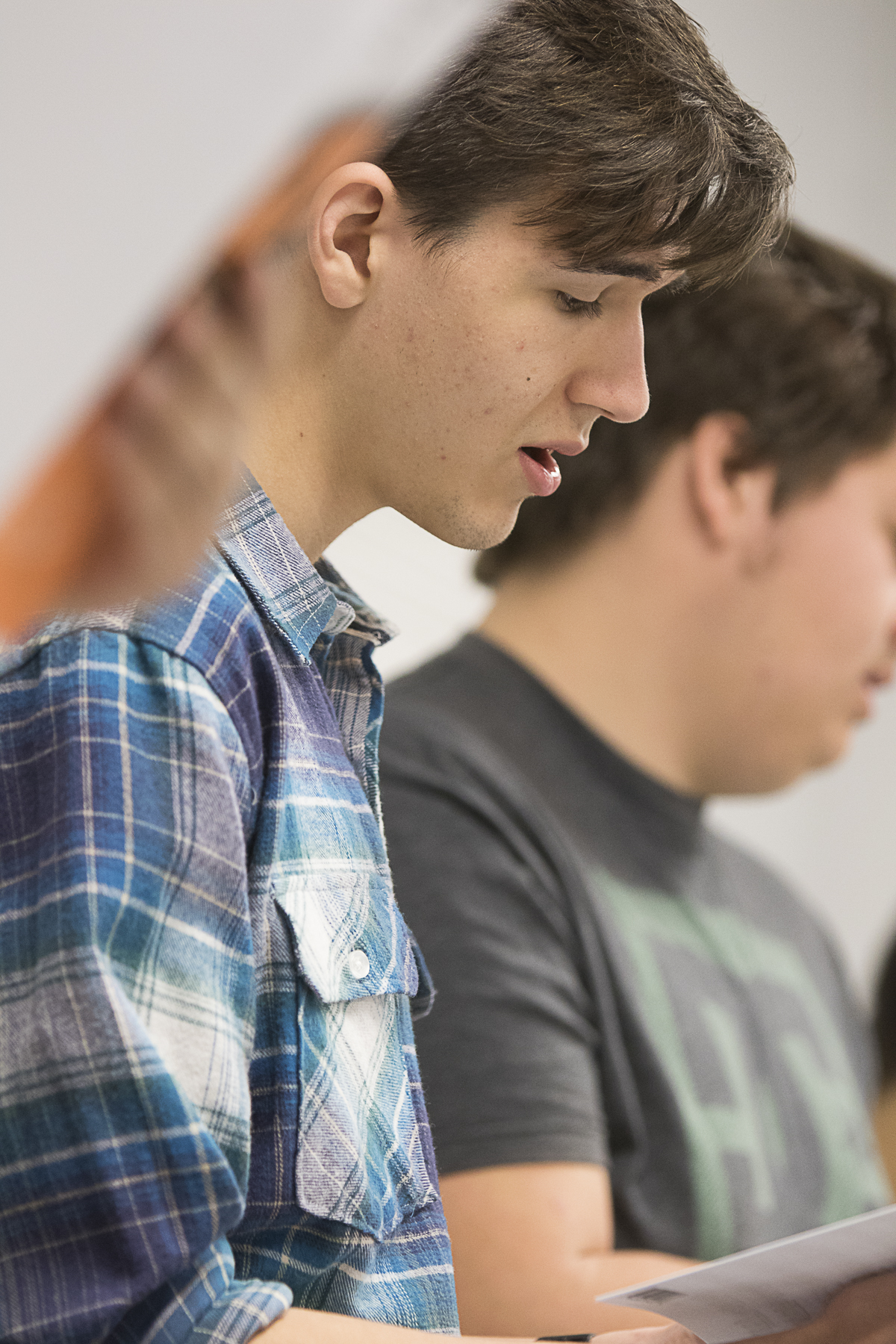 Wharton County Junior College choir member Catching Valentinis-Dee of Katy rehearses for the upcoming concert, "Greatest Hits." Scheduled for 7 p.m. Tuesday, Feb. 13, at the Pioneer Student Center on the Wharton campus, the event is free of admission and open to the public.

WHARTON, TEXAS – The Wharton County Junior College Choir will perform some of the best known pop, soul and funk songs of all time at its upcoming concert, “Greatest Hits.”

Scheduled for 7 p.m. Tuesday, Feb. 13, in the Pioneer Student Center Ballroom on the Wharton campus, the concert will feature songs that previously topped the Billboard charts and were highly popular during their heyday. The event is free of admission and open to the public.

“We wanted to celebrate some of the most enduring songs of all time, selections that achieved a special status in musical history,” said WCJC Choir Director Dr. Kevin Klotz. “This is music we all grew up loving.”

Selections include such hits as Bob Seger’s “Old Time Rock and Roll,” John Lennon’s iconic “Imagine,” the Jackson Five’s “ABC,” the Diana Ross track “Ain’t No Mountain High Enough” and more contemporary pieces like “See You Again” and “Shut Up and Dance.”

The songs cover a wide variety of pop, funk and soul tunes and contain challenging rhythms.

“Getting the choir to sing the right rhythm at the right time is difficult,” Klotz said.

Another challenge is getting the singers to learn the proper arrangements.

“Most of the students know the songs but the arrangements we are learning deviate from the popular recordings,” Klotz said.

Klotz noted that the choir will perform some of the same selections next month during a special trip to Branson, Mo., with the WCJC Band.

“This concert is something of a preview of what the choir will be taking on the road,” Klotz said.

As for the “Greatest Hits” concert, Klotz is hoping for a great turnout.

“These are classic songs and everyone will really enjoy this program,” he said.