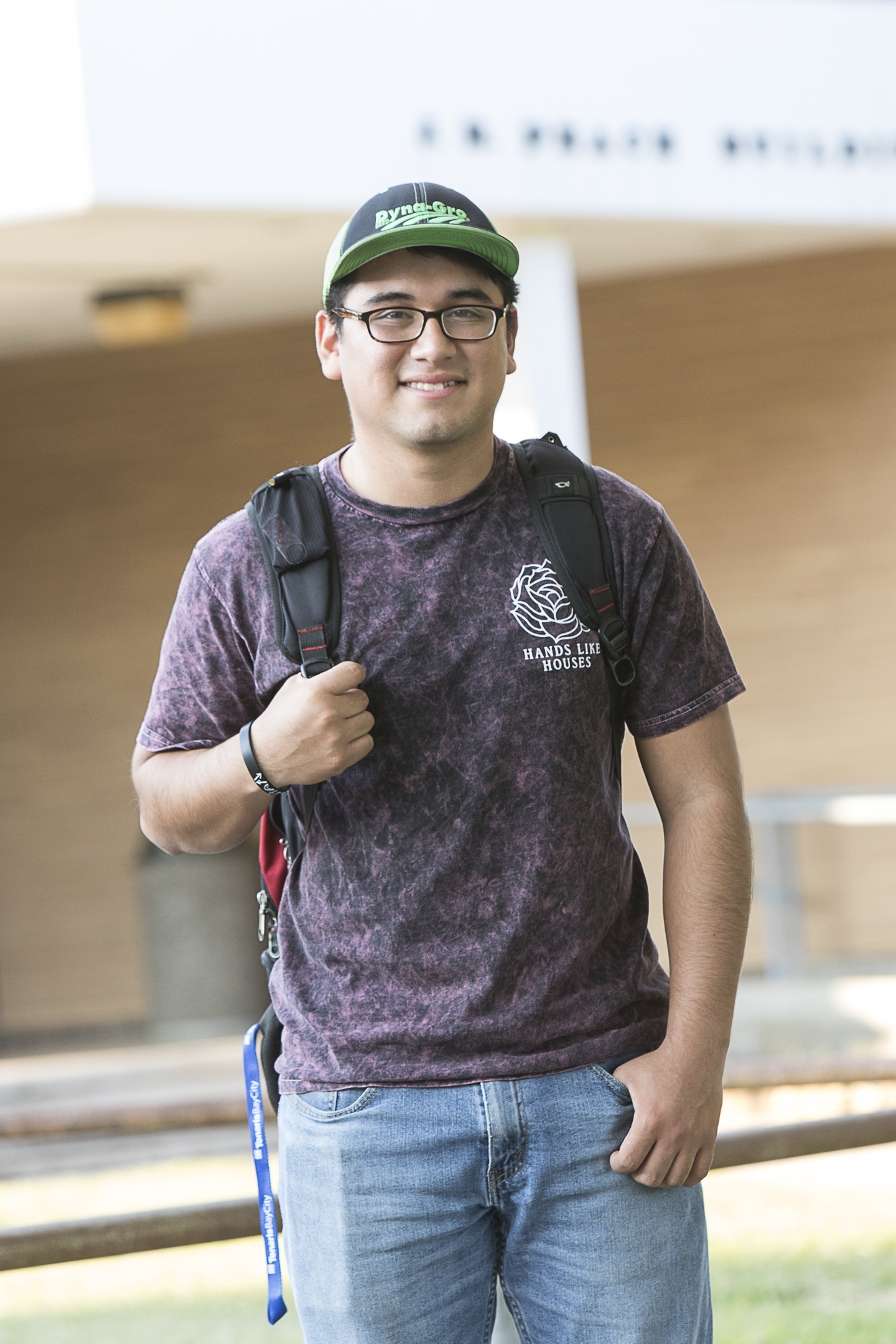 El Campo resident Ismael Mendez will continue his studies at Wharton County Junior College thanks to a $5,000 scholarship from the Houston Livestock Show & Rodeo. Mendez is enrolled in the Engineering Design Program.

WHARTON, TEXAS – By the end of this year, El Campo native Ismael Mendez will have completed three semesters at Wharton County Junior College. Thanks to the Houston Livestock Show & Rodeo, he’s coming back next spring for a fourth.

Earlier this fall, the Houston Livestock Show & Rodeo’s Educational Programs division awarded Mendez with a $5,000 scholarship – funds that will keep the 19-year-old in class and one step closer to his dream of becoming an engineer. Since 2015, the HLS&R has providing scholarships for WCJC students entering technical fields like engineering design, process technology and welding.

“It was incredible to get this scholarship because I have been going through some pretty serious financial issues,” Mendez said. “I didn’t even know if I was going to be able to pay for college after this semester.”

Living with his parents and three siblings, Mendez splits his time between classes at WCJC and his job at Crop Production Services in El Campo. Over the summer months, he worked full-time, roughly 56 hours a week, harvesting and testing different varieties of rice. Once the fall semester started, Mendez still managed to put in 30 hours of work per week while tackling a demanding 15 credit hour load in the Engineering Design Program.

“My backpack usually consists of books, paper, pencils and a drafting kit as well as a change of school clothes,” he said. “Sometimes I feel like Superman running and changing from one uniform to another, glasses and all.”

A portion of the money he makes goes towards helping his parents with the expenses of running a household. His mother works for the Louise Independent School District while his dad is employed in pipe irrigation. Like other south Texas residents, Mendez’s family was personally affected by Hurricane Harvey and has since struggled to return to normalcy.

Unanticipated repairs and costs meant there might not be enough funds left over for Mendez’s college. Thanks to the HLS&R Scholarship, Mendez’s immediate educational future is now set.

“I’ve been pretty blessed,” he said.

A 2016 Louise High School graduate, Mendez has taken his education seriously for most of his life. He finished in the Top 10 of his class and was a member of the National Honor Society, the Tejano Club, Fellowship of Christian Athletes, the Student Council, and served as an officer for the Future Farmers of America.

Coming to WCJC was a logical choice.

“Everyone at WCJC made me feel welcomed,” he said. “They made my transition from high school to college a lot smoother, which was a big relief for a nervous freshman coming from a small school.”

Mendez said his time at WCJC has been extremely rewarding, with friendly classmates and teachers who go the extra mile.

“I wanted to help him because he is driven for success,” Saucedo said. “He is a very hardworking and dedicated student, taking a full-time class load while putting in a 30 to 40 hour work week. It has been a pleasure to see Ismael grow up and I am excited to see what the future holds.”

Mendez’s long-term goals include completing the Engineering Design Program and either finding a good job or going on to Sam Houston State University or the University of Houston to complete a bachelor’s degree in engineering.

Those goals would not be possible were it not for the support he has so far received.

“I want to thank the Houston Livestock Show & Rodeo and Wharton County Junior College for helping me fulfill my dreams and for giving me the honor of continuing my education,” he said. “And I want to thank my mom and dad for always wanting more for me and encouraging me to be successful.”