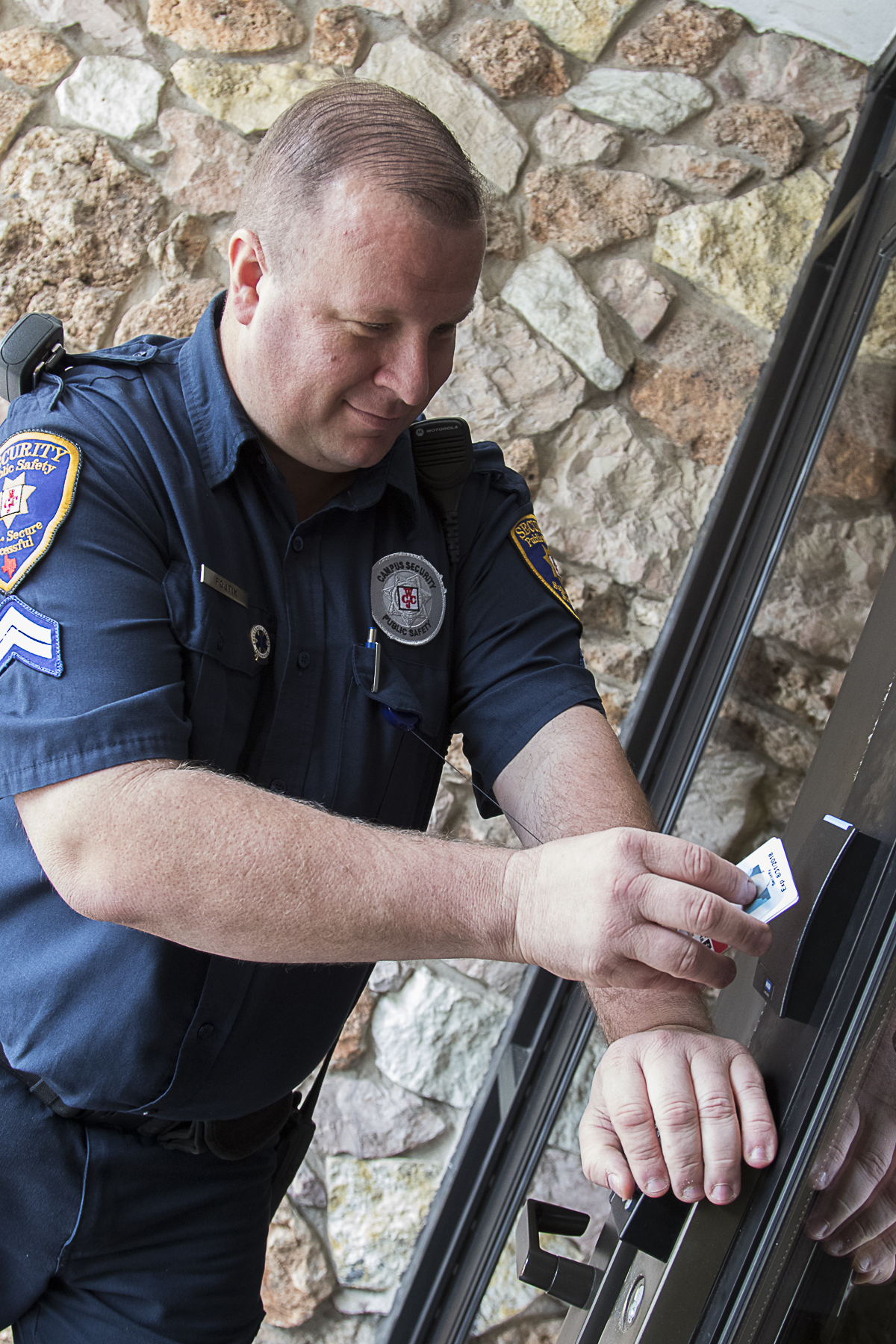 WHARTON, TEXAS – New door locks are nearly complete. Next up are video cameras. A project to upgrade the security of Wharton County Junior College’s Wharton, Richmond and Bay City campuses is now in full swing.

Crews from Houston-based Dowley Security Systems – the contractor for the $1.3 million project – have already completed infrastructure for the new locks and recently began installing the hardware. Frankie Hall and Mullins Hall – two residential halls on the Wharton campus – are now operational, with plans to bring additional buildings on-line over the next few weeks.

The upgrades allow faculty, staff and students to enter campus facilities via a proximity – or “prox” – card that automatically unlocks doors through a quick “scan” rather than having to slide a card through an electronic reader, which was how the previous system worked. Not only does that make entry points more user-friendly, it further creates an entirely new system of control for Terronez, campus security staff and college administration.

Building entry points can now be set to automatically lock or unlock according to a preset timetable. That negates the need for security or maintenance personnel to have to personally open or close every building door before or after classes.

“This type of scheduling will make things much more efficient,” Terronez said.

The system further enables college officials to “lock down” the entire campus from a remote location. That’s critical in the case of an emergency. In the case of a power outage, the buildings lock down automatically and must be unlocked through a key override system, though anyone left inside during such an incident will still be able to get out through an emergency exit.

The new locking system is just one of several features WCJC is implementing to boost security and create a safer learning and work environment. Several components – including classroom door locks, an emergency radio system and personal safes in residence halls – were completed over the past few semesters. Additional changes will include the installation of security cameras at building entry points and in parking areas, a new Public Address system and interior electronic signage.

The Wharton, Bay City and Richmond campuses will all benefit from the upgrades. The college’s Sugar Land campus falls under University of Houston security policies and is not included in the project.