‘THE MEANS TO CONTINUE’ 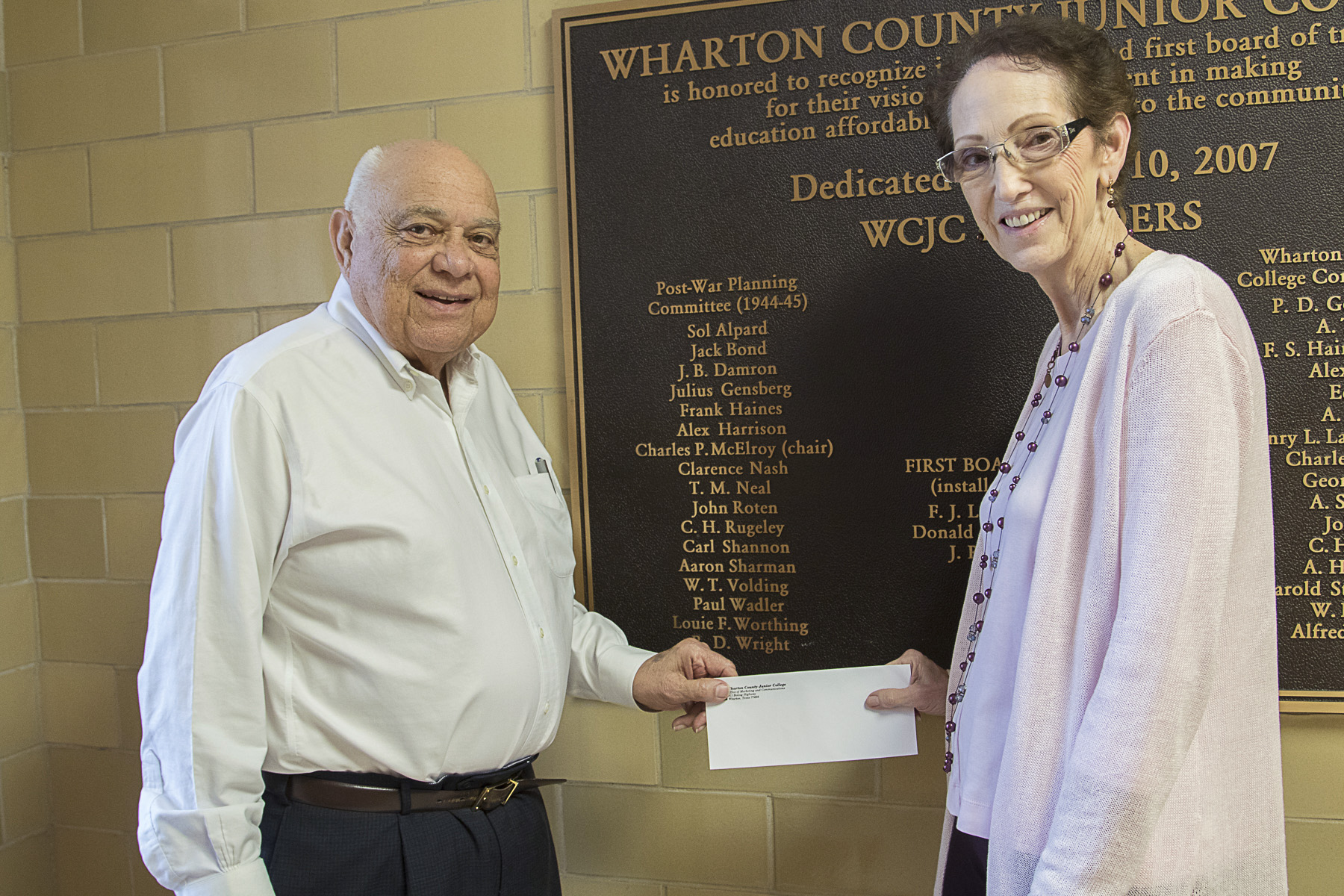 Wharton County Junior College Foundation Board of Trustees President Larry Wadler presents a check to WCJC President Betty McCrohan. The foundation has donated $100,000 for the benefit of WCJC students directly impacted by the recent Hurricane Harvey and the subsequent flooding.

The foundation recently donated $100,000 for WCJC students directly affected by the storm and the subsequent flooding that affected a large portion of the college’s service area. Efforts are underway to establish an account that can be accessed for tuition, fees and books for qualified students. An application process will be required and assistance will be provided on a case-by-case basis.

The college will make an announcement on its website (www.wcjc.edu) when the application process becomes available. Funds will be administered over a two-year period.

“The WCJC Foundation is well aware of the devastation left behind in the wake of Hurricane Harvey and we want to do our part to assist students who were directly impacted,” said WCJC Foundation Board of Trustees President Larry Wadler. “Our primary purpose is to ensure that WCJC students have the means to continue the pursuit of their educational goals despite any financial or material loss accrued from the storm.”

WCJC President Betty McCrohan applauded the foundation for its efforts.

“The WCJC Foundation Board of Trustees joins me in extending our heartfelt sorrow at the extreme conditions facing some of our students at this time,” said McCrohan, who was one of the thousands of Texans displaced during the storm and the subsequent river flooding.

Hurricane Harvey wreaked havoc on the Texas Gulf Coast region on Aug. 25, spawning a four-day deluge that saw record amounts of rainfall followed by unprecedented river flooding that left thousands without power or homes. The storm is said to be one of the most damaging natural disasters in the nation’s history.