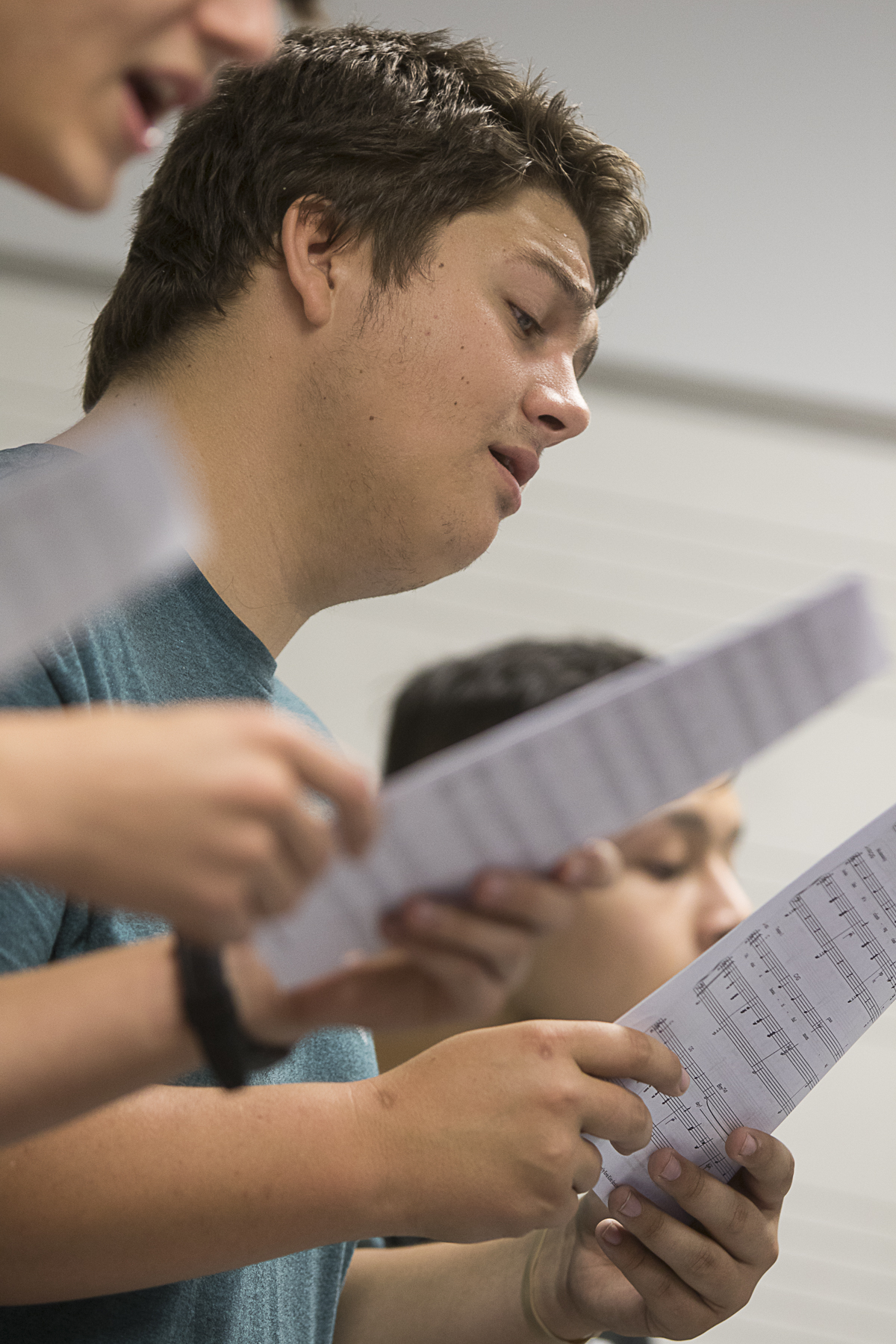 Wharton County Junior College Choir member Jacob Alexander of Wharton rehearses a song in preparation for the upcoming concert, Celebrate Music. The concert is scheduled for 7 p.m. Tuesday, Sept. 26, in the Duson-Hansen Fine Arts Building on the Wharton campus. It is free and open to the public.

WHARTON, TEXAS – The Wharton County Junior College Choir’s first concert of the fall 2017 season will focus on songs that provide hope, peace and joy, all of which are needed now more than ever due to the devastation left behind by Hurricane Harvey.

Entitled “Celebrate Music,” the performance is scheduled for 7 p.m. Tuesday, Sept. 26, in the Duson-Hansen Fine Arts Building on the Wharton campus. The concert’s title is based on one of the featured selections, Celebrate Music, by American composer Joseph M. Martin.

Selections will include Broadway hits from The Sound of Music, folk songs like Down By the Sally Gardens (from a William Butler Yeats poem) and spirituals such as Keep Your Lamps. Klotz said the works will convey various aspects of music, including its ability to provide peace and hope.

Preparing for the concert has been a challenge due to a shortened rehearsal schedule that resulted from canceled classes in the aftermath of Harvey. Klotz said the choir had only three weeks to prepare.

Even so, Klotz has been impressed with his students and their dedication to perfecting the music in such a short time frame.

“The students are digging in and working hard on the repertoire,” he said.

One of Klotz’s goals is to continue to expand the WCJC Choral Program. He said the choir has increased in membership from last year, and plans are to build upon that growth.

“I want us to be able to continue singing challenging and engaging music that moves and inspires people, but also helps each individual singer grow in their musicianship,” he said. “I hope the public comes out to enjoy our upcoming program and to hear these talented students perform as we sing pieces that celebrate music.”

The WCJC Choir will present “Celebrate Music” at 7 p.m. Tuesday, Sept. 26, in the Horton Foote Theatre in the Duson-Hansen Fine Arts Building on the Wharton campus. The event is open to the public and free of admission.