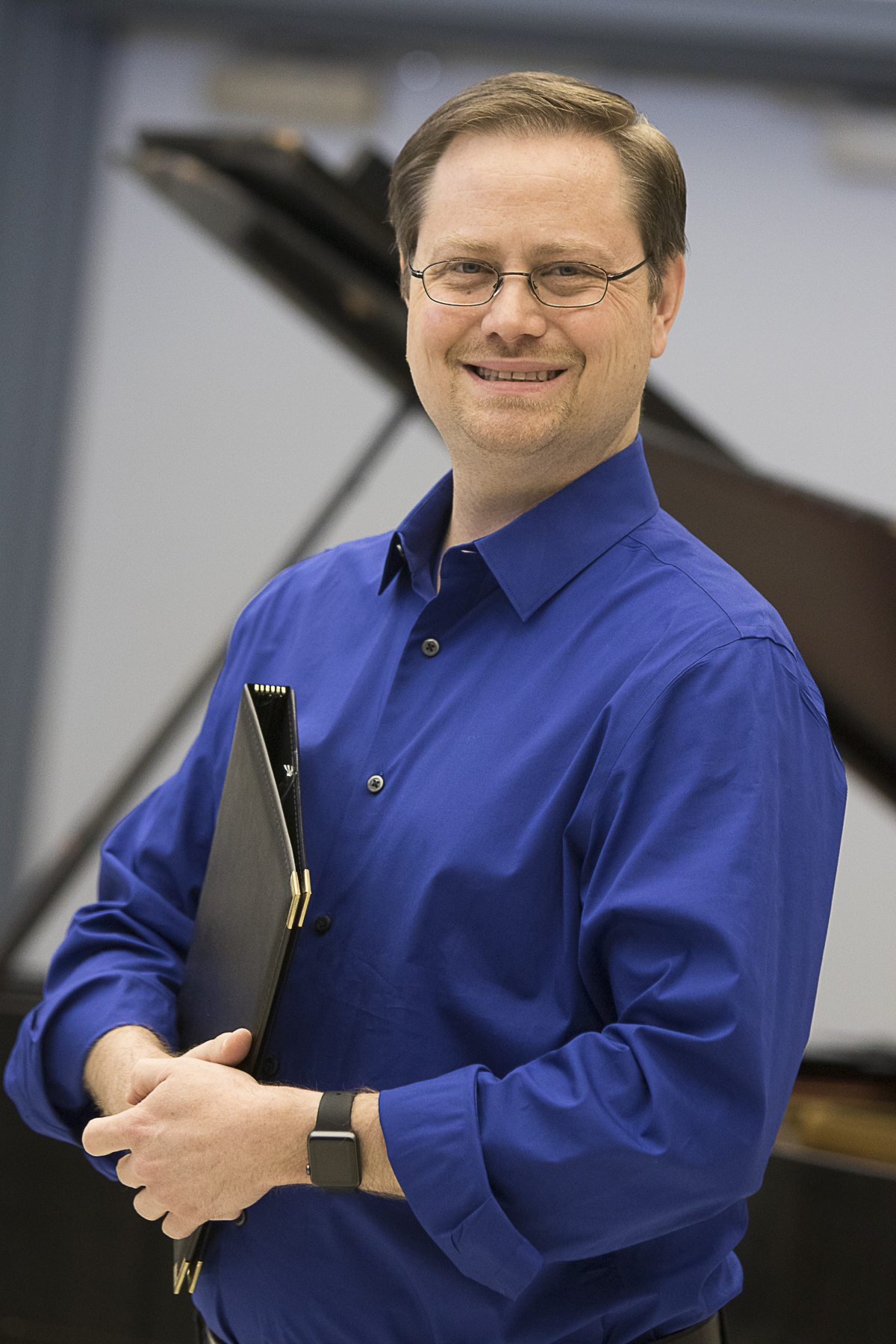 Wharton County Junior College Choir Director Dr. Kevin Klotz spent his summer preparing for a performance as a guest conductor at Carnegie Hall. Klotz will conduct a combined chorus at the famed concert hall in June of next year.

WHARTON, TEXAS – Wharton County Junior College Choir Director Dr. Kevin Klotz didn’t spend much time lounging by the pool this summer. The Sugar Land native instead focused his efforts on preparing for a performance as a guest conductor at Carnegie Hall.

One year from now, Klotz will take a choir to New York City for a performance at the world-famous concert hall. Klotz’s choir – comprised of members of the Houston Chorale Society and Sugar Land’s St. Laurence Catholic Church Choir – will be one of only a handful of groups locally and from across the nation participating in the special performance, which is being hosted by independent production company MidAmerica Productions.

“I am so honored to have this amazing opportunity to conduct in one of America’s most prestigious concert halls,” Klotz said.

Klotz participated in a similar concert at Carnegie Hall back in 2011, but as a choir member, not a director. This time he will be on the podium leading all the rehearsals and conducting the soloists, combined choruses and orchestra. Holding both master’s and doctoral degrees in choral conducting from the University of Houston, Klotz currently serves as WCJC’s choir director, as music minister for St. Laurence and as artistic director for the Houston Choral Society.

On Sunday, June 17, 2018 at Carnegie Hall, Klotz will conduct the Lord Nelson Mass, a challenging composition written by Joseph Haydn in 1798. The mass is one of 14 written by the famous composer and is often viewed as one of his greatest compositions. Originally named Missa in Angustiis (Mass for troubled times), the work later acquired the nickname the Lord Nelson Mass in honor of British Admiral Horatio Nelson, who led a shocking defeat of Napoleon Bonaparte’s forces in the summer of 1798 and may have attended an early performance of the masterwork.

Klotz will dedicate much rehearsal time in the fall and spring getting his choir ready for the Carnegie Hall performance – an event that he believes is a lifetime opportunity and an educational experience for singers and conductors alike.

“I cannot wait to conduct on the same stage that Itzhak Perlman has played, as well as the New York Philharmonic and even the Beatles,” he said. “It will be such a special and memorable experience.”