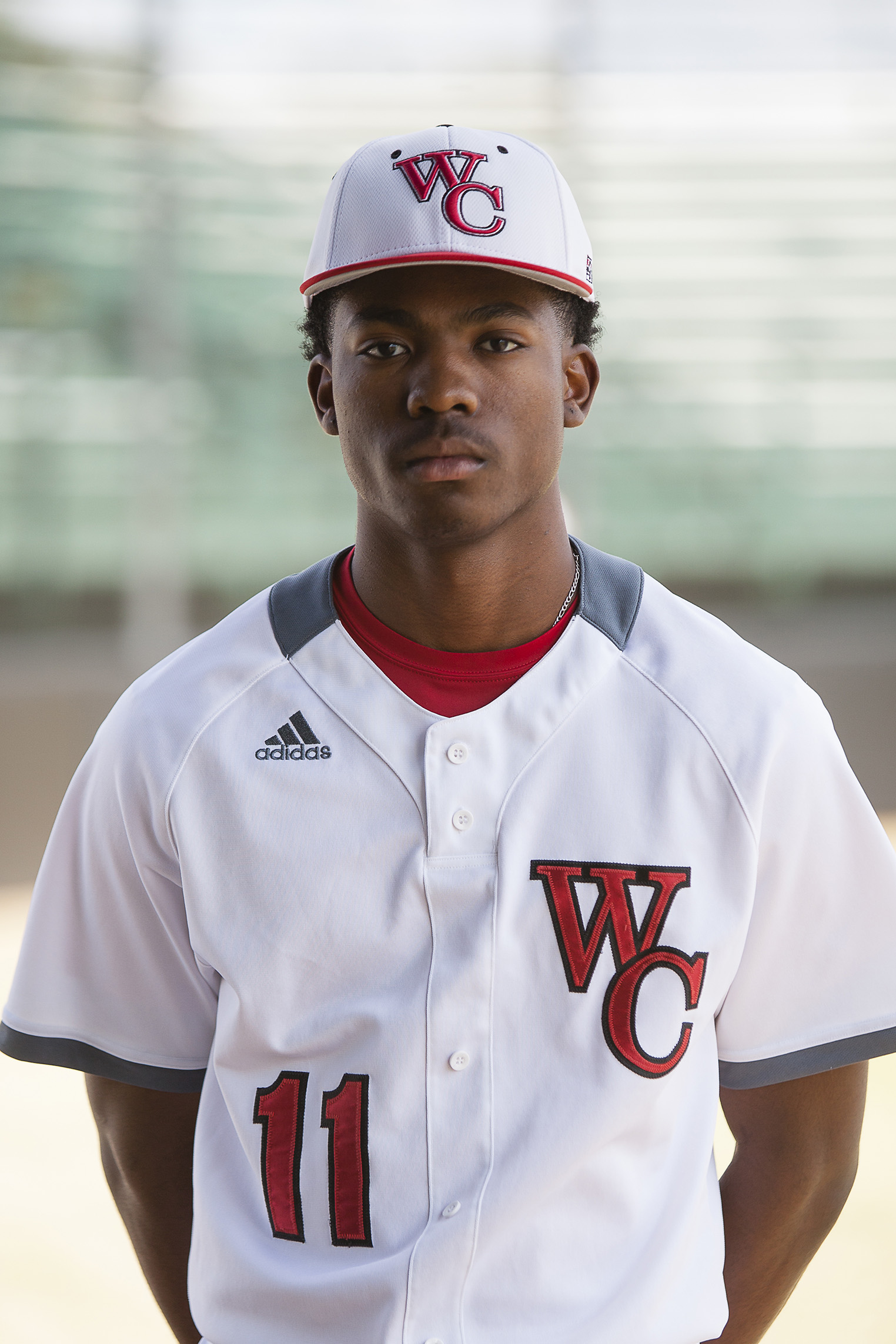 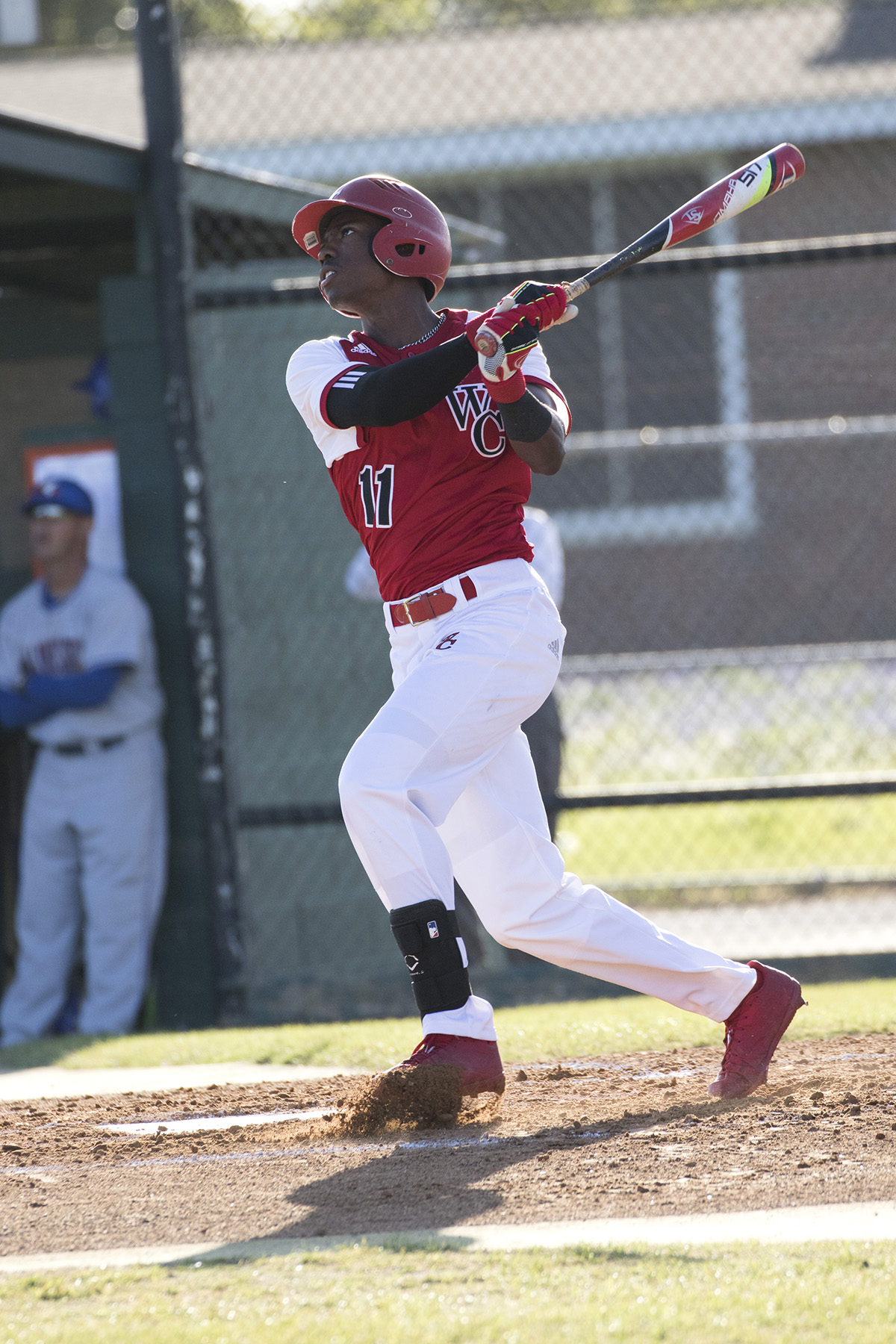 WHARTON, TEXAS – After two successful seasons with the Wharton County Junior College Pioneers baseball team, outfielder Spencer Griffin has achieved a lifelong goal of playing professional ball. Earlier this summer, the Sugar Land native was drafted by the Los Angeles Angels in the 16th round of the 2017 Major League Baseball Draft.

“I was really shocked,” Griffin said. “It’s been a dream of mine for so long to play professional baseball.”

Griffin has played baseball since the age of five, though he actually began learning the basics when only three. After his aunt bought him a tee ball set, Griffin spent countless hours learning how to hit, catch and throw under the tutelage of his father, David.

It quickly became apparent that the youngster had a natural aptitude for the sport.

“My dad saw me hitting pretty well off that tee and figured I could be pretty good at it,” Griffin said.

After honing his skills in little league, Griffin perfected his craft as a freshman and sophomore ball player at Kempner High School in Sugar Land and then as a junior and senior at Travis High School in Richmond.

“I knew without a doubt that I wanted to pursue a career in baseball,” he said.

Griffin heard of WCJC’s baseball program from a good friend, Cooper Weatherly, who had already committed to joining the Pioneers baseball team as an outfielder. Griffin soon followed suit, making the 2015-2016 squad. His freshman year turned out to be a memorable one, with the Pioneers making it all the way to the finals of the National Junior College Athletic Association’s Region 14 Tournament. Griffin showcased his abilities in the first game of the tournament, going four for five at the plate with a homerun, a triple and two singles.

“My favorite memory from my time at WCJC would have to be playing in that regional tournament,” he said.

Griffin credits his teammates for their support and the WCJC coaching staff – led by head Coach Keith Case – with providing the skills needed to be a successful outfielder and hitter.

“A lot of the things they taught me I will carry with me into pro ball,” he said. “They did an excellent job of preparing me and molding me for what was to come.”

Case said Griffin was an outstanding player who has been rewarded for his hard work and talent with an opportunity few other players ever get.

“I’m proud of Spencer and happy for his family,” Case said.

Griffin is currently based in Tempe, Ariz., and will play rookie ball for the Angels this coming season, working hard on trying to eventually earn a spot on the team’s 40-man major league roster. His training will focus on strength building and further refinement of his blazing speed, which helped him become a standout at WCJC.

“In the next few years I hope to be knocking on the door of the Big Leagues, in Double A or Triple A, making a strong case to earn a spot,” Griffin said. “My long term goal is to be a Major League player one day and to play for a long time. I love to compete and I want to be one of the best outfielders to ever play the game.”

Griffin credits both the WCJC coaching staff as well as a former coach – the late Dennis Carter – with providing the training necessary to compete at the professional level. He thanks his family for their unwavering support, particularly his dad for the countless hours of learning the basics.

He further believes his faith has played a significant role in his success.

“I’m extremely excited and so blessed to be where I am today, and God gets all the glory,” Griffin said.

On an interesting side note, Griffin’s younger brother, Grant, who just graduated high school, has committed to playing next season for the WCJC Pioneers. Griffin is excited about his brother following in his footsteps.

“I feel WCJC helped me a lot in becoming a better overall player and person away from the field,” he said. “Overall I absolutely loved being a Pioneer and I wouldn’t trade it for anything.”