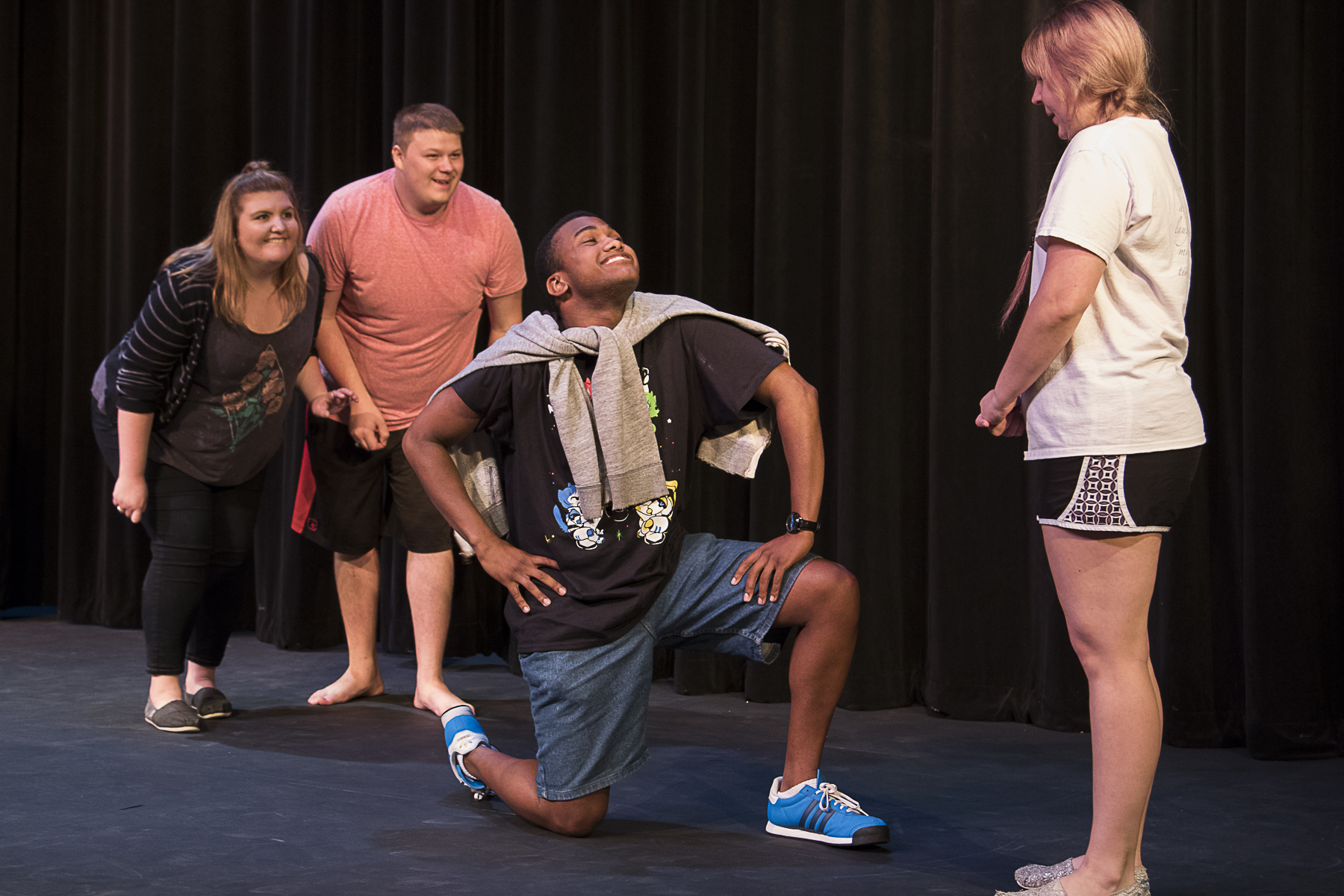 Wharton County Junior College students rehearse a scene from Bedtime Stories (as told by our dad) (who messed them up) which opens on April 27 at the Horton Foote Theatre in the Duson-Hansen Fine Arts Building on the Wharton campus. The show is free of admission and open to the public. Pictured, from left to right, are Megan Poffenbarger of Wharton, Tyler Korff of Markham, Jackson Rogers of Richmond and Bunny Kulak of Boling.

Wharton County Junior College’s Drama Department will close out its spring season with an unusual take on classic children’s fairytales.

Opening on April 27 at the Horton Foote Theatre in the Duson-Hansen Fine Arts Building on the Wharton campus, Bedtime Stories (as told by our dad) (who messed them up) chronicles what happens when an exhausted father takes over the story-telling duties for one night. From Rumpelstiltskin turning gold into straw to a princess sleeping on a mattress above a can of peas, the classic tales get a little confused and take on a unique life of their own.

“I was looking for something that’s different,” said WCJC Drama Instructor Greg McLarty, referring to the script.

The end result is plenty of humor, wild characterizations and witty dialogue. Although enjoyable for an adult crowd, the play is geared toward elementary-aged students and is part of the drama department’s annual Children’s Production series. Invitations were sent out to area elementary schools and a morning and afternoon performance will be held in addition to the usual night-time showings.

“There are some parts that are specifically written for kids,” McLarty said.

McLarty noted that this particular play has provided his actors with an opportunity to try out different accents and character traits as it presents a less formal view of the traditional stories.

“The students get to work out the nuances together,” he said.

The WCJC Drama Department will present Bedtime Stories (as told by our dad) (who messed them up) at 7 p.m. on Thursday, April 27 through Saturday, April 29 at the Horton Foote Theatre in the Duson-Hansen Fine Arts Building on the Wharton campus. Additional performances are scheduled for area elementary school students. The production is open to the public and free of admission.