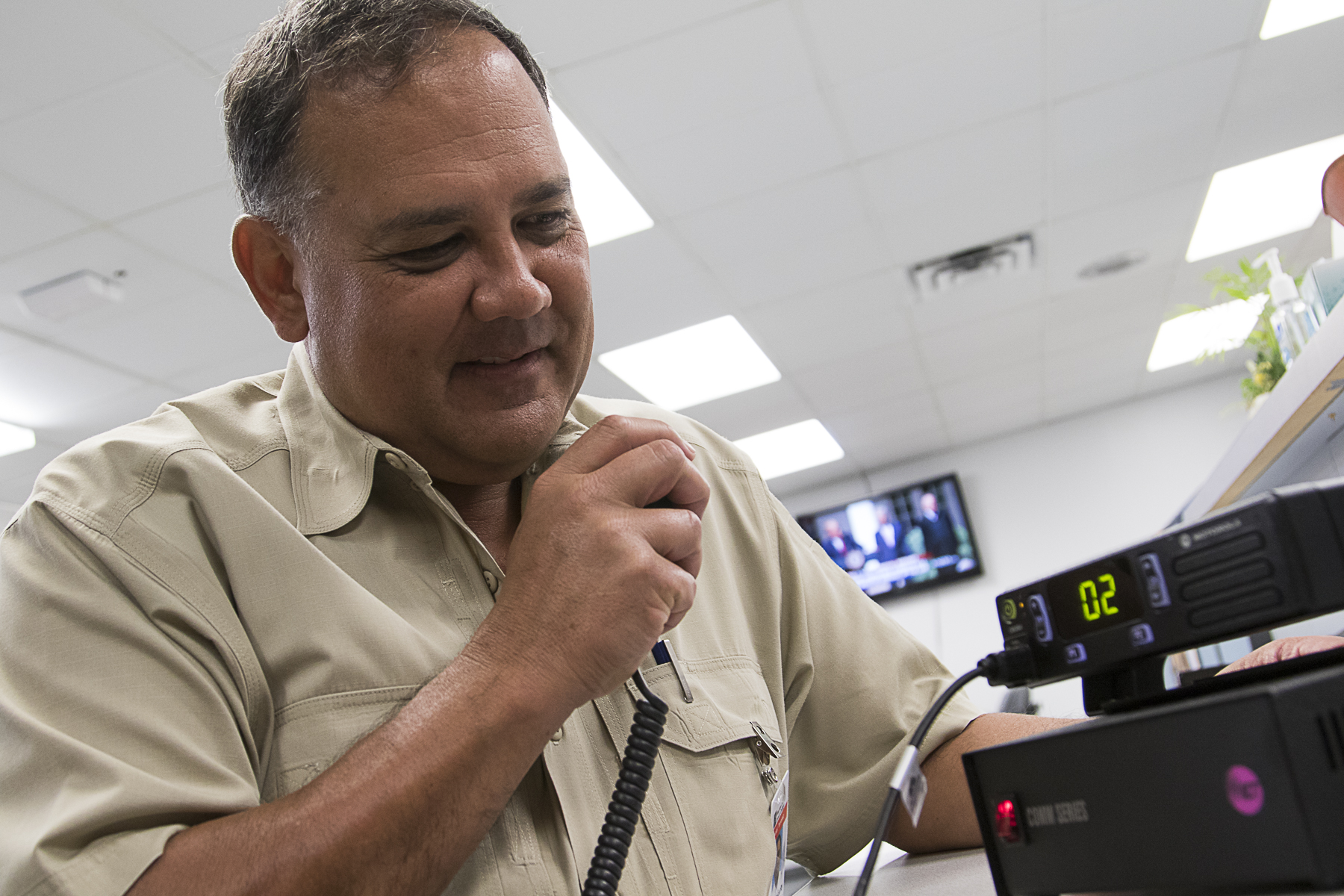 Danny Terronez, Wharton County Junior College‚s Security and Public Safety Director, demonstrates the college‚s radio system, which allows department offices to communicate directly with security in the event of an emergency. The radios were purchased and installed as part of a comprehensive, $1.3 million effort to improve safety and security at the college‚s Wharton, Bay City and Richmond campuses.

From security cameras to exterior lighting to remote-controlled door locks, Wharton County Junior College is taking the safety of its students and staff seriously.

Since 2015, the college’s Safety and Security Advisory Committee has outlined several key projects aimed at improving the security systems at the Wharton, Bay City and Richmond campuses. A portion of the projects have already been completed, while others have received approval by the WCJC Board of Trustees but are still pending.

“You can’t place a price tag on the safety of your students, faculty and staff,” McCrohan said. “These state-of-the-art upgrades and improvements will allow the college to provide a safe environment for learning and for achieving personal goals.”

Danny Terronez, WCJC’s Security and Public Safety Director, said the upgrades will be of benefit to all who set foot on WCJC’s Wharton, Richmond and Bay City campuses.

“These projects will provide a safe environment for staff, students and visitors to the campus,” Terronez said.