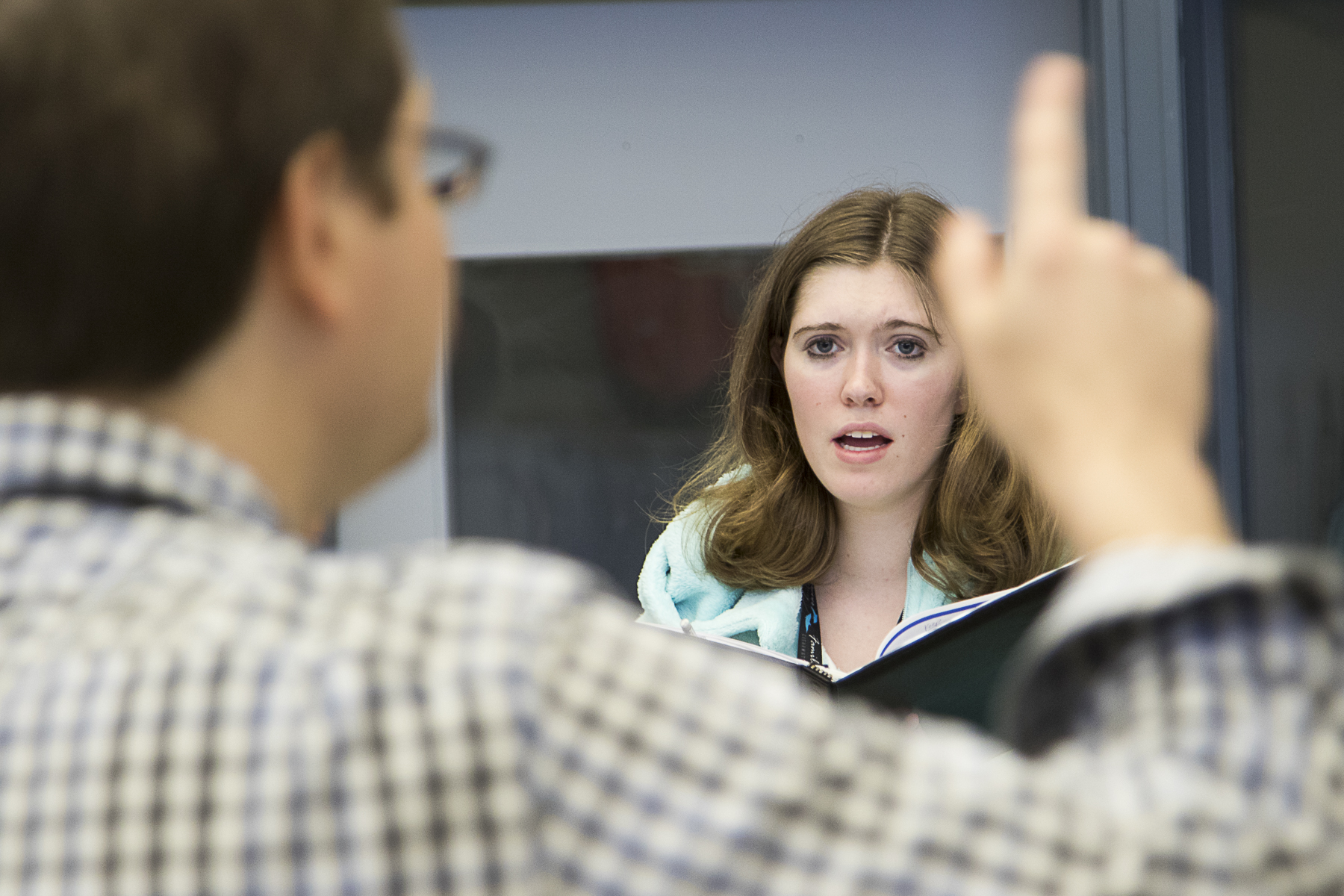 Wharton County Junior College Choir student Kathlyn Rek of El Campo responds to Choir Director Kevin Klotz‚s direction during a rehearsal for the upcoming concert, I Hear America Singing. The concert is scheduled for 7 p.m. Tuesday, March 21, at the Horton Foote Theatre in the Duson-Hansen Fine Arts Building on the Wharton campus. The public is invited and there is no admission.

The Wharton County Junior College Choir will celebrate American composers and arrangers during their upcoming concert, I Hear America Singing.

Scheduled for 7 p.m. Tuesday, March 21, in the Horton Foote Theatre in the Duson-Hansen Fine Arts Building on the Wharton campus, the concert will focus on music created in the United States as well as foreign songs that have been rearranged by American composers.

One selection, “Can’t Buy Me Love,” was made popular by The Beatles but has been newly arranged as a vocal piece with jazz influences. Other selections include “I Hear America Singing,” “Let Everything that Hath Breath,” “The Man I Love,” and “Over the Rainbow.”

“Over the Rainbow” will feature ukulele accompaniment and a unique vocal arrangement.

WCJC Choir Director Dr. Kevin Klotz said the students are doing an admirable job of mastering the challenging pieces. He said it takes a multi-step process to properly learn the music.

“First, we must learn the notes. Then, we learn how to sing the notes,” Klotz said. “Finally, we try to become the music and communicate the message of the text to the audience.”

Both the Chamber Singers and Concert Choir will participate in the concert. Klotz is hoping for a good turnout to support not only his students but the composers who dedicated so much of their lives to crafting such incredible pieces.

The WCJC Choir will perform I Hear America Singing at 7 p.m. Tuesday, March 21, at the Horton Foote Theatre in the Duson-Hansen Fine Arts Building on the Wharton campus. The show is open to the public and free of admission.