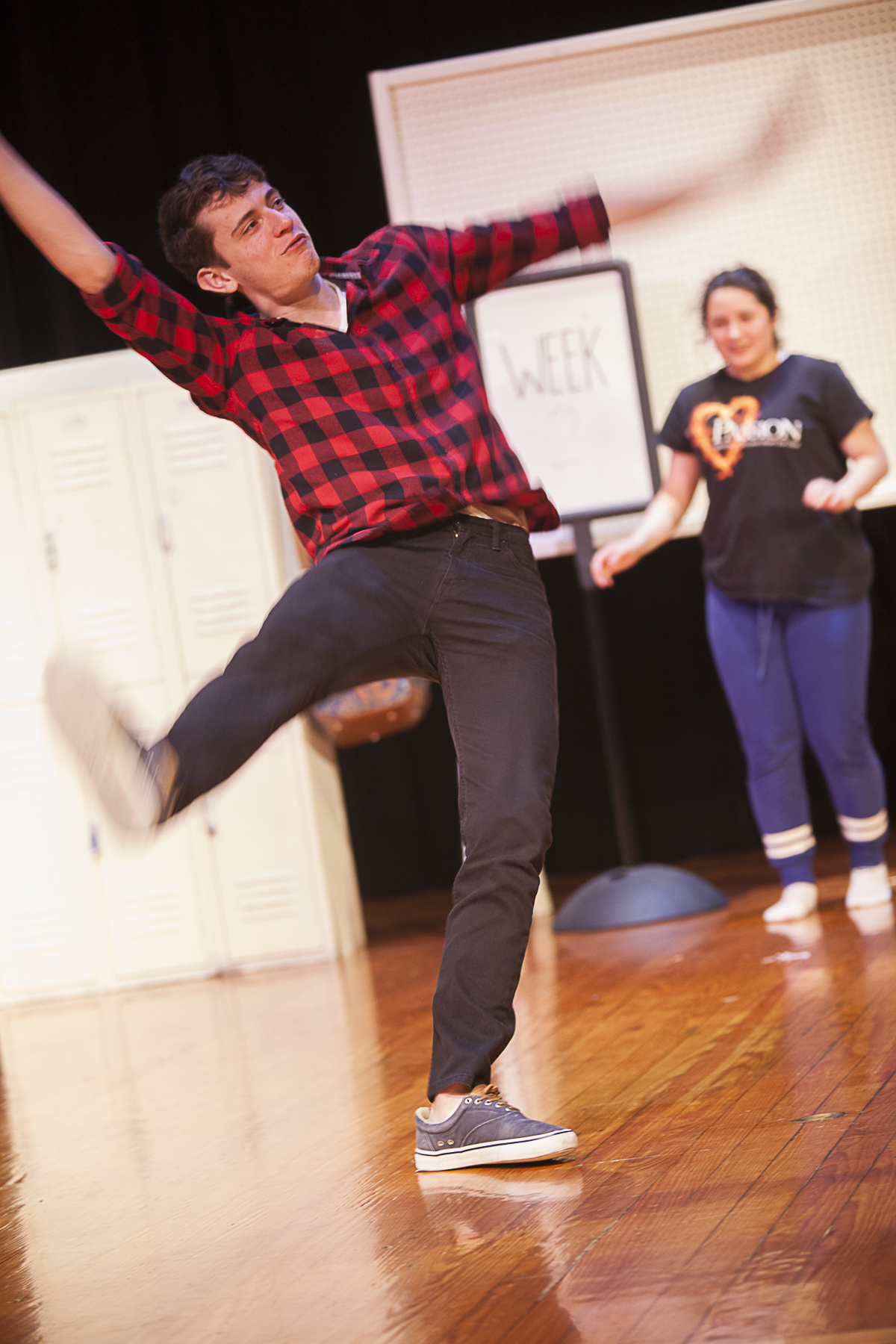 Wharton County Junior College student Cole Fitzgerald of Bay City acts out a humorous scene while Amber Ryder of Needville looks on during a recent rehearsal for Circle Mirror Transformation. The show will open at 7 p.m. Thursday, Feb. 23, at the Horton Foote Theatre in the Duson-Hansen Fine Arts Building on the Wharton campus. The play is free of admission and open to the public.

WCJC Instructor of Drama Jami Hughes says such a production is a fascinating exercise for students as they get to play characters remarkably similar to themselves. It’s a unique opportunity for the audience, as well, since it reveals a behind-the-scenes look at the world of acting.

“This play reveals actual exercises and techniques we employ in our theater classes,” Hughes said.

Since students are well acquainted with many of the theater methods outlined in the play, Hughes will allow her actors to improvise in several scenes. That creates realism beyond the typical process of learning a part by rote.

“I’m excited about seeing the students ad lib these scenes,” Hughes said. “It makes for an entertaining performance.”

The play addresses common relationship issues that students – and the audience – will recognize.

“We all know these people that are being portrayed in this play,” Hughes said. “Their problems are universal and their personalities will be familiar.”

The WCJC Drama Department will present Circle Mirror Transformation at 7 p.m. on Thursday, Feb. 23 through Saturday, Feb. 25 at the Horton Foote Theatre in the Duson-Hansen Fine Arts Building on the Wharton campus. The play is open to the public and free of admission.